Inspiration must strike from somewhere, right? We were repeatedly told at school that there are no new ideas, that it has all been done before. The music industry has seemingly embraced this with welcoming arms. The use of sampling in popular music has been rampant since the 1970s, but what are the creative, legal, and personal ramifications of such a contentious lack of distinction between inspiration and theft?

The US Circuit Court of Appeals recently upheld the ruling that Robin Thicke and Pharrell Williams’ 2013 hit Blurred Lines infringed copyright by illegally copying Marvin Gaye’s Got to Give It Up. The case, which was monitored closely by industry experts for potential future impact, concluded in granting Gaye’s family USD$5.3 million. The Blurred Lines case is particularly interesting given the long and diverse history of music copyright infringement rulings. While this ruling was straightforward and with little consequence, some previous cases, however, presented much more complexity.

A famous Australian example is the considerable similarity between the 1934 children’s song Kookaburra Sits in the Old Gum Tree, rights owned by Larrikin Music, and the classic Men at Work 1981 hit Down Under. Identification of the identical melodies, voice and flute respectively, surprisingly originated in an episode of Spicks and Specks in 2007. By the next day, Larrikin Music had commenced legal action against the Down Under songwriters. The court case took just under a year, ultimately ruling that Down Under “reproduced a substantial part of Kookaburra”, with Larrikin to receive 5% of all royalties. 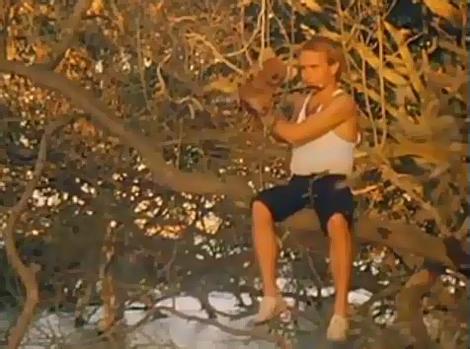 The issues with such a ruling were only just being revealed. Many in the Australian public considered that traditional children’s songs should be within the public domain due to extensive use within the community and the lack of openly recognised ownership. In turn, the case raised debate over the ability to privately ‘own’ tunes intrinsically tied to childhood nostalgia. If our initial introduction to melody and rhythm is withheld from adaptation, then where is the capacity or ambition to initiate artistic production?

The “Kookaburra/Down Under” infringement ruling had tremendous professional and personal impacts on Men at Work. The flautist Greg Ham said he was “terribly disappointed that that’s the way I’m going to be remembered – for copying something”, with the case tarnishing his reputation in the music industry permanently. The copyright case has been tied to his early death in the public’s eyes. Whether it was correlated or merely coincidental, it demonstrated a clear response to the personal ramifications of such theft, even when unintended.

Another infamous example of copyright infringement is between Queen and David Bowie’s 1981 Under Pressure and Vanilla Ice’s 1990 Ice Ice Baby – two songs with intros that I personally cannot differentiate. Vanilla Ice almost directly sampled Queen’s bass line without credit or royalties. Ice famously insisted that the melodies were not identical due to the addition of a beat between notes but later insisted he was joking when presented with an infringement lawsuit.

This case is fascinating for a vastly different reason to the ones above – Queen and Bowie, and Ice settled outside of court. Ice’s agreement to give financial recompense and song-writing credits signified his admittance of theft. This case initiated discussion about the legal system’s strength in protecting creative, as well as financial rights. Ice freely admitted in an interview with Smash Hits magazine that the idea of sampling came from “[going] through old records that my brother had… he had a copy of Under Pressure. And putting those sounds to hip-hop was great”.  Ice drew from what he knew to construct a modernised musical piece, and this is an illustration of the support that should be granted for artists to experiment and produce original sounds. 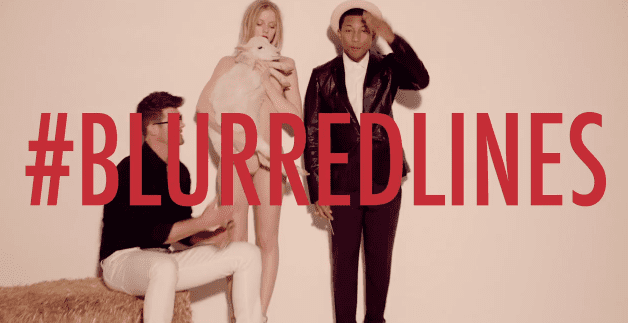 The lines are blurred when it comes to copyright in the music industry.

So what influence do these copyright infringement cases have on the music industry? Sampling is never a clear issue, as certain chords are undeniably found in many pop songs. Due to the US doctrine of Fair Use (an abstract and unquantifiable phrase) limited use of copyrighted material may be used without prior permission if credit is given. Hence, lawsuits seem to do little for clarifying the future status of creative rights within the industry as legal recourse is case-by-case. Musical creativity is quashed through fear of legal disputes, as what we consider public work cannot be reinvented.

Nonetheless, creative endeavours do require protection, particularly the pioneers of the music industry who are deserving of copyright for their innovation. Such laws are necessary to allow profits to be acquired as well as the right to choose when and where the piece is used, but copyright must be enforced appropriately to not lead to suppression of imagination and reasonable use.

Imagine a world with music without creative protection, without risks, without inspiration. That’s what I think the Blurred Lines lawsuit is leading us to.

The Beginner’s Guide to the Symphony