Black Panther is a ground-breaking film in the superhero genre, with a cast composed almost entirely of people of colour, and an African American director and screenwriter. The film manages to incorporate explorations of feminism, globalisation and tradition, whilst proving to be an exciting action flick at heart. Black Panther is a certified box office hit, recently passing the one-billion-dollar mark to prove the naysayers wrong and demonstrate the desperate need for increased diversity in cinema.

Set in the fictional African state of Wakanda, the film begins with the newly appointed King and Black Panther T’Challa, who rules over the futuristic utopian kingdom kept secret from the world for centuries. While the film doesn’t break much ground in terms of the Marvel plot formula, Black Panther manages to stand out by exploring deeper topics over the course of the movie. The Vibranium that has ensured Wakanda’s prosperity faces increasing threats and poses the question to viewers whether a state in utopia and security should be able to come at the cost of aiding the global community. In a time where leading nations are increasingly resisting globalisation, Wakanda too feels the pressure to share the wealth amongst their impoverished neighbours. 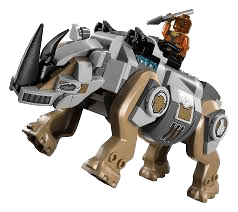 Alongside such issues, Black Panther gives a rarely portrayed (albeit fictional) view of African culture, customs, and life in a modern context. The backdrop of a non-Western region in the mainstream film provides a refreshing divergence from the archetypal superhero film, whilst showcasing a cast of some of Hollywood’s most promising black actors; Lupita Nyong’o shines as Wakandan spy Nakia.

When it comes to the film’s villains, however, Andy Serkis’ Klaue offers what may be the worst South African accent ever portrayed in a film, and does little to stir fear or embody any real threat. While undoubtedly more complex, Michael B. Jordan’s ‘Killmonger’ also presents a fairly stereotypically irrational and violent villain.

It’s worth mentioning, however, that Jordan’s Killmonger plays a vital role in connecting the narrative to the real world through his representation of African Americans. He is the driving force of the argument to share the Wakandan wealth with the masses and to support people of colour who face discrimination across the globe. In this sense, despite his callous brutality, you are able to empathise with him, and understand the motives which drive his actions. He did not grow up in the Wakandan Utopia like the other characters, greatly shaping and differentiating his perspective and worldviews. In my opinion, the empathy the audience still feels for his character makes him a worthy villain for an all-around top-notch superhero film.

If for nothing else, the latest addition to the Marvel universe is worth a watch for the boss-ass female characters. Black Panther is brimming with free-thinking, independent and strong female leads, something I pray we see more of in 2018.

On the whole, Black Panther is a thrilling and tightly packed 2 hours 15 minutes of action, with a stellar cast and amazing special effects to boot. 4/5 stars overall, and 5/5 stars for finally giving the stale superhero film genre a well-needed shake-up.