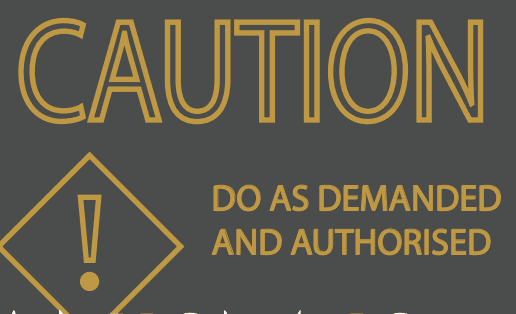 Authoritarianism is the Virus

I don’t know about you, but I regularly fantasise about being a dictator. While wholeheartedly believing in the values of democracy, I do sometimes think it would be nice if I could click my fingers and make a few things happen. I want to protect the Great Barrier Reef. I want to make genuine amends with First Nations Australians. I want to invest in renewable energy, provide free healthcare for everyone and have a world class national curriculum. And I wish, wish, wish most governments had been quicker and more serious in responding to the outbreak of COVID-19.

Democracy is inherently inefficient. A large amount of to-ing and fro-ing usually has to take place before anything gets done. Now that I have so much extra time for social media and internet trolling, I’ve heard a lot of talk about how authoritarian governments have been more successful at deal- ing with the coronavirus. This stems from the idea that they can crack down on it (and their populations) more harshly. I suppose this prompted my return to fantasies of a utopian dictatorship – with myself at the head. Nevertheless, I contend that it is not actually regime type which defines success in clamping down on COVID-19. Authoritarianism has responded in some very problematic and self-serving ways to the outbreak of the virus.

Firstly, authoritarianism is not a necessary factor to successfully contain the virus, demonstrated by the firm responses of South Korea and Taiwan. Both democratic countries acted promptly with early travel restrictions and began testing and isolating positive cases immediately. The common denominator here is a strong state capacity, which comprises effective systems of bureaucracy, public infrastructure and centralised political power at the national level. Whilst cases in Europe and the United States skyrocket, South Korea and Taiwan at the time of writing have much fewer cases relative to the size of their populations, performed a significantly higher number of tests and suffered relatively fewer deaths. As of today (Tuesday 14 April), Taiwan has had only 393 cases, but performed 47,215 tests. Hence, some democracies have performed exceptionally well, whilst others have failed miserably.

Similarly, some authoritarian governments had successes, whilst others performed like a toddler trying to drive a car. Singapore (despite its recent miscalculations) was off to a very effective start, with strict quarantine rules and contact tracing. The global spread of the virus was arguably due to Chi- na’s decentralisation of power and incentives for the regional government in Wuhan to cover up the emergency. However, if we believe the statistics that China has been reporting, once they got going, they were incredibly rigorous and aggressive in their containment of the virus, and as a result the daily increase in cases seems unbelievably low. On the other hand, Iran’s president Hassan Rouhani has prioritised economic interests, encouraged the reopening of millions of businesses, and relaxed social distancing rules. Their case count is now next to China at 73,303.

I would argue that rather than regime type, it is culture and experience that influenced the success of many East Asian states. The previous coronavirus strains of SARS in 2002 and MERS in 2015 were in some ways a dress rehearsal for COVID-19. It was already a norm to wear masks in public, and those populations had experience with periods of staying inside and having civil liberties infringed upon, all of which remain sensitive topics in the West. Furthermore, centralised authority leads to much more efficient decision-making, and after SARS, Taiwan founded a central command centre for epidemics. In Asia there is no stigma attached to wearing masks — you are likely doing a general public service by being cautious, or perhaps you are immuno-compromised and simply taking a precaution in crowded places. Additionally, masks are more widely and immediately available in Asian countries. This is unlike many Western states where people wearing masks have experienced racial discrimination, and shortages have affected those most in need. We have also not had to experience contact tracing before. One only has to look as far as the Bondi beach-goers to find many people who valued their individual rights and freedoms above public health or government mandates.

Authoritarianism is inherently more efficient than democracy because it completely cuts out the process of debate. There are aspects of it that would be useful in these chaotic times when our ideals of individual freedom and ‘rights’ could manifest dangerously for our society. Unfortunately authoritarianism is often served with a side of state controlled information and human rights abuse. Democratic governments, in order to effectively contain the virus, were forced to adopt aspects of this. In South Korea and Taiwan, there were costs to human rights as a result of their harsh containment of the virus. Yet this occurred in China to a far greater extent due to initial efforts to hide what was going on and the disappearances of people daring to criticise the Communist Party of China (CCP). Authoritarian and authoritarian-leaning governments have also exploited current circumstances to strengthen their regimes. Hungary is a notable example. The Prime Minister, Viktor Orbán, can now rule by decree for an indefinite period, and has responded to accusations of restricting freedoms and violating democratic norms by insisting this decision is purely about fighting the coronavirus.

We have also seen significant problems caused by misinformation and a lack of transparency typical of authoritarian governments. For example, Alexander Lukashenko, the President of Belarus, stated that no one would die of the coronavirus and that it can be remedied by drinking vodka and going to saunas. The leaders of Turkmenistan and North Korea have insist- ed that they have zero cases of the virus, despite receiving money from the World Health Organisation to combat it. These responses are likely to have very dangerous implications for the citizens of these countries.

Whilst I love the idea of instituting my own utopian dictatorship where we cultivate symbiotic relationships with dolphins (after everyone stays inside and acts responsibly to stop coronavirus), in practice, authoritarianism is not the answer. Despite what some people are saying, coronavirus has not been a shining moment for authoritarian- ism. Instead, we should be encouraging our leaders to take responsible action for the sake of the health of the global community. It is a time for governments to take firm action and make economic sacrifices, not humanitarian ones.