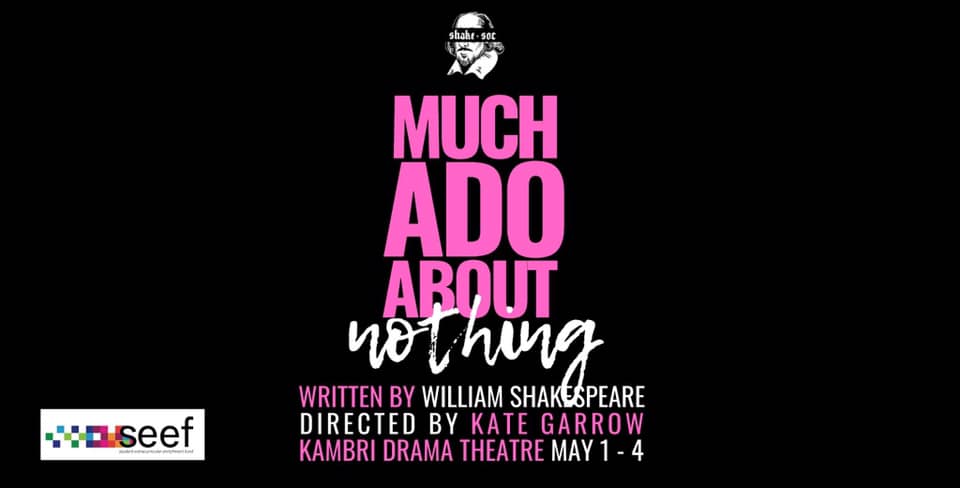 ANU ShakeSoc Presents: Much Ado About Nothing: A Review

It wouldn’t be the theatre without death, a wedding, tears of laughter and a few turtlenecks; and that’s exactly how I would describe Much Ado About Nothing. Directed by Kate Garrow, the Shakespeare Society presents the comedic tragedy that follows the life of two couples who couldn’t be more opposite. Hero and Claudio, played by Emma Roberts and Rohan Piliutla share a romance that can only be described as a fantasy: meet, instantly fall in love, get married… almost, die…almost, then actually get married – but under false pretenses of course. Roberts’ wail when Hero is falsely accused of not being ‘pure’ is so powerful it drowns out Piliutla’s aggressive monologue. A perfect tragedy. For the comedy look no further than most every scene with The Watch. They don’t need to rely on laughs to keep the audience alert however – the repeated sounding of an air horn does a great job of that.

If you’ve ever seen a romantic comedy, you’ll know the story of Beatrice and Benedick (played by Cailtin Baker and Damon Baudin respectively). First they can’t stand to be near each other, then they can’t stand to be apart. The only difference in Much Ado About Nothing is that it takes everyone around them to be in cahoots and create fake letters professing their love for one another to make that happen. Beatrice and Benedick; Baker and Baudin. Though their names belong in the B-team, their acting definitely doesn’t. Baker and Baudin steal the show with their endless banter, wit and intellectual energy.

From the villain to the friar, each character is dripping with comedic material – some more so than others. But, without the lulls, the highs wouldn’t be as funny or as memorable. With serene guitar solos, a hilarious flute-like-instrument solo, and dance routines comparable only to ‘Mamma Mia’’s ‘Voulez-Vous’, the talent in this play is not limited to acting. Though the accents were questionable at times, they were far better than the average person’s and thus, my hat goes off to everyone involved in bringing this play to the Kambri stage.

If a night of laughter, sadness, and sexual innuendoes is what you desire, look no further than the Shakespeare Society’s Much Ado About Nothing.

The Shakespeare Society’s Much Ado About Nothing is at the Kambri Drama Theatre for final showings on the 4th May.