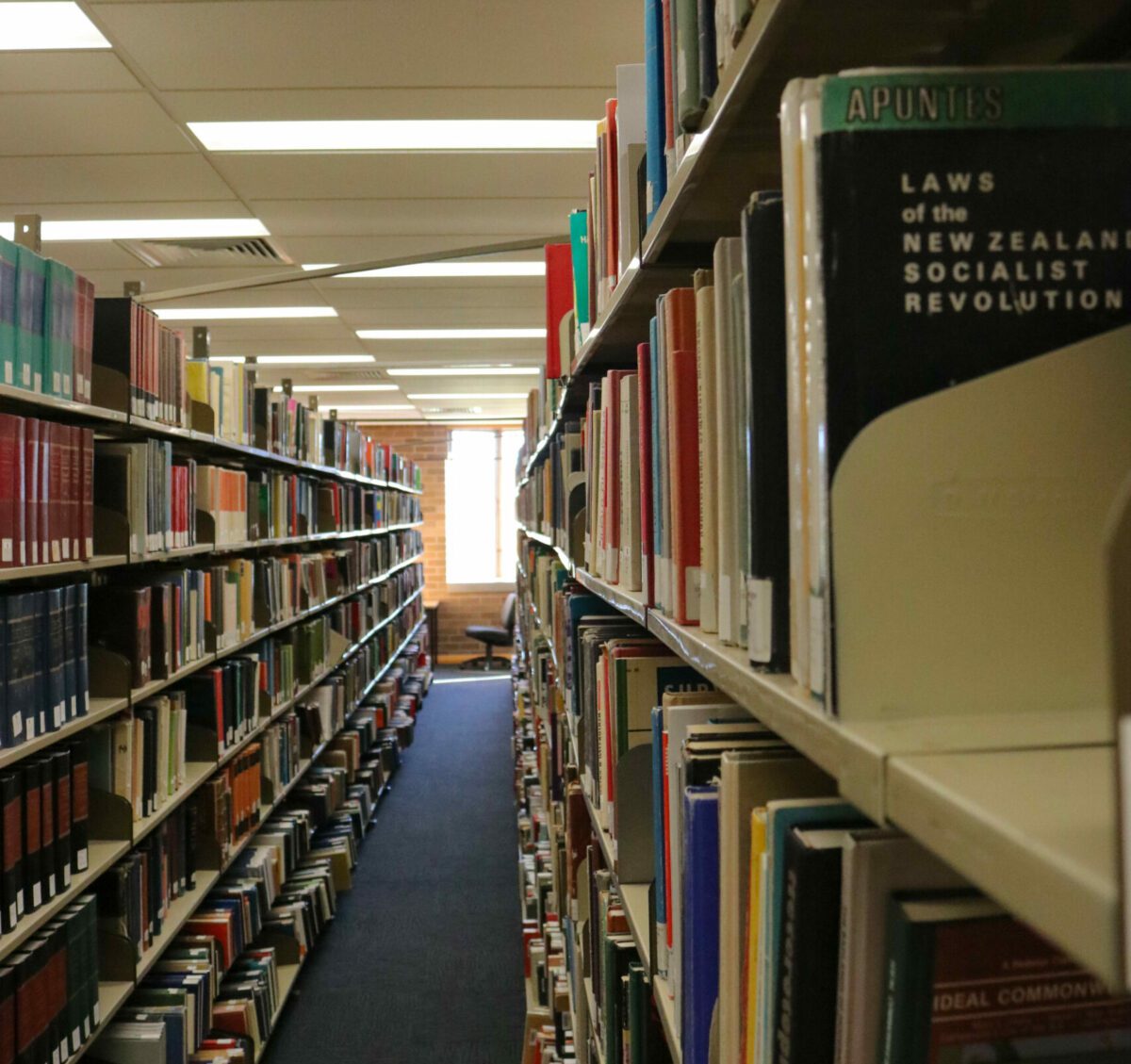 You wake up in Chifley library. Who knows how long you have been there, or the last time you ate a meal that wasn’t from a microwave. All you know is that you are cramming for your final exam tonight. You search the front desk and the desolate corridors, but there is not a soul in sight who understands the Dewey Decimal system. You boot up your laptop, but you can’t connect to ANU Secure. Feverishly, you scramble to the IT Help AskANU desk, but instead a message greets you: “for support please log a ticket”. How can you log a ticket when you can’t get online? You pinch yourself awake, but this is not some Kafkaesque nightmare. This is the Australian National University.

In response to lower-than-expected revenue since the outbreak of COVID-19, the ANU University Council has embarked on a campaign of cuts to courses, staff pay and positions to save costs. Recently come to light are the effects of these cuts to libraries. Library ‘stand-down’ workers, the staff who help us on weekends and evenings, have had their hours cut. One librarian reported that their working week had been cut from 19 hours in Semester One to three hours in Semester Two of 2020. These reductions occurred despite the fact that the staff are employed on a permanent part-time basis, and for many it’s their sole source of income.

Compounding the issue of fewer hours is that there are also fewer staff. As a result of ANU management’s campaign to reduce staff last year, 17 full-time equivalent librarians took Voluntary Early Separations. This semester, the librarians who remain will receive between three and nine hours of work each week. The question is: what happens to all of the important work that librarians at Chifley, Menzies, and Hancock used to do before COVID? Either it is not done, or it is shouldered by staff who bear increased workloads for the same pay over fewer hours.

How did we get here? It may seem that the recent crisis in universities was unpredictable. Our Vice- Chancellor Brian Schmidt wrote in his foreword to the ANU Recovery Plan: “Through circumstances largely beyond our control, our University has been forced to change dramatically.” To the extent that none of us foresaw a global pandemic, this is true. But for years, universities have relied on the hyper-exploitation of international students who are charged three or four times as much in fees as domestic students.

Before anything else, the university is a business. So instead of campaigning for free, publicly funded education, the university system rested on the laurels of its huge profit margins. Until COVID struck, higher education was the third-largest export in the Australian economy. Now their complacency has come back to bite Vice-Chancellors countrywide, but it is the staff and students who are being made to pay the price. The government, for its part, has been callous to university workers, explicitly excluding them from JobKeeper payments. In the last year alone, 17,500 workers in the higher education sector were sacked due to government and universities’ choices.

At some universities, management has exaggerated the scale of the crisis to justify the kinds of restructures (i.e. cuts) they have wanted for years. For instance, Monash University finished the year with a budget surplus of $259 million. ANU has justified its ‘pay freeze’ (due to inflation, really a cut) to staff as a necessary component of making $103 million in annual savings for the next three years. However, ANU aims to have $250 million in liquid assets in case of emergencies such as COVID, casting doubt on whether the quoted figure of $103 million is a genuine deficit. One thing we know for certain is that ANU is in one of the best financial positions of any university in Australia.

It is not fair to ask hard-working staff, who will soon have little prospect of surviving on welfare, given Morrison will reduce it to below the poverty rate, to prop up ANU’s shareholders with their jobs and their pay. While for any left-wing person, the injustice of this system is blood-boiling, it still raises the question: is there anything we can do? First, we need to recognise that students and staff are on the same team. Staff teaching conditions are student learning conditions.

Secondly, we need to get organised. Student power doesn’t come from making decisions in boardrooms. It exists only to the extent that we mobilise to make our voice heard. There are several ways we can start making this happen: signing the petition to reinstate our staff, participating in Education Committee meetings, and joining the ANU Education Activists. We need to fight back against university management, not try to appease it. Cutting jobs and hours from our librarians, as well as owning a private vineyard, indicates that Schmidt is no ally of our side. Any campaign to overturn these attacks will need to be centred around protest.

There are examples of students and staff preventing specific attacks. At Melbourne University, management proposed a similar pay cut as the one that was implemented at ANU last year, and it was defeated by a campaign of union organising. a whopping 64 percent  of the workforce, that is 5,190 staff of a total 8,069,, voted to reject the cut. While their victory was exceptional in a year of job cuts, it set an important precedent: it is possible for our side to win. After all, the ivory tower is not an impenetrable citadel: the lecturers, tutors, and administrative staff form the backbone upon which these institutions run.

If students show solidarity with our librarians who are currently in the firing line, there is every chance we can fight for their hours to be restored. Whether we can overturn these latest attacks remains to be seen, but one thing we know for certain: if we don’t fight, we won’t win.

Nick is part of the ANU Education Activism Network. You can sign their petition here.

The End of An Era