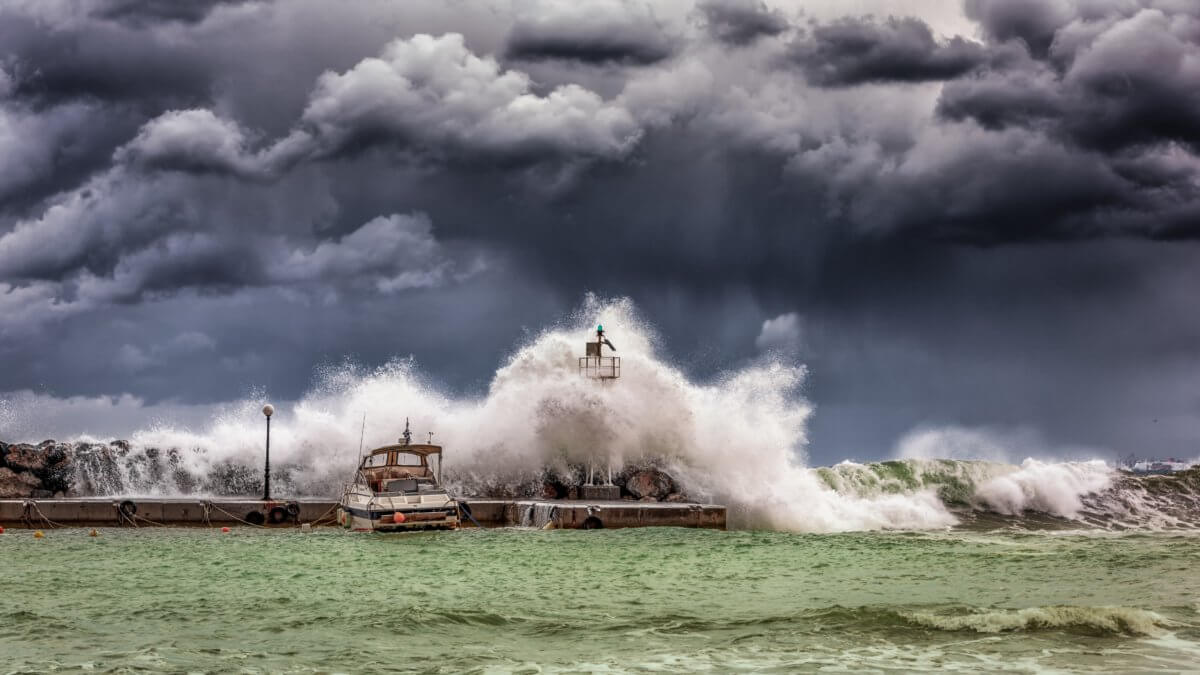 In recent months, tropical cyclones have ravaged many parts of the world, including Hong Kong, China, Philippines, and the south-eastern border of the USA. To some extent, this is unsurprising; each year, tropical cyclone activity peaks during this period of seasonal transition. However, the activity has been exceptionally high this year with more than six storms appearing without much prior warning. The death toll has been unusually high too: in just the last month, tropical cyclones have claimed over 60 lives in the Philippines, at least four in China and 31 in the USA’s Carolina States. Millions more people have been displaced or reported missing, and vast amounts of infrastructure has been damaged or destroyed.

How do tropical cyclones occur?

Tropical cyclones occur close the equator, where the ocean is warmest. This warm water transfers heat and moisture into the air above, causing it to rise, fast. As it travels higher into the atmosphere, it cools, and eventually loses its ability to hold water. This creates condensation and clouds. Meanwhile, the air that has left the water’s surface leaves a ‘depression’ – an area of low air pressure – which warm air moves towards as the air pressure restabilises. Influenced by the rotation of the earth on its axis, this warm air begins to spin and, as this cycle repeats itself, a tropical cyclone is formed. Since tropical cyclones gather all of their energy from the ocean, once they reach landfall they begin to lose their energy. However, this feature leaves countries like the Philippines, effectively a nation made up of islands, particularly susceptible as they are perpetually surrounded by warm ocean currents. Combined with the lack of infrastructure and resources, this is why many island nations experience such a high degree of damage and destruction at the hands of tropical storms.

There is no doubt that the efforts made to mitigate the effects of the recent tropical storms were not enough. Scientists have a solid understanding of how tropical cyclones form. However, how they will react to, and interact with, different environments is still only partially understood, leaving countries facing a degree of unpredictability. We have come along way with weather and storm monitoring and geographers and geologists can help predict the paths that tropical cyclones will take, but exact routes are still are pretty hard to anticipate. Moreover, although we know that tropical cyclones usually happen during transitional seasons due to an increase in air instability, which is the air pressure changing, global warming is disrupting these patterns.

While infrastructure is constantly becoming sturdier, preventing it from being destroyed met with winds moving at 200 km/h it seems like an impossible task to prevent mass destruction. There were many news reports showing glass being shattered in newly built buildings in Hong Kong. The financial cost of repairing and rebuilding is enormous, not to mention the social and emotional cost for the people and communities that inhabit these buildings.

While we have made vast advancements in science and technology, there are some things that just cannot be determined by as the course of nature as it follows its own route. While the prospects of helping the world prevent environmental disasters might look bleak, there are other ways we can deal with the outcomes of such. There are multiple charities that are making efforts to help rebuild these devastated areas. We cannot do much to control nature and the destruction it brings. However, we do have the power to help those in need. Every little contribution and donation could help millions of people displaced by these natural disasters.