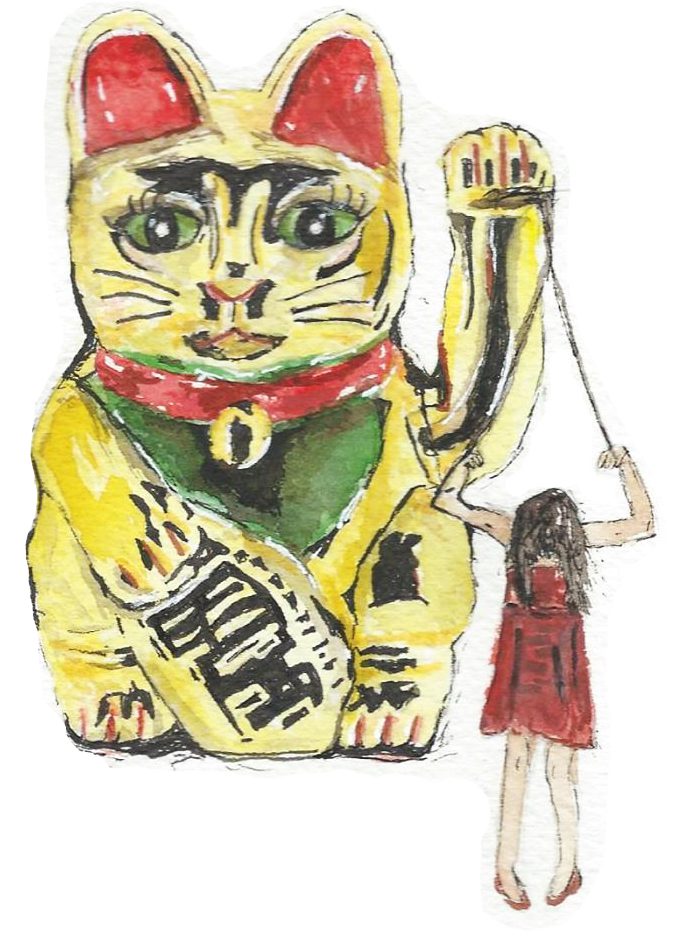 The Harder I Work, the Luckier I Get, by Campbell Clapp

‘Sometimes things are meant to happen, but most of the time, it’s up to you to make them happen.’

Until my friend said this to me, I was a serial romantic. I sat down in planes, waiting for the love of my life to sit next to me. I signed up for tutes with none of my friends in them hoping that I would fall in love with a stranger. Essentially, I was blaming the universe for everything that was not going right in my life. Corrupted by years of How I Met Your Mother and books about luck and destiny, I was always sure that the universe would slowly work in my favour. The real character I should have been looking to was Blair Waldorf, who tells us, in all her wisdom, ‘destiny is for losers. It’s just a stupid excuse to wait for things to happen instead of making them happen’. All we do when we blame the universe is remove accountability and allow ourselves to live complacently with the unpleasant parts of our lives. You lose every battle you do not show up to; while we can waste our lives away saying that we are either lucky or unlucky, we have much more sway over our destiny than we are willing to admit. The reason ‘lucky’ people are lucky is because they are confident and willing to put themselves in situations that people who are ‘unlucky’ have already lost because they do not take opportunities.

We can spend our whole lives blaming other people’s success and prosperity on luck – or we can go out there and make things happen for ourselves. Luck, destiny, fate – whatever name you give it, is all just a perpetual excuse for our faults and failures. On the other side, an inability to give ourselves credit where credit is due. Everything comes down to cause-and-effect, and while the cause is not always our fault and the effect is not always fair, we can analyse and identify the logical flow of events in all aspects of our lives. Of course, people will always have good fortune in certain situations, but whether we classify ourselves as lucky or not is based more on attitudes towards our circumstance than by any consistency of fortune. So, no, I do not believe in luck. I believe people are constantly in a vicious self-fulfilling cycle of wins and losses that fulfil pre-existing notions of whether they are lucky or not. The lucky are those who are not scared of failing because they believe they won’t; the unlucky are those that don’t even bother to try.

I believe in luck as a way of thinking about inequality. The inequalities that exist are the result of failures to achieve a system genuinely built on merit and justice and is instead indicative of unequal treatment and misfortune.

Social democracy rose in the 20th Century parallel to a change in the vision of society. This new vision saw the neglected sections of society, those without homes, the sick, the poor, as people in need of help, victims of circumstance, rather than victims of their moral failings. Recent talk of welfare has suggested a return to a deluded moralistic vision of welfare, most notably with the introduction of drug testing. This is not an economic policy or a social welfare policy so much as a punitive policy. It is a suggestion that people requiring help from the state should be subject to punishment and neglect, and that they deserve it. Indeed, many analysts and participants have considered work-for-the-dole programs failures. New plans to create exploitative ‘internships’ as part of the job seeker welfare regime promises repetition of unhelpful policies rather than reform. In public discourse ‘dole-bludgers’ and ‘welfare queens’ provide plentiful ammunition for headlines in the Murdoch press. It is worth considering the role of circumstance in our lives that put us in the position of needing help or at least as an exercise in empathy.

How far away are you from sleeping on the street tonight? What would it take for you to lay down in a doorway and brace the Canberra winter? It might be hard to imagine for some, for others all too easy. Inequality lies in material circumstances, however at the core of this difference is the mindset between those to whom luck matters, and those for whom it does not. I was never entitled to welfare, I was classified as a ‘dependent’ and my parents’ salaries were too high to provide me with an allowance courtesy of the Australian taxpayer. I was lucky to have parents both able and willing to support me to pursue not only a university education but one that necessitated my move interstate. Last month my mum called me to say that she and dad were both out of a job and on welfare, desperately trying to find ways to pay their mortgage. It made me reflect on my privileged existence, at the expense of others, and how quickly events outside of my control could take that away. My mother calls herself lucky to have Gough Whitlam abolish tuition fees and to have had assistance for low-income students enabling her to pay her rent. I am lucky to have had my parents pay mine. Without parents, without welfare, without Gough Whitlam, we might not count ourselves so lucky. Donald Horne called Australia the lucky country, not because it achieved deserving greatness, but because it stumbled into some measure of success despite its deficiencies. Horne was right to make the distinction, and luck continues to guide life in modern Australia.