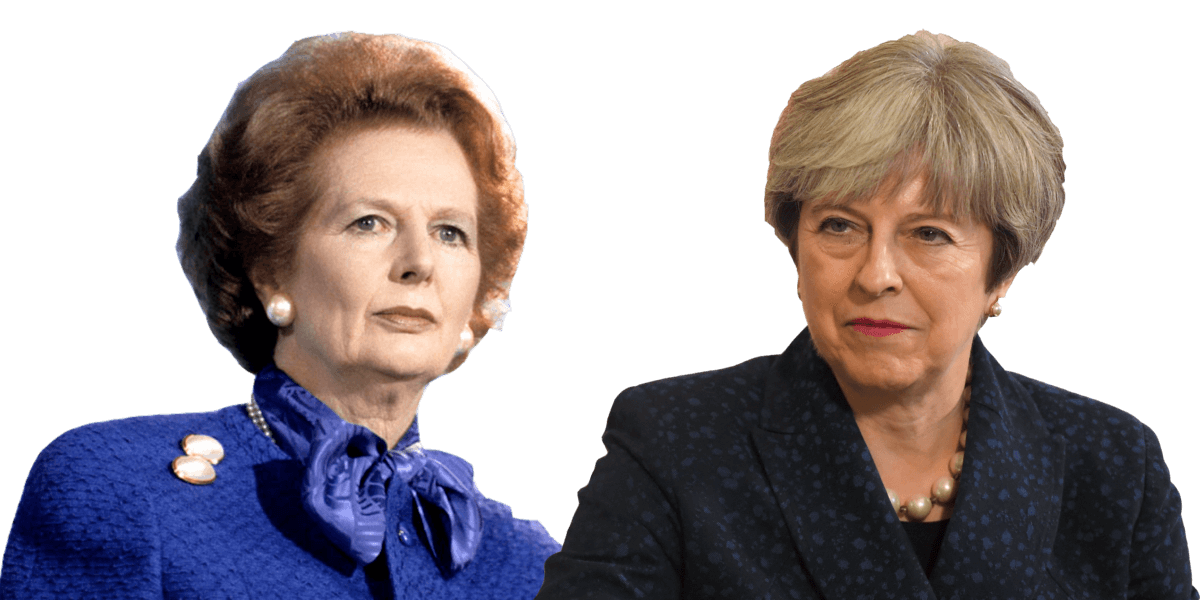 ‘And she knew, and we knew, and the whole world knew that the Housewife had become the Superstar’ (Dunne 1979, The Sun)

‘May began to channel her inner, hardcore Thatch … Here was the grocer’s daughter made flesh. The ordinary housewife … who looked after the shillings and pence on the nation’s weekly shopping bill’ (Crace 2016, The Daily Telegraph)

The media often represents women politicians as women first and politicians second and, in what should be stories on their policies, they instead focus on their bodies, fashion and personal lives. My past research, such as my comparison between coverage of Julia Gillard’s and Malcolm Turnbull’s leadership ascensions, has revealed how women politicians are subjected to different and often more gendered/sexist media representation than their male counterparts. But… has this gendered media representation of women political leaders changed over time? Is it better or worse? To answer this question, I have investigated and compared Margaret Thatcher and Theresa May’s first three prime ministerial weeks in 1979 and 2016, respectively.

This general phenomenon is known as ‘gendered mediation’ – when the mediation of politics not only reflects but reinforces gendered and/or sexist norms, stereotypes and assumptions. Through a gendered mediation lens, male politicians are constructed as the ‘norm’ while women are often trivialised, seen as novelties, and their gender is emphasised. While men are allowed to act in stereotypically masculine ways, and such behaviour is regarded as the ‘norm’ in politics, when women act in the same manner they are seen as aggressive, cold and ‘bitchy’. However, when they act too ‘feminine’, they are regarded as not being up to the job, weak and ineffectual.

Simultaneously, with the rise of social media, the 24-hour news cycle and electronic communication, politics is increasingly being transformed into a type of mediatised entertainment where news is more trivialised, sensationalised and individualised. In other words, the ways the media construct politicians are more ‘personalised’ and ‘presidential’. However, while this can be beneficial for male politicians, as it can make them more affable and approachable, due to politics’ inherent culture of polarising femininity and politics women experience personalisation differently. Drawing attention to their non-normative and subversive gender choices potentially risks further trivialisation and ‘othering’. Importantly, while women politicians can and have used their gender and femininity to their possible advantage, the media can always potentially use gender against them.

Discourse analysis reveals a more entrenched kind of gendering. A Sun article, again with positive coverage of Thatcher, discussed how she was ‘just the girl to do the job’. Calling a grown woman, especially the prime minister, a ‘girl’ infantilises her whilst also emphasising her gender. It is disrespectful and infers that the author does not take her seriously as a politician. When we call women, especially politicians, ‘girls’ we are denying their adulthood, maturity and power and are using the strength of language to make them seem insignificant. This phenomenon is widespread within the media. Similarly, May was portrayed as both a grammar-school-girl and a headmistress. In a Daily Telegraph article, titled ‘Headmistress May has got us all sitting up straighter’, the author discussed how May has ‘formidable powers’ as, ‘since Theresa took over, Boris has combed his hair … if the woman can get Boris to comb his hair, just think what she can do to Putin’ [emphasis added]. In this, she is not the prime minister – a job reserved for men – but a headmistress, the feminine-marked other.

One of the biggest gender tropes the media used was focusing on their appearance and fashion choices, though May was subjected to this far more. Thatcher’s appearance was mentioned in 15 per cent of articles surveyed while it was over double that figure for May. All four newspapers analysed increased this frequency, though The Daily Telegraph again was by far the most prolific, more than doubling from their portrayal of Thatcher. One article, titled ‘Inside Theresa’s top shop’ was advertised on the front page of The Daily Telegraph and accompanied photographs of May in various outfits. The sub-heading asked ‘where does the new PM get her outfits?’ followed by more questions in the body of the article, such as ‘who does Theresa May consult over matters of fashion? Who hunts down the perfect pair of kitten heels?’. The over-emphasis of May’s personal attributes, such as her outfit, over her policies, highlights the subtle ways in which the media undermine women political leaders – here’s the woman, not the politician. Her kitten heels became a metonym for May herself in political cartoons and were frequently mentioned in hard news articles that concentrated on her policies and the state of the new government, illustrating clearly the extent to which the media use gender to undermine her authority and perceived significance.

There are many other covert and overt ways in which the media use gender against women politicians, beyond these two. Despite an increase of women politicians and women in senior leadership roles, coupled with the recent rise of feminist discourse in the mainstream, the increase in gendered media representation of Theresa May indicates that women political leaders are still regarded as novelties.

I’m left wondering – why? Perhaps this phenomenon is due to the rise of personalised mediation and thus the increase of informal journalism, which inherently has gendered ramifications, or is it because we are currently experiencing a societal backlash against ‘political correctness’ and feminism evidenced by the rise of conservative populism, the Alt-Right and MRAs?

Fighting Back Against a Bad-News World