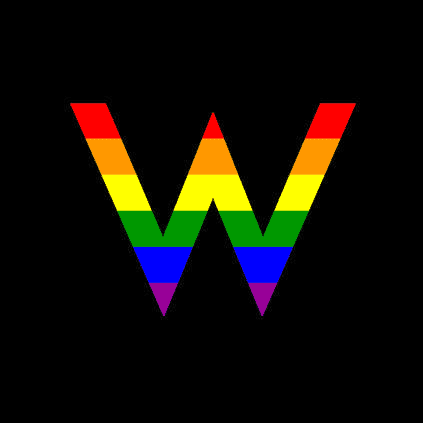 Rainbows are out in force on campus, as students express their strong support for the YES campaign in the government’s postal survey on marriage equality.

The survey, which was cleared by a unanimous High Court decision on 6 September, is being sent out to Australians enrolled to vote by the Australian Bureau of Statistics.

Critics have slammed the survey, which has unleashed renewed vitriol directed towards LGBTI* people.

Survey forms arrived earlier than expected in Canberra last week, forcing student activists to gear up their efforts to secure a YES vote in the national, non-binding survey.

The federal government has committed to introducing legislation into parliament if a YES vote is recorded to legalise same-sex marriage, even as some MPs have vowed to vote ‘no’ regardless. The prime minister, Malcolm Turnbull, who has stated his support same- sex marriage, is staring down critics within his own party on this vote, some of whom have actively fought against rights for LGBTI* people for decades.

The association took the position to a general meeting last term which was endorsed by a student vote, securing a mandate for the campaign.

‘Whilst we are hopeful that the YES vote will prevail, according to reports the No campaign has spent five times more on TV ads than the YES campaign, which is of concern. That’s why it’s so important that for anyone who feels comfortable, to get involved by contacting the ANUSA education officer, Australian Marriage Equality or other organisations promoting the YES vote and seeing how they can help in this campaign,’ Connolly said at the weekend.

Around 50 people have signed up to volunteer with the YES campaign, working with Australian Marriage Equality to phone bank and doorknock. ANUSA is hosting a voting party and barbecue with the National Tertiary Education Union, PARSA and Unions ACT on Thursday.

ANUSA also has a secure ballot box in its office for students who can’t make it to a postbox to return their survey forms.

Survey forms will need to be received by the ABS before 6.00pm on 7 November to be counted in the survey. The results will be announced by the ABS on 15 November.

Professor Shirley Leitch, who was acting vice-chancellor, wrote to the ANU community in August to encourage them to vote in the postal survey and called on the ANU community to be ‘mindful’ during the campaign.

‘While participating in this survey is not compulsory I encourage any member of the ANU community who is eligible to vote to take the opportunity to have their say,’ Leitch wrote in an email.

Matthew Mottola, who was elected as 2018 queer* officer last month, previously told Woroni that the queer* community was ‘furious that this has happened in the first place. The discourse is already vile, pointed and disrespectful, despite assertions from the government.’

A strong push to ensure young people were enrolled and eligible to participate in the survey was part of a surge in young people being counted on the electoral roll. The Australian Electoral Commission processed 933,592 transactions, 10 per cent of which were additions to the roll.

The National Union of Students president, Sophie Johnston, said in the lead up to rolls closing, that the union had ‘been working specifically with young people to make sure they are enrolled and they get out and vote YES for marriage equality.’

There is overwhelming public support for marriage equality in Australia, recent Household, Income and Labour Dynamics in Australia (HILDA) surveys have shown, pointing to a 78 per cent support in 2015.

There has been an upward trend of support in the last decade’s worth of surveys. In 2005, overall support was at 39.8 per cent. Strong opposition to marriage equality has fallen dramatically in the same period.

However recent polling has shown a rise in support for a No vote in the campaign, with some pointing to frustration with the campaign as a likely cause.

The executive director of the Australian Marriage Equality Campaign, Tiernan Brady, warned against Australians being complacent in the vote, saying, ‘it is all about getting as many surveys as returned as possible.’

‘We are in it to win it. We are committed to doing all in our power to ensure that the long held wish of the Australian people for marriage equality for all Australians is reflected in the results of the survey,’ he said.

‘This must be a campaign of millions of respectful conversations that unites the country. We haven’t a moment to lose and we are hitting the ground running with hundreds of thousands of supporters talking about why marriage equality matters.

‘This is a vote about the worth, dignity and status of members of our family, friends, workmates and neighbours, and across the country people are standing up for them,’ Brady said.