Will They or Won’t They? Key Performance Indicators for NUS Accreditation Released 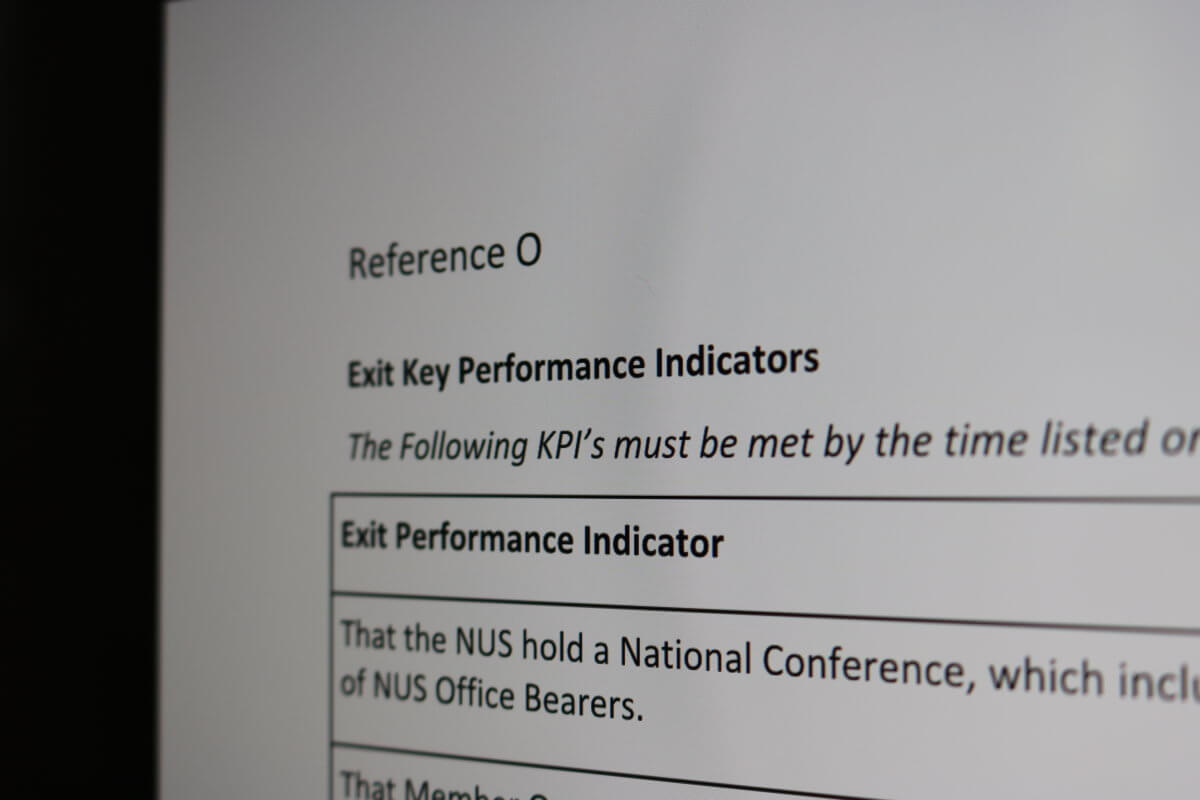 ANUSA’s Key Performance Indicators (KPIs) for the National Union of Students (NUS) have been released along with the agenda for ANUSA’s SRC 3. These KPI’s are used by ANUSA to measure the effectiveness of the NUS and whether the activities of the NUS are in line with ANUSA’s standards. The KPI’s will be discussed at SRC 3 on the 30th April 2019 and will determine ANUSA’s position on accrediting to the NUS.

For an explainer on what SRC is, and who the NUS are, more information can be found here.

Some significant Exit KPIs are:

The KPI’s were discussed at the week 7 Education Committee meeting, with Education Officer Tanika Sibal saying that she will personally support the KPI’s at SRC 3.

Vickers played into a wider debate around NUS accreditation, saying he doesn’t believe that ANUSA should have KPI’s if they stop it from accrediting. He also said that it would be more effective to accredit and make change from the inside, as opposed to having no voting power and waiting to vote for an independent returning officer in the future.

Sibal disagreed with Vickers’ view that ANUSA should overlook some KPI’s in favour of accreditation. However, members of National Labor Students (NLS) and Student Unity (SU) who were also at the meeting supported Vickers. Members of Socialist Alternative (SAlt) in attendance made clear that they do not support KPI’s at all. As the meeting became heated, ACT SU convenor Nick Pagonis emphasised that they and NLS were “trying to find a solution, we’re trying to compromise. This is what politics is about” in response to SAlt’s blanket statement over annulling the KPI requirements.

Sibal stated that the general feeling at the NUS was that they were keen for the ANUSA to accredit. ANUSA last accredited to the NUS in 2015 and KPI’s were introduced in 2016.

A motion will be brought at SRC 3, to be held on April 30, to vote on the KPI’s. Students are able to attend SRC and speak to motions, but cannot vote.  The vote to accredit with the NUS will likely occur at SRC 8.

Tune in to Woroni on Twitter to see live coverage of SRC 3.

Grace Sixsmith is a member of the Australian Labor Party and attended NUS NatCon in 2018 and sat with Student Unity on conference floor.