Why Are All Those Tents Pitched On Campus? 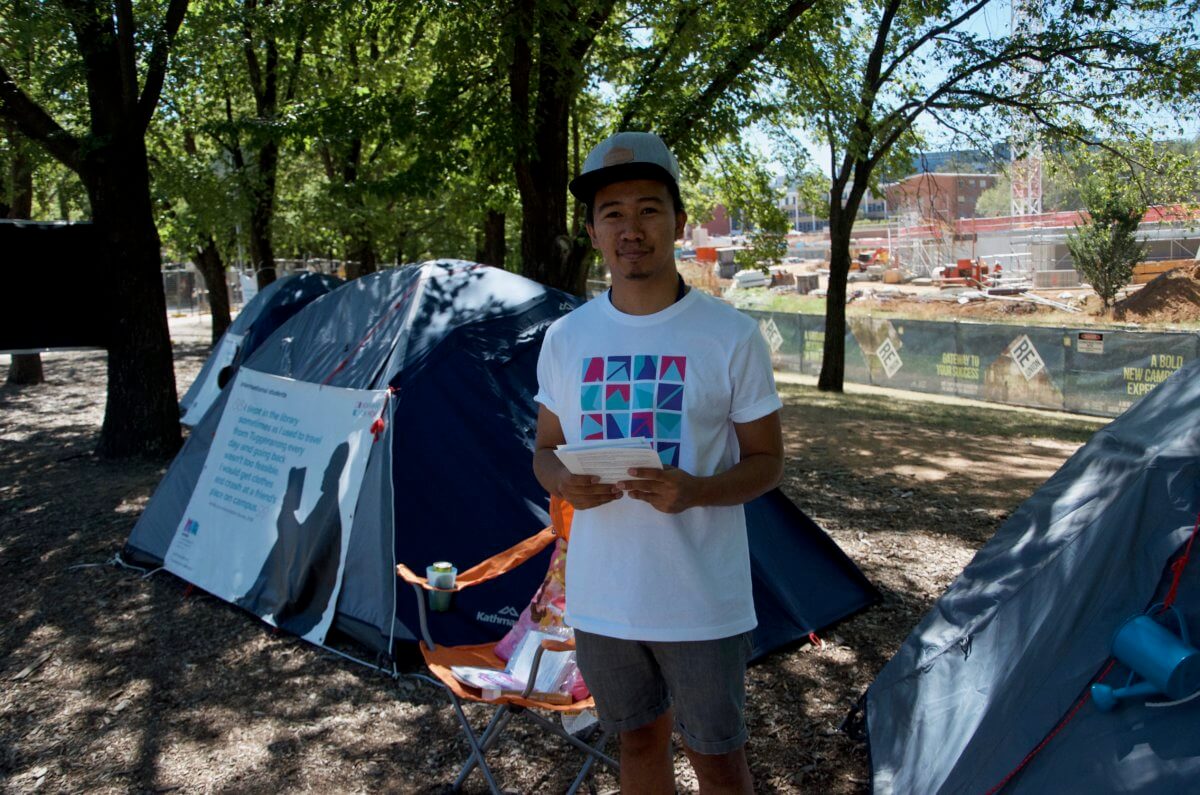 You might have seen the tents around campus – our postgraduate student body, PARSA, are raising awareness for postgraduate homelessness.

The protest coincides with the release of PARSA’s Home Away from Home report, which highlights the challenges postgraduates face in the hunt for permanent accommodation.

According to the survey, nine per cent of ANU’s postgraduate community were homeless or at risk of homelessness at the time they filled out the survey. 29 per cent found the experience of obtaining accommodation in Canberra “bad” or “terrible”. And it’s worse for international students – only one third of them were likely to have secured accommodation by the time they arrived in Canberra.

When first arriving in Canberra, a total of 2.5 per cent of students were homeless.

PARSA president Alyssa Shaw believes that the survey is a damning expose into postgraduate homelessness.

“Undergraduate students are rightfully guaranteed accommodation upon arrival in Canberra, while postgraduate students, who come from all corners of the globe, have no such guarantee,” Shaw said.

“We have even heard from postgraduates who sleep in the Chifley Library because it’s the only place they have which is open during the night.”

PARSA’s vice president, Zyl Hovenga-Wauchope, said that it took him over three months to find a place to live.

“When I first arrived, I spent three months living with family friends due to the extraordinarily competitive rental market. I did eventually find a place to live, but it took a lot longer than it should.”

733 students responded to the survey, which was conducted towards the end of 2017. Along with the statistics, the campaign suggests ways in which the ANU can help out those in need. The biggest policy recommendation is that the university expands the first year undergraduate accommodation guarantee to cover first year postgraduate students as well.

The tents have been pitched outside Melville Hall, near Hancock Library and on University Avenue during Market Day.