Who will be crowned? Cameron Allan and Eleanor Kay to face off for ANUSA presidency 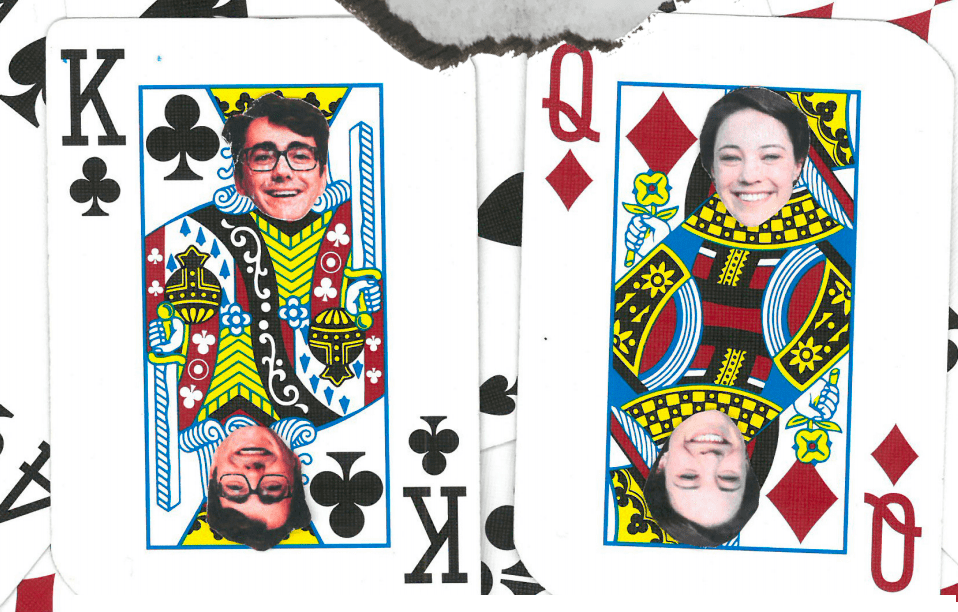 The campaign for president of the ANU Students’ Association is shaping up to be a strong contest between the current vice-president, Eleanor Kay, and the current social officer, Cameron Allan.

But prominent figures in student politics circles are concerned that previous incidents of Allan’s apparent financial mismanagement could result in a funding cut to the association if he wins the election.

Allan’s ticket, Shake Up ANUSA, was launched on 2 July, in a move that Allan said was not early campaigning.

‘We launched early because we want to reach beyond our own hacky circles and make stupol [student politics] more genuinely diverse. It’s not easy to give a toss about, let alone get involved in, student politics if you’re a newcomer to the scene,’ Allan told Woroni.

Kay’s ticket, Lift ANUSA, will launch next weekend Woroni has confirmed, as the ticket was not convinced ‘students were engaged over the winter break, which is why we are waiting until semester begins again.

‘This way, we hope students will stay engaged right until elections,’ Kay said.

Both Allan and Kay have signed a document, committing to maintaining a ‘professional relationship with each other and to still fulfill their duties as members of the 2017 executive,’ the current president, James Connolly, told Woroni.

Kay said that she respected Allan and said that the pair had a ‘strong working relationship.’

‘We have already discussed that we both want to maintain that over the coming month,’ she said.

Allan echoed this, telling Woroni he was not going to ‘pretend that running in an election against one another isn’t going to strain our friendship, but I’m confident we can keep it professional.’

Tensions first emerged in the current executive after O-Week, when the financial procurement policy was not correctly followed by Allan, who did not adhere to correct procedure in signing off on contracts for the Friday Night Party bar, which was run by an external provider.

The contract remained unsigned when the party began, and was still not concluded at the first 2017 SRC meeting, where Allan revealed the mistake.

Allan told the meeting that a ‘lack of understanding and nuance of policy meant we couldn’t finalise major contracts before the event… ideally it’s done before the event to reduce risk.’

‘Due to a lack of understanding, we didn’t go about tendering process correctly and rather went with a provider suggested by a professional who did Spilt Milk – essentially, the policy was not followed which exposes ANUSA to risk,’ Allan told the 28 February meeting.

Allan said on Sunday that the mistake did not happen out of ‘bad faith’ and the experience has left him ‘agonisingly’ aware and ‘well-acquainted’ with ANUSA procurement policy.

‘O-Week is a hectic time, and sometimes mistakes are made. What we need are processes to ensure that the burden, and the blame, do not fall on the shoulders of any one office bearer.’

‘If elected, we will ensure O-Week is a team effort, where the responsibility is shared, feedback is continuous, and a comprehensive system of checks and balances is in place,’ Allan said.

Kay said that ‘students should be able to trust their office bearers to get the best outcomes for them.

‘I think it is up to the student body to determine what we prioritise in candidates, and therefore which issues weigh highly in the upcoming election.’

The ANUSA executive has also had a tense year, with a vote to reaccredit with the National Union of Students (NUS) revealing divisions at an SRC meeting in March.

The motion was supported by the president, Connolly, the vice-president, Kay, and the social officer, Allan, but saw a split with then education officer, Jessy Wu.

Allan is understood to have changed his vote at the last minute, speaking in favour, causing a rift with Wu. Wu is now understood to be working on the Shake Up campaign.

Shake Up wants to improve transparency and understanding in a number of areas, the campaign said.

They announced their intention to abolish the constitutional provision requiring SRC members to have the president’s permission to make representations to the media. They also aim to provide better access to information for international students.

Shake Up wants to improve campus understanding of mental health and provide greater support to those with mental illness. ‘We want to ensure that seeking treatment for mental illness is not conflated with generic mental wellbeing,’ Allan said.

The ticket also wants to pay students for campaign and marketing content they create for the student’s association, by holding competitive tender processes and paying honorarium for the selected pitch.

Kay said that her experience as vice-president would inform policy positions of the Lift ANUSA ticket.

The ticket said it would look to discuss the ‘long-term financial sustainability of the association, as well as the structure burdens placed on student leaders and how the university could ensure meaningful support of students through the challenges of University.’

‘I am increasingly aware that the decisions made by the university over the next 18 months will affect students not only for the next year, but for the next five to ten years and more.

‘Lift ANUSA’s policies will be targeted to ensure the best outcomes for students next year and into the future,’ Kay told Woroni on Sunday.

More policy positions are expected to be announced with the official campaign launch next weekend.

Shake Up has emphasised the diversity of experiences of members on the ticket, which includes Maddison Perkins for vice-president, Mariah Cheng as treasurer, Bolwen Fu as general secretary, Makayla-May Binckley as education officer and Anya Bonan as social officer.

Allan said that it was ‘impossible’ for a ticket to represent every identity, but that ‘diversity is about listening to people and representing them, not ticking boxes.

‘In my work with the Departments this year, I’ve learnt that one person can never have all the relevant insights on a decision, even if they have had relevant lived experiences,’ Allan said.

Allan said he saw diversity as a style of leadership which listened to everyone, rather than diversity being a ‘checkbox’.

Kay told Woroni that Lift ANUSA had ‘sought to ensure diverse students are represented on our ticket, while also respecting different people’s needs and desires for their involvement in the coming year.

‘We want to continue the conversation about diversity, and will seek to implement any outcomes that from the review conducted by [current president] James [Connolly] and the Department Officers this year.’

Connolly’s move to review diversity in the ANUSA executive after a run of male identifying presidents has been widely seen as an effective endorsement of Kay’s bid for president over Allan’s. Connolly denied this in an interview with Woroni.

In the ‘spirit of full disclosure’, Kay told Woroni that the candidate for vice-president on her ticket, Tess Masters, is a member of the Australian Labor Party and a member of the ACT Left faction but not active in Young Labor and not a member of an NUS faction.

Allan said in a statement that he was not aligned to any faction and he had made no promises to factions for spots on his ticket.

A campus Labor Left source said that while there are no formal arrangements with Shake Up, they would support Labor Left candidates, while also noting their ‘philosophical’ inclination to Shake Up’s policies.

Woroni understands that while Allan met with Labor Left, Allan would not agree to any ‘faceless’ deals, and spots on the ticket would be merit based.

Rumours have circulated among Labor Right figures that Allan had joined the Left and made a deal to provide NUS delegate spots on his ticket to Left candidates.

Allan’s campaign has already used BuzzFeed community posts as part of its campaign strategy. In statement to Woroni, Allan said that the ticket had been ‘blown away by the response’ their social media presence and campaign material had received.

‘These last few weeks, we’ve been wracking our brains trying to create content we hope has been interesting and enjoyable for everyone. We’ve emerged with more HSPs [Halal snack packs] in our bellies, more Schmidt trivia under our belts, and a truer appreciation for which ANU library we truly are,’ Allan said.

Kay’s decision to hold off until next weekend to launch the Lift has been seen as a poor campaign decision. The ticket includes candidates Mariana Segaram for social officer, Eden Lim for general secretary and Lewis Pope for treasurer.

The current president, Connolly, said he thought it was unlikely that he would endorse a candidate for the upcoming election. He said he would make an endorsement only if a ‘candidate should do or propose anything that would cause significant harm to the Association.’

The elections will take place in Week 5.