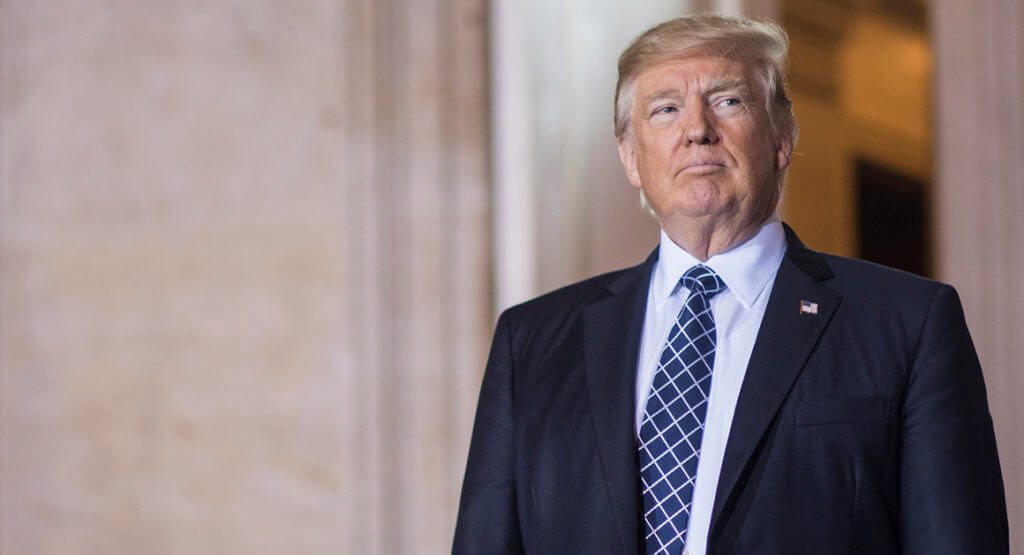 Academics from the College of Asia and the Pacific have launched a series of essays and videos that evaluate the first 100 days of Donald Trump’s presidency.

The publication, titled The Trump Administration’s First 100 Days: What Should Asia Do?, is comprised of essays written by 20 ANU experts, with accompanying videos.

The collection was launched at a National Press Club address last Wednesday, where three of the authors – Professor Michael Wesley, Dr Jane Golley and Professor Warwick McKibbin – spoke about their findings.

Dean of the College of Asia and the Pacific Michael Wesley introduced the collection, writing: ‘The 100-day mark is traditionally used to assess a new administration’s progress in advancing its policy agenda. With Trump, that’s impossible.

‘It’s more appropriate to ask whether at the 100-day mark the Trump administration is any closer to actually having a policy agenda.’

The 100 days of unpredictability surrounding Trump’s foreign policy is most significant for the Asia-Pacific region, Wesley said.

‘It is also the region that hosts six of the world’s nine nuclear states, and four of those have the fastest growing stockpiles and the most unpredictable nuclear doctrines’, Wesley wrote.

In addition to looking at the 100 days Trump has already spent in office, the authors also look to the future. They do not hold back from making predictions about how the region may react.

‘Trump provides China the space and legitimacy to double down on its bid for regional leadership.

‘Once Xi Jinping has this year’s National People’s Congress out of the way, expect a hyper-energised diplomatic campaign by China,’ wrote Wesley.

According to the vice-chancellor, Brian Schmidt, the collection is ‘a terrific demonstration of how our expertise can contribute to the public debate and how ANU research helps us understand the impact of global politics on Australia and the region.’

The collection marks the beginning of continued political analysis of the Trump era from the College of Asia and the Pacific.

‘You can be guaranteed that ANU’s College of Asia and the Pacific will continue to be an unparalleled resource for interpreting the region’s big questions and trends,’ Wesley said.

This discovery came as part of a wider investigation into the movements of people across the Pacific and beyond, as well how people lived and adapted to a rapidly changing climate.