The “One Thing” ANUSA is Missing 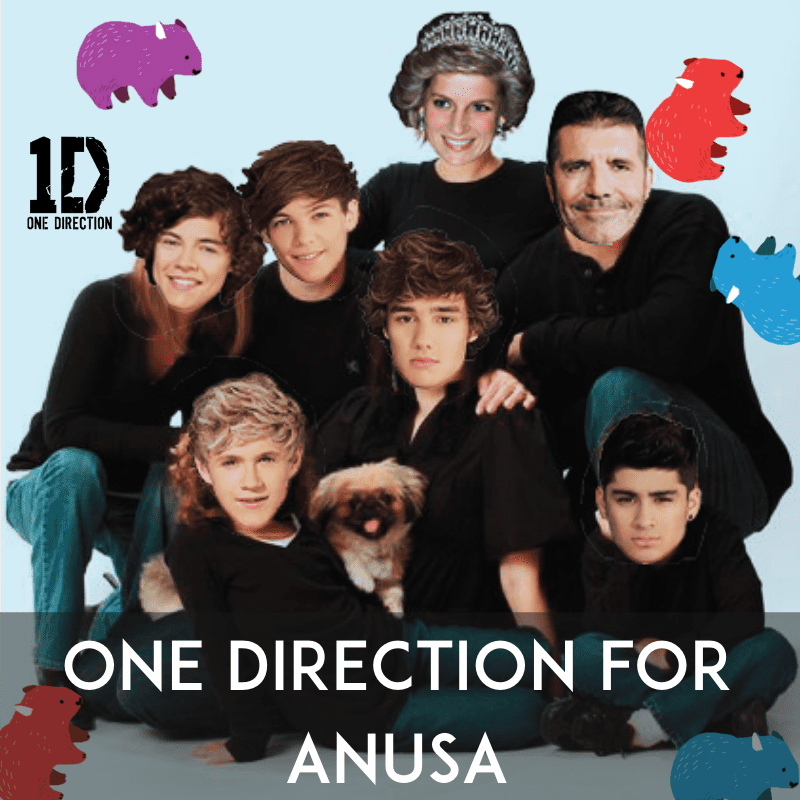 “One Direction for ANUSA” has launched its campaign for ANUSA elections, promising to create a better ANU ‘One Way or Another’.

The ticket has a comprehensive set of policies it hopes to implement: The ticket positions are as follows:

According to “One Direction for ANUSA”, their ticket anthem is ‘What Makes you Beautiful’, however this would change to ‘One Thing’ upon winning. The ticket stated that Princess Diana is the ‘One Thing’ that ANUSA is missing, declaring that opponent Ed Sheeran allegedly has Princess Diana locked in his basement.

In response to a question on Larry rumours, Louis stated that he has “pledged to commit his full salary to fighting Larry rumours”, and that he does not want to comment at this time.

‘One Direction for ANUSA’ responded to concerns that Zayn will leave three months into his term. Zayn stated that it only “matters that [he’s] here now”, and that it “took leaving to realise what [he] was missing”, and that he is ready to “commit, just like [he] committed to Gigi Hadid”. Niall stated that “Zayn is like the Joe Biden of our ticket, we don’t know how long we’ve got him for but we’re really glad we’ve got him along for the ride”.

The ticket firmly believes that it can commit to maintaining both political and music careers. Citing Kayne West, ‘One Direction for ANUSA’ stated that “so many musicians have become excellent politicians, obviously we can balance both”. Furthermore, the ticket has no political affiliations, and purely “wants to bring ar Di back”.