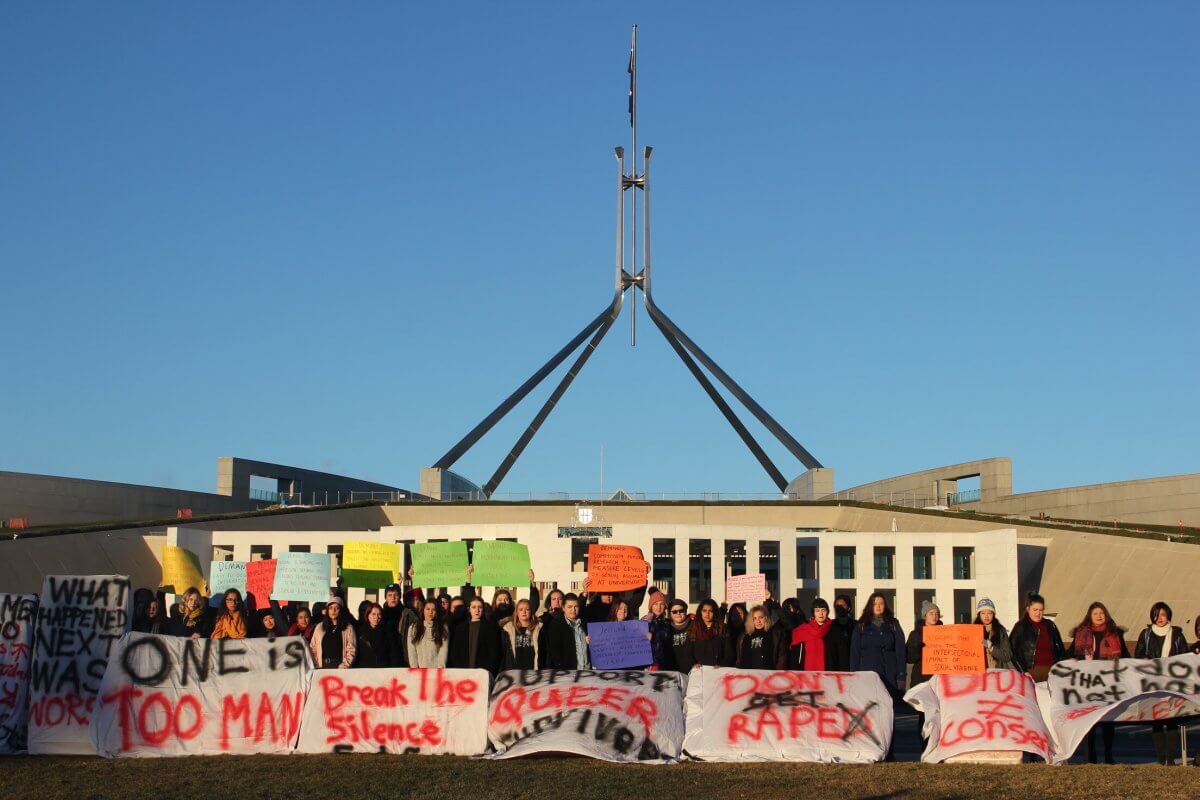 The protest comes just a week before the Australian Human Rights Commission releases the results of a national student survey on sexual assault, which surveyed more than 39,000 students from 39 universities.

This survey attracted controversy when it was announced that it would be optional for universities to release their individual sets of data. However, since then all universities involved in the survey have said that they would release the information.

It also seeks legislative change, including a complaints mechanism that can more easily hold universities to account, and a survivor-centric policy that asks that universities consult survivors of sexual assault before creating new policies in that area.

Protest organiser Emma Henke said: ‘Survivors of sexual assault in university communities need to be taken seriously when they disclose their experiences.’

‘The Federal Government must establish a complaints and compliance mechanism to allow survivors and advocates to report universities that mishandle disclosures of sexual misconduct.’

The End Rape On Campus Australia director, Sharna Bremner, said that ‘all people should be entitled to an education free of the fear of sexual violence and university communities must be safe, accessible spaces for all women students.’

The protest followed a format that has been widely used by US colleges. In 2014, Emma Sulkowicz carried a 23 kilogram mattress around with her on her Columbia University campus to bring attention to the university’s lack of effective response to an allegation of rape she made in 2012. A similar protest was conducted at the University of Sydney in 2016.

NOWSA is an autonomous network that started in 1987, and holds annual conferences on women’s issues. It hosts workshops and panels on different experiences of women, touches on issues such as gender and sexuality, work, postgraduate study and international issues.