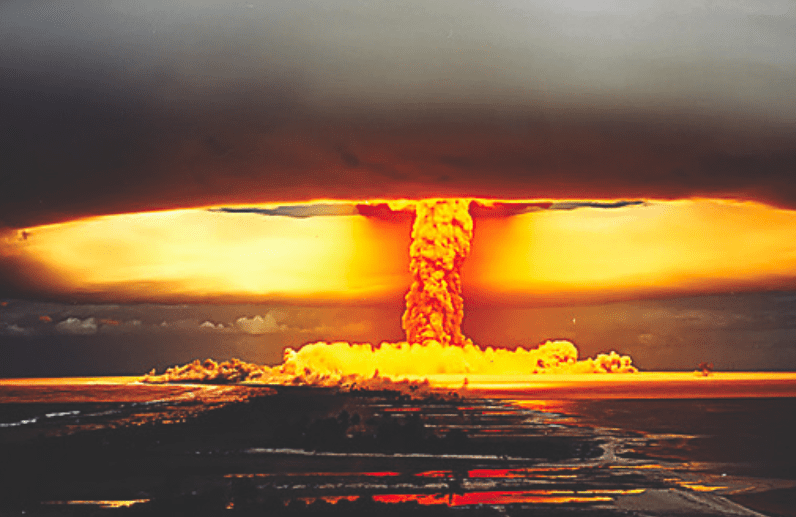 Although they disagree on the extent of a nuclear North Korea’s threat and the solution, a group of ANU defence experts agree on one thing: resolving the North Korean situation will require more than demanding the regime give up the bomb.

Woroni spoke to Professor John Blaxland, Dr Stephan Fruehling and Dr Benjamin Zala this week following heightened tensions between the United States and North Korea over a potential nuclear threat to the US territory of Guam.

He argued that winding back its nuclear program is ‘the last thing in the world’ the North Korean regime would do.

He said that it was highly unlikely that North Korea would carry through on its threats to attack Guam, especially since Resolution 2371, unanimously passed by the United Nations Security Council on August 6, ‘really sent a strong message to Kim Jong Un to pull his head in.’

On the other hand, Dr Fruehling said it was ‘quite conceivable’ that North Korea would fire a missile in the vicinity of Guam, although a direct attack was unlikely.

‘One reason why the Korean situation is so dangerous is that it seems quite conceivable that miscalculation could lead to a major war,’ he said.

Dr Zala said that a major danger was that ‘the situation threatens the stability of the United States-China relationship’ and that the ‘prospect of either a direct or proxy confrontation between the United States and China cannot be ruled out.’

‘It also puts extra strain on US alliances with Japan and South Korea,’ he said.

Professor Blaxland disagreed, noting that the ‘substance [of the US counter- threats] didn’t back the rhetoric,’ and pointing out that in the aftermath of peak tensions, the US and China are communicating better, while the South Korean government is also friendlier to the US.

As for the danger to Australia? Professor Blaxland said he thought fears for Australian security were ‘a bit of a beat up.’

‘When you are sitting in Pyongyang, Australia just doesn’t feature,’ he said.

He also criticised those eager to ‘attribute the basest motives’ to the prime minister, Malcolm Turnbull, regarding his statement of support for the United States.

On resolving the conflict, Dr Zala said that ‘both sides have the ability to deal with the root causes of each other’s fear, but doing so requires the hardest (but not impossible) thing for a leader to develop in world politics – empathy.’

Professor Blaxland and Dr Fruehling agreed that deeper negotiations were essential. ‘I do not think that the situation will get resolved until North Korea and the United States commence negotiations on a peace agreement ending the Korean War,’ Dr Fruehling predicted.

While agreeing, Professor Blaxland had little faith that the ‘concerted effort’ required from the region’s major powers would come easily.