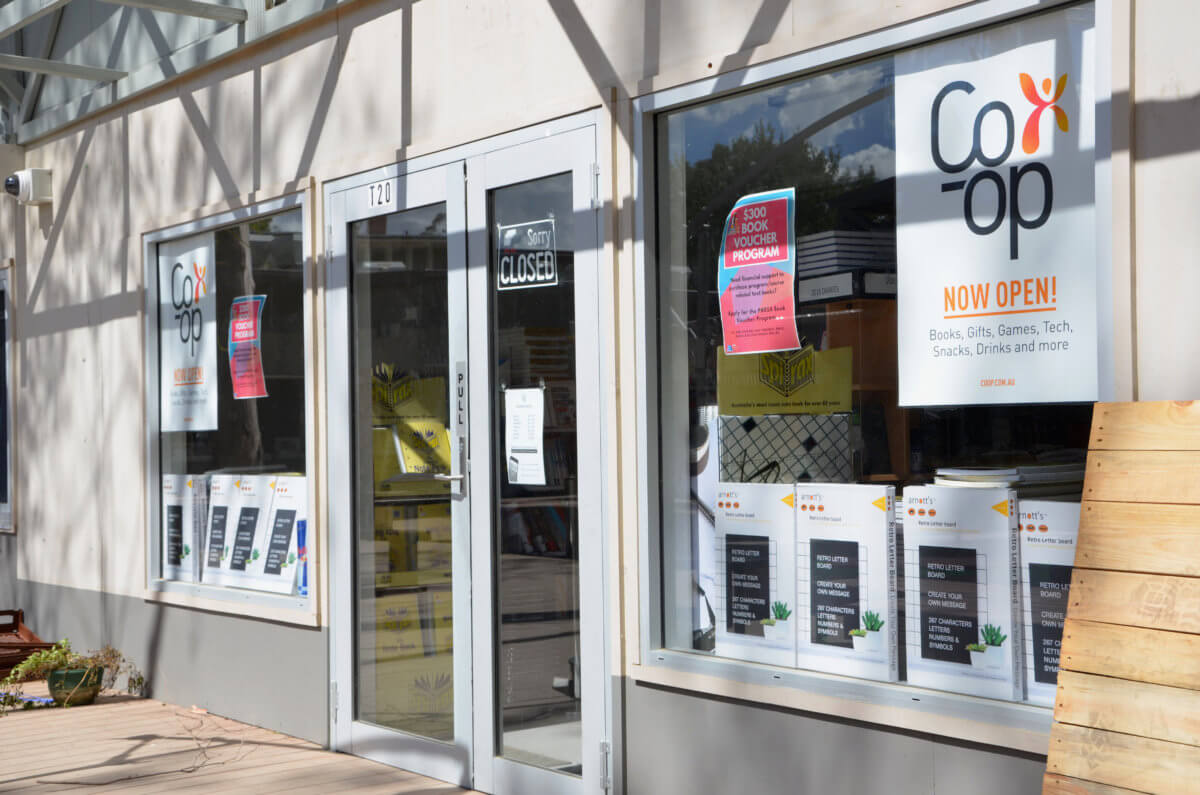 ANU’s Co-Op Bookstore has once again been unable to deliver textbooks in time for the start of semester, despite some course convenors going to significant lengths to ensure that their students receive them.

Matthew Zagor, lecturer and course convenor of Australian Public Law, publicly apologised to his cohort when he realised that the course’s textbooks did not arrive until well into week one of term.

“I take this matter very seriously. Students are entitled to expect their set texts to be available before the start of a course,” Zagor wrote in an announcement to the whole course. “APL is not the only course affected by serious flaws in the ordering process. My colleagues and I will be raising the matter directly with the Coop  headquarters, and notifying the College executive of the situation.”

Even when they did arrive, there were not enough textbooks: many students in the course will have to wait at least another week before more books arrive.

In an email to Woroni, Zagor explained the lengths he went to in an attempt to have the textbooks arrive on time.

The convenor made his course’s original textbook order on 9 January. A week later, he had not received receipt of the order and entered the store in person to follow up, only to be told that it had not entered the system. He placed the order a second time, and when he returned on 12 February to order desk copies for tutors, he was informed that the second order had not been received and was once again not in the system.

Calling the store, Zagor was informed the order must have been lost, but that the Co-Op Bookstore would place another one. By the end of the week the books had still not arrived.

Zagor tried calling once again, but no one picked up – he redialled multiple times, but was met with a message that explained that the service was busy and there was no one available to pick up the phone. His email was also ignored.

At long last, the Co-Op responded to Zagor’s inquiry into the matter, and stated that Cambridge Press had misplaced the second order – a claim later denied by the publishing company.

ANU’s Co-Op Bookstore is most students’ only avenue for purchasing textbooks, particularly when new editions are released and second-hand copies become outdated. At the beginning of term, many students are left standing in queues for up to an hour, only to be told that their textbook has already sold out or was never ordered to begin with.

When students only other option is to order online – a process that can take weeks – they can start the university semester at a disadvantage.

One second year psychology student, who wished to remain anonymous, told Woroni that the Co-op Bookstore had let her down as well:

“I ordered 2 textbooks (and paid for them) about two weeks ago and I haven’t heard anything since. I can’t get through to them via phone or email and as you know, the lines have been super long.”

Courses from a number of different academic colleges have been affected: Woroni understands that courses in environment science, English and psychology, as well as other law subjects, have all experienced issues with the Co-op Bookstore.

The Co-op Bookstore has faced controversy in recent years, with some claiming that the organisation has become undemocratic, and has turned away from its not-for-profit roots.

In March last year, one senior employee of the company told the ABC that the co-op’s senior management “want members to know as little about [the annual general meetings] as possible”.

The company, which has been operating at a loss in recent years, has a history of holding their annual general meetings in rural NSW towns – or even in Tasmania – to allegedly try and limit the amount of student members who attend.