Woroni news:
14.5.2021  Concerns Raised Regarding ANU UniSafe in Halls 13.5.2021  “Bittersweet” News: Neuroscience Survives at the ANU 12.5.2021  Students Left Behind in 2021 Budget: An Interview with NUS President Zoe Ranganathan 8.5.2021  ANU Global Programs Set to Open to New Zealand 6.5.2021  College of Asia and the Pacific to introduce Bachelor of Philosophy (Humanities and Social Sciences)

'Shut The Fuck Up': SRC Delayed, And Almost Postponed, As Confusion Takes Over 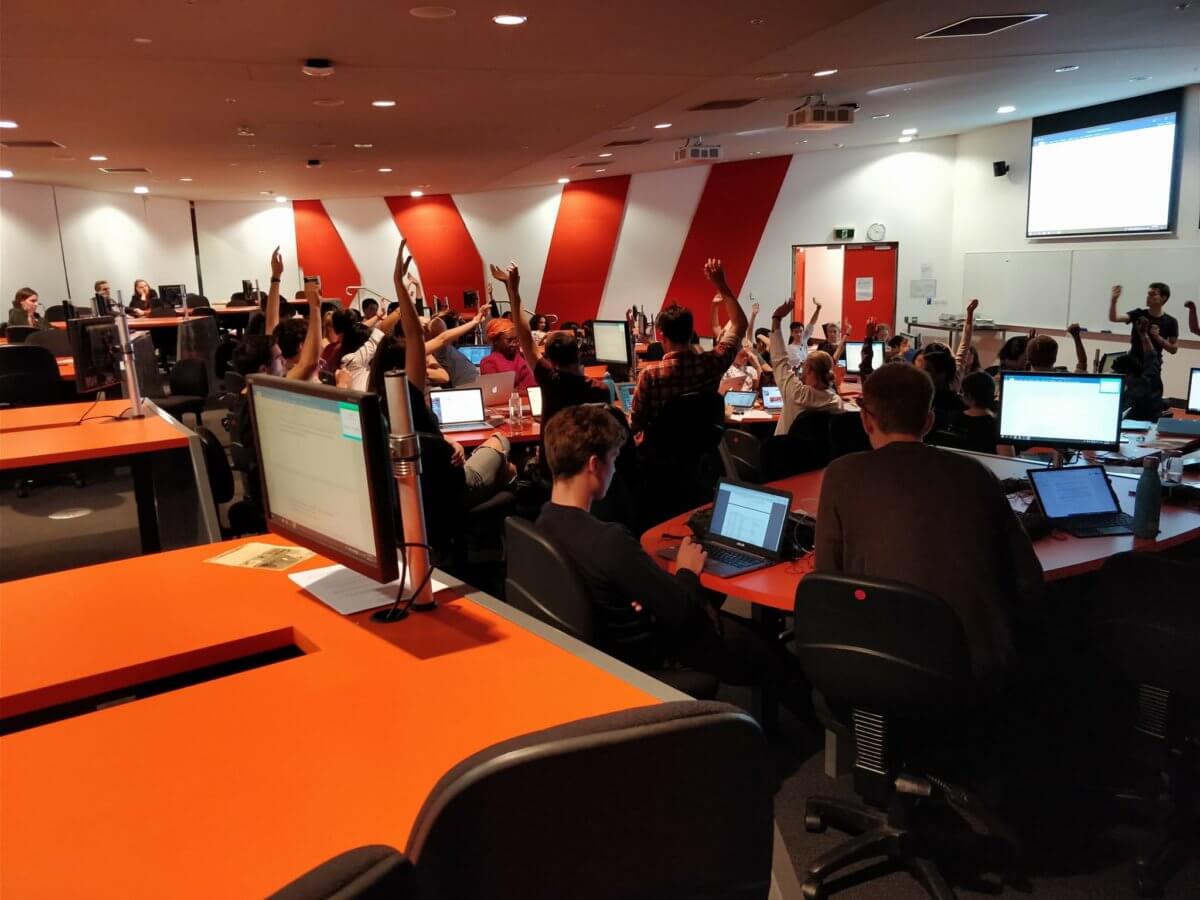 ANUSA’s second SRC meeting has been delayed after it was discovered that one of the attendees speaking didn’t even attend the ANU.

Kim Stern, a high-up in the Socialist Alternative political faction who is also an LGBTI officer for the NUS, spoke against a proposed amendment, finishing off their speech by saying that the amendment should be denied because the proposer was “a liberal and is against unions”.

Stern has been enrolled at Monash University in the past: last year, they were seen stealing a t-shirt from an opposition campus campaign and were temporarily banned from campaigning.

However, Stern is not an ANU student.

In a break in proceedings that took roughly 40 minutes, members of the ANUSA executive went up to Stern in an attempt to motivate them to leave the meeting.

By 10pm, Stern had left the SRC meeting – but not before taking some ANU SSAF-funded pizza on the way out.

In an explanation to SRC members, Lim said that the issues had been resolved:

“We were just dealing with an issue where we had non-ANUSA members in the meeting,” she said. “We’ve now resolved that.”

The question of whether or not to make the vote for the ANUSA disputes committee anonymous also caused tension earlier in the evening, before being unanimously supported.

For the purposes of expediency, Anya Bonan, the ANUSA social officer, made a motion that “non-SRC members exit the room as the vote (for the disputes committee) is declared confidential”. This is permitted by the ANUSA constitution, and as ANUSA president Eleanor Kay pointed out, has been practised many times before in SRC for non-controversial issues.

However, this gave rise to a heated debate as Ben Creelman, a non-SRC member, contested this motion on the basis that this removed a level of accountability and transparency from the elected officials. Ariel Scott, another non-SRC member, also noted that this may set an unwanted precedent.

Many influential members of the SRC pitched into the discussion, labelling this as a “non-issue”.

At one point during his argument, as a few members of ANU Labor muttered dissent, Creelman told them to “shut the fuck up”. After being warned by the general secretary, Creelman withdrew this statement.

The motion for the confidential vote was passed unanimously.

The two nominees for the disputes committee, Isabella Dimattina and Andrew Mitchell, spoke at the SRC before this motion was decided upon. They had nominated themselves to the current disputes committee, which has three out of five possible members.

Two other nominees had removed themselves from the considerations due to personal reasons.

The two nominees were asked to introduce themselves and answered questions from the floor.

Both nominees sometimes struggled to answer questions about the panel. When asked whether they had read the latest grievances and disputes report, both Dimattina and Mitchell said no.

Both nominees were voted in to the positions.