Secret Mission by ANU to Evacuate Students from Afghanistan 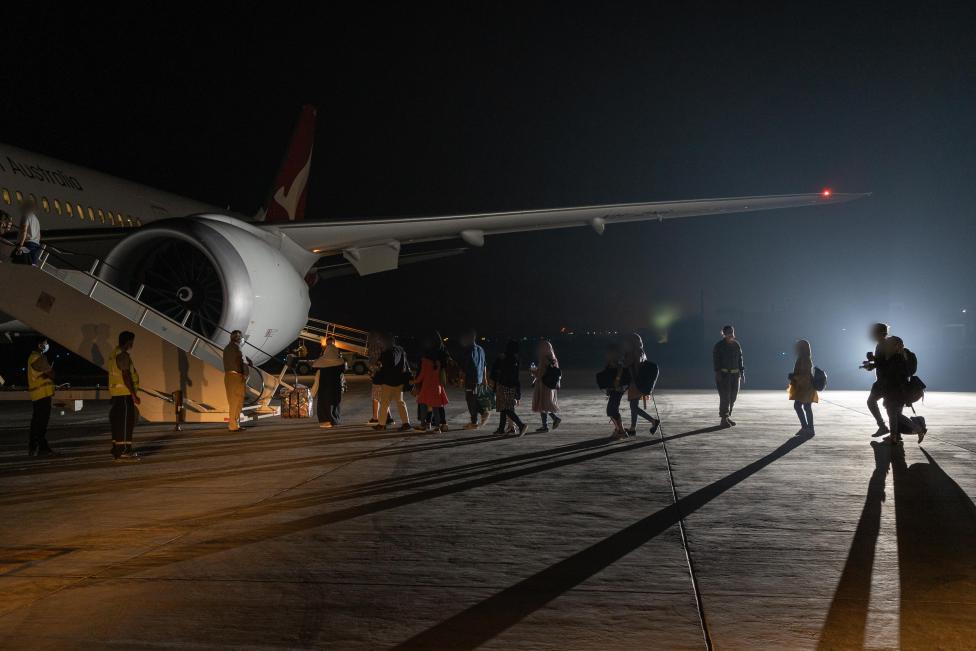 As the Taliban took control of Kabul, Woroni can now reveal that staff of the ANU were hastily trying to support students trapped in the country, including those who feared they would be targeted for their roles in the displaced Afghan government.

Woroni spoke to Prof. Sally Wheeler, Deputy Vice-Chancellor for International Strategy, about the efforts of the ANU, including those of VC Brian Schmidt and Chancellor Julie Bishop, to lobby Australian government officials “to get people on lists for evacuation.”

Following the fall of Afghanistan’s capital on August 15th, the Australian Defence Force and Department of Foreign Affairs and Trade embarked on a mission to evacuate Australian citizens, visa holders and those affiliated with Australian institutions from the precariously protected Kabul airport.

4,100 people were evacuated by the ADF until the Morrison government halted rescue efforts amidst a growing risk to Australian personnel at the airport, leaving behind large numbers of Australian visa holders desperate to leave the country.

Until now, the ANU has been unwilling to speak publicly about their efforts to lobby officials to put ANU students on those rescue flights, largely due to concerns for the safety of students in the country.

Prof. Wheeler says the University was “very worried” about the use of “electronic footprints” and an “electronic trace” that might have been left by the University when contacting students in the country. They feared this “could have been held against” ANU students who “decided not to leave or were unable to leave.”

Due to ANU students self-selecting their residential addresses and a large number of international students returning home due to the COVID-19 pandemic, Prof. Wheeler said that the ANU “ha[s] no idea how many [students] were in … Afghanistan.”

The majority of Afghan students who studied at the ANU were postgraduates within the Crawford School of Public Policy. Woroni previously spoke to an alumnus of the Crawford School who was in Kabul as it fell. They said that senior government officials made up most of the Afghan student body at the ANU and believed it was “inevitable that they receive threats or even prosecution” from the Taliban.

Prof. Wheeler mentioned that the situation for students in Afghanistan was “discussed at the highest levels of the University” and that they “asked the Chancellor [Julie Bishop] to contact her government contacts.”

Additionally, Dean of the College of Asia-Pacific, Professor Helen Sullivan, in her capacity as the President of the Australian Political Studies Association (APSA), wrote to Minister Marise Payne to support Australia’s extrication of students in Afghanistan. Woroni understands the ANU also lobbied directly with DFAT and the office of Federal MP for Fenner, Andrew Leigh, to help ensure the safety of ANU students.

Wheeler described that “[t]he Afghanistan situation was difficult because things were changing very quickly on the ground. A lot of embassy staff were being evacuated as we were trying to do things.”

Prof. Wheeler also noted that there were a lot of universities that may have just said “there was little they could do” to assist students in Afghanistan, but that it was “very, very impressive” to see the ANU’s efforts. She hopes that Afghan students can once again study at the ANU and that they “would be delighted to see them.”

Last month, the new Taliban regime banned female students and academics from attending Kabul University. This came as a result of new directives from the Taliban that male and female faculty and students should be segregated at public universities. Speaking to the Washington Post, one professor at the Kabul university said “Students tell us there is no future for education under the Taliban”.

Editors note 31/10/21: An earlier version of this article attributed comments to a Tweet by the new Chancellor of Kabul University, Mohammad Ashraf Ghairat. The Twitter account has since confirmed that it does not belong to the Chancellor. The article has since been amended to correct this.