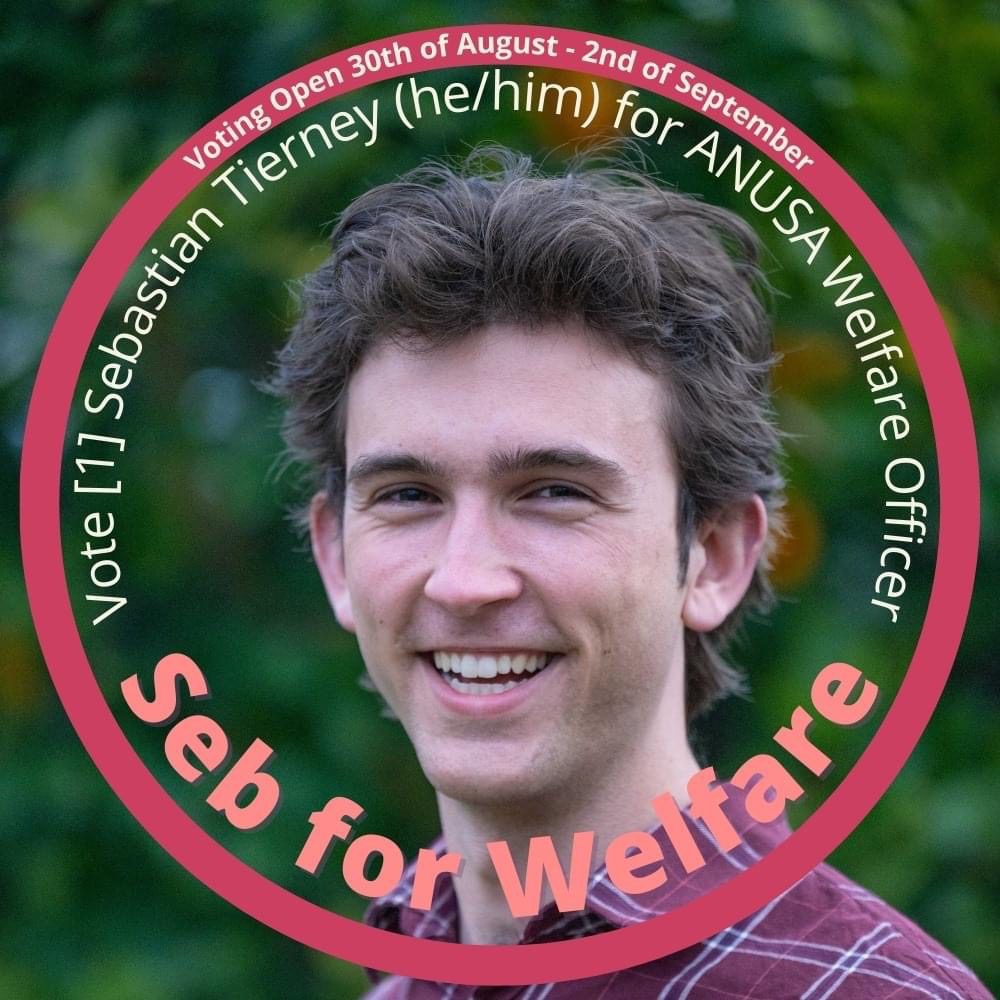 Sebastian Tierney (he/him) has announced that he will be running as an independent in the general elections for the role of ANUSA Welfare Officer.

Tierney is a third-year undergraduate student, who has held positions as the Secretary of Wright Hall and a Deputy for the ANUSA Wellbeing Committee. Broadly, Tierney is committed to ensuring that the welfare support given to students “[is made] as accessible, as effective, as diverse and as numerous as [he] can.” Currently, Tierney is the President of the non-politically affiliated ANU Refugee Action Campaign

As Welfare Officer, Tierney hopes to focus on the ANU Counselling service, which he describes as “…limited by insufficient funding and a clear lack of prioritization by the university.” More specifically, are his aims to:

While Tierney classifies himself as “left-wing [and] progressive” he does not have any political affiliations.

The first independent ticket for ANUSA has launched tonight. Su-En Hia is running for Clubs Officer in the 2022 ANUSA election.