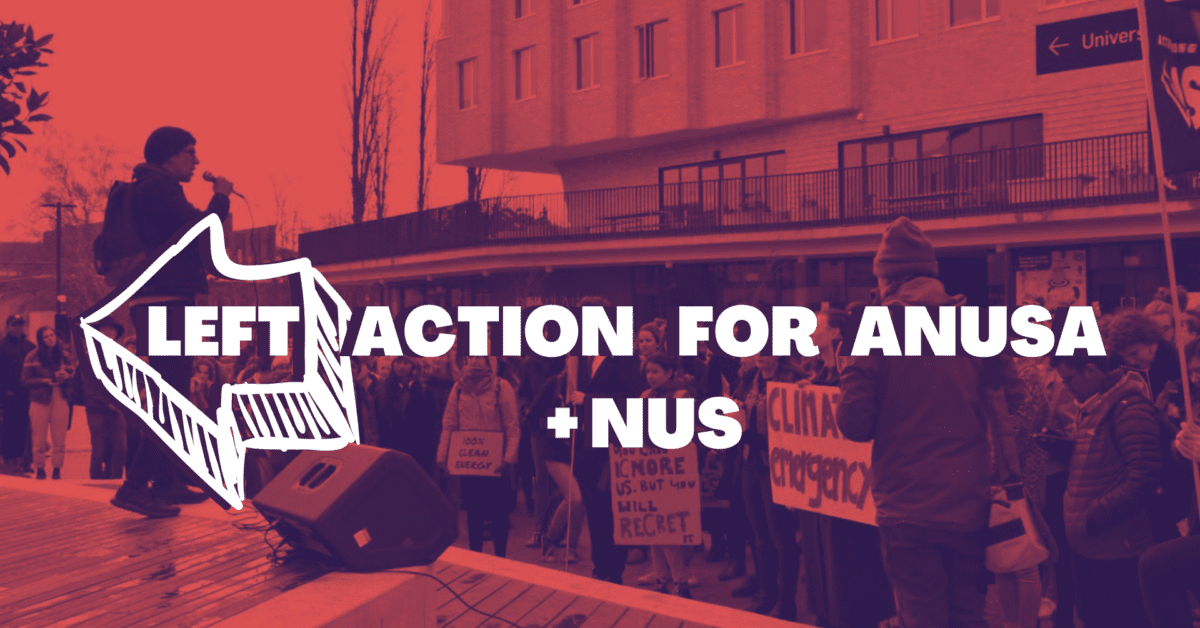 ‘Left Action’, who are aligned with Socialist Alternative, have officially launched their ticket for the 2022 ANUSA Elections. Their central view is that “​​[s]tudent unions need to be for activism first and foremost”.

Grace Carter is running for NUS Delegate and Education Officer and Nick Carlton’s candidacy is for General Representative.

Some of Left Action’s policies include:

When asked how Left Action intends to collaborate with members from other factions, the candidates told Woroni “[t]he purpose of voting socialists into ANUSA is to have people arguing to the other factions to mount joint campaigns on serious political issues” and that “Left Action activists have a strong history of collaborating with other forces in left-wing campaigns”.

To implement their policy objectives, Left Action intends to organize and promote mass demonstrations, stating that their “activists have extensive history in organising campaigns and rallies on a host of issues”. Additionally, they claim that “[they] know what it takes to mount successful campaigns, and have been active members of ANUSA arguing for the right motions and positions in service of that.”