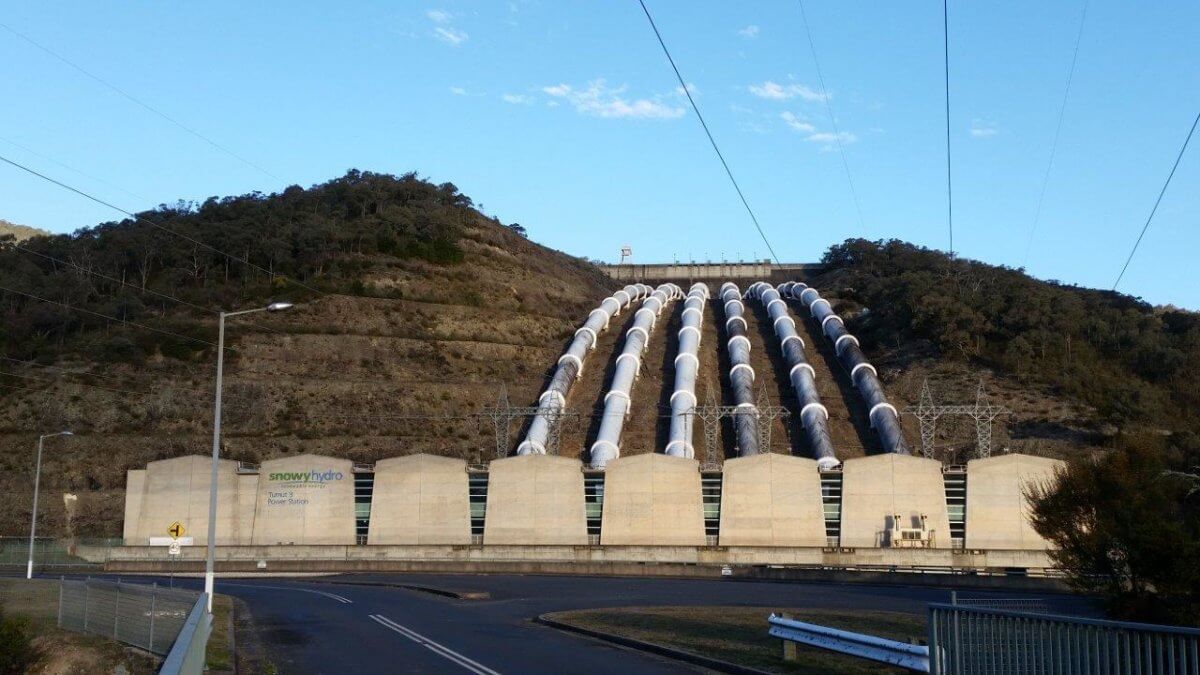 New ANU research has revealed that a raft of pumped storage hydropower (PSH) projects proposed for eastern Australia could pave the way for a full transition to renewable energy by tripling the nation’s electricity storage capacity.

Professor Jamie Pittock led the study which found that, should all projects in the pipeline get the green light, they would add a massive 6,000 megawatts of extra storage capacity to the national grid. He claims that this is more than enough to back up the grid, and would mean that it could run almost exclusively using renewable energy.

Speaking to Woroni, Professor Pittock said it “means we can plug in a vast amount more of renewable energy.” Resultantly, “pumped storage is the answer for enabling us to convert from fossil fuels to an entirely renewable electricity system.”

PSH is Australia’s most effective method of storing excess electricity. It operates by connecting two reservoirs at different heights. When solar and wind farms are producing excess power, water is pumped uphill from the lower reservoir to an upper reservoir. That way, when there is a high demand for electricity, water can be released back down to generate hydropower quickly.

Professor Pittock noted that while PSH is not a new technology, the lineup of proposed projects would see this old tech used in new ways to accelerate the national transition to renewable energy.

“You can’t build a big piece of industrial infrastructure without an impact on something,” Professor Pittock conceded.

“Coal-fired power stations are shutting down rapidly, and many more are due to close over the next fifteen years,” Professor Pittock said. “A lot of politicians are running around saying ‘this is the end of the economy as we know it, we’ll have unreliable electricity and the world will be ruined’ because a lot of the new power being put into the grid is solar or wind farms.”

According to this new research, PSH could be the answer – a reliable and renewable way of storing energy. With potential sites ranging from north Queensland to Tasmania, Professor Pittock said the risk of power outages is also reduced because the storage capacity would be distributed fairly evenly across the grid.

At face value, PSH may seem like the perfect solution to Australia’s energy problem. Yet many of these projects are already coming under fire for the havoc their construction would wreak on the natural environment.

“Maybe the greater good is served.”

“You can’t build a big piece of industrial infrastructure without an impact on something,” Professor Pittock conceded.

One of the major environmental concerns is the clearing of swathes of forest in order to build new transmission lines for some of the projects. Other negative impacts include the problem of waste rock disposal generated by tunnel construction and the unintentional spread of pest species between reservoirs.

Perhaps the biggest cause of apprehension is the development of a major infrastructure project in a National Park, as in the case of Snowy Hydro 2.0. It’s the largest of the proposed PSH projects, currently estimated at $4 billion.

While acknowledging these as very valid concerns, Professor Pittock said that in the scheme of things, they are small prices to pay in the trade-off for an entirely renewable energy economy.

“The biggest threat to the health of Kosciuszko National Park is climate change wiping out the alpine plants and animals,” he said. “The Snowy 2 pumped hydro scheme would probably do more than anything else in Australia to reduce electricity sector emissions, so maybe the greater good is served.”

“It’s a case of Australian businesses ignoring the inability of our politicians to come up with coherent policies, and getting on with applying this old technology in new ways to solve our energy problems and to speed up the transition to renewables.”

He also said the projects would impact the environment in many positive ways, as many catalogued in this study would see hazardous old mines put to a new use.

“[Old mines] might be polluted, they might not have been revegetated, they generally don’t have another use, and so it’s fabulous if we can turn them into electricity storage places,” Professor Pittock said.

Others plan to use existing hydropower schemes, and by enabling the recirculation of water between the two reservoirs, Professor Pittock said these projects would be climate change resilient while also providing flexibility to release water to mimic natural river flow.

“There’s the potential to improve, for example, native fish populations and the health of floodplain forests, because you might then choose to release that water at times that mimic what the environment needs, rather than only when the electricity demand is high.”

While the 21 proposed projects are all “wildly different” in scale and level of construction, Professor Pittock estimates that should they go ahead, most will be built and operational within five years.

“I think it’s a turning point,” Professor Pittock said. “It’s a case of Australian businesses ignoring the inability of our politicians to come up with coherent policies, and getting on with applying this old technology in new ways to solve our energy problems and to speed up the transition to renewables.”

“With this much electricity storage capacity, we will be able to convert to solar and wind and keep the lights on. It doesn’t get better than that.”

The research has been published in Australian Environment Review.