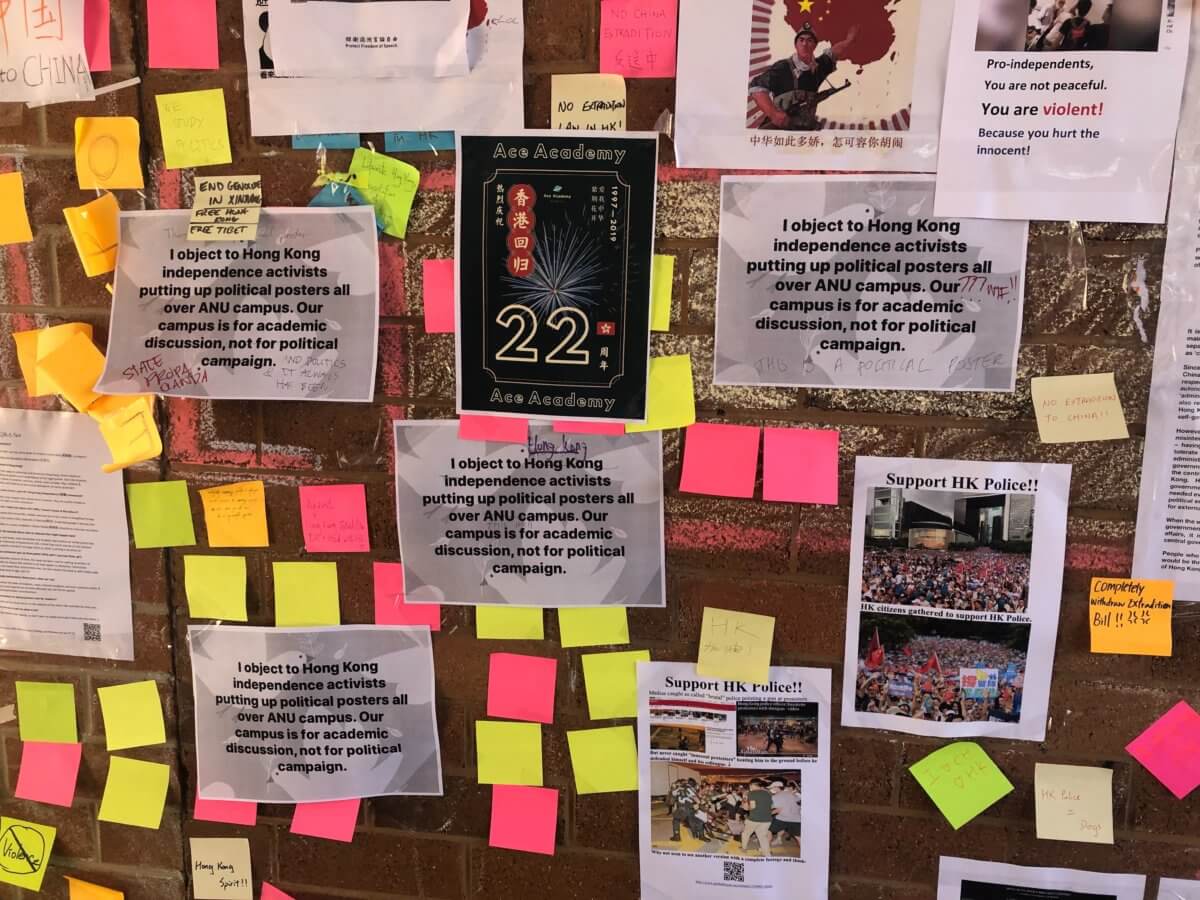 Woroni received reports that tensions were rising at around 10:30pm on Wednesday night. The reports outlined that students from Hong Kong and supporters began to stick up post-it notes with messages in support for the Special Administrative Region.

Onlookers said that students were tearing down the pro-Hong Kong post-it notes, as well as outlining that they witnessed pro-China students asking ANU staff for the messages of support to be removed.

Those in attendance also said that students were replacing the destroyed messages with new ones. As of 11.45am on 2nd of August, posters with Pro-China statements had been plastered over the top of the messages of support. In response to the clashes, a spokesperson for the ANU highlighted that “the University encourages and inspires debate and lawful free speech.” The spokesman also reiterated that students are encouraged to “express a wide range of views and perspectives… in a lawful and respectful manner.”

In a statement published on Facebook, the ANU International Students’ Department highlighted that while they support political discussion on campus, they “strongly condemn any racially charged speech or abusive slurs and hate speech targeting any nationality.” 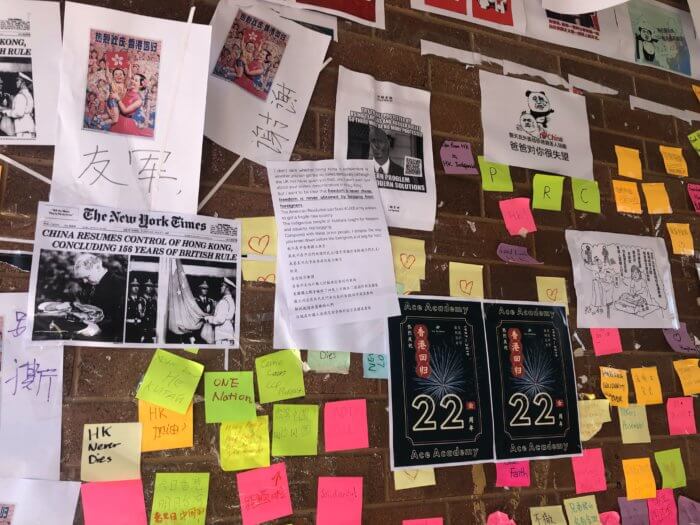 Similar clashes happened at the University of Queensland last week, but those clashes turned violent, with hundreds of students involved.

With the semester heating up, students are scrambling to submit assignments before their due dates. But what if you are unable to finish your assessment on time due to extenuating circumstances? Fortunately, students can apply for special considerations in these situations.