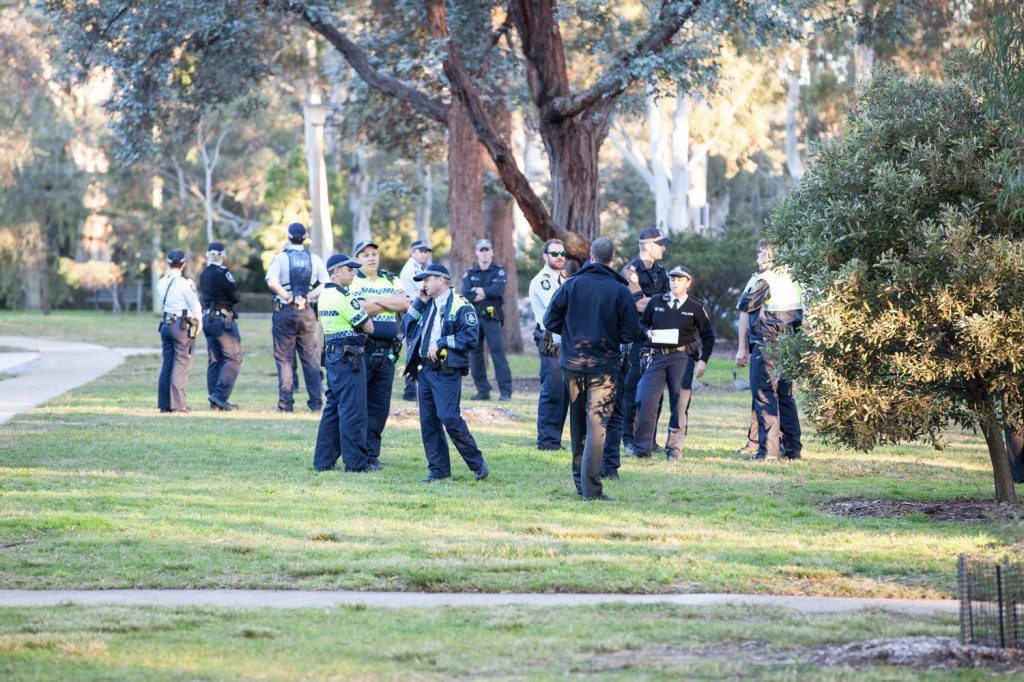 Three people have been taken into custody by the ACT Police, following an alleged aggravated robbery on campus on Wednesday.

The alleged act occurred just before midday. Police arrived at a carpark at ANU, where they approached a male and demands were made of his vehicle. According to some comments on ANU Schmidtposting, up to six police cars were seen.

The three arrests were made some time later in Kambah.

In a statement, ACT Police said that the investigations were ongoing.

“Enquiries in relation to these three individuals and their activities are ongoing.

Police are urging anyone who may have any information that could assist police to contact Crime Stoppers on 1800 333 000, or via the Crime Stoppers ACT website. Information can be provided anonymously.”