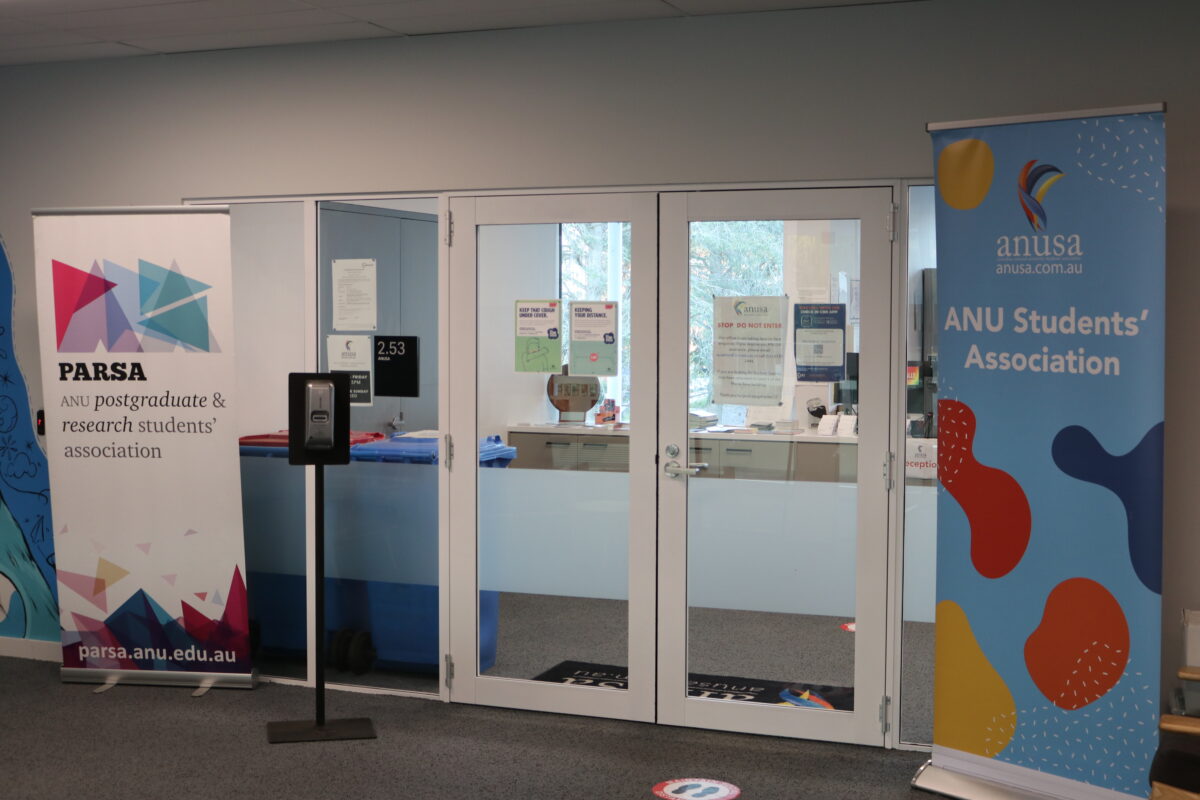 Last week, the ANU announced that it would not fund the postgraduate student union, PARSA, next year. This marks the first time the University has denied a student union funding from the Student Services and Amenities Fee (SSAF) funding pool.

Woroni asked both PARSA and ANUSA for their perspectives on this sudden change.

PARSA Vice President Tristan Yip told Woroni that PARSA’s reaction to the defunding has been one of shock. PARSA feels the decision has been made “without proper planning and with no regard for the people whose livelihoods depend on PARSA’s continued viability.”

ANUSA’s President Christian Flynn shared similar concerns, stating that the undergraduate union was “closely following the ANU’s response to the ongoing challenges in PARSA” and noted its historical opposition to the University’s use of the SSAF system to fund student unions.

ANUSA President Christian Flynn argued that the University’s decision to cease its funding of PARSA reveals the “power that SSAF allows universities to wield over student unions” and that “ANU has taken advantage of this power with respect to PARSA, and this sets a precedent of cutting student union funding that profoundly concerns ANUSA.”

Responding to the ANU’s criticism that it still has governance issues, Yip claimed, “We believe our new governance framework is robust, transparent and in compliance with our obligations.”

Yip highlighted that most postgraduate students were unaware of the decision to defund PARSA, and stated that the ANU’s communication has been minimal, leaving PARSA to relay the decision and its implications to postgraduates who missed the announcement in the ANU’s weekly newsletter.

Despite this, there has been a “lot of support from our student cohort,” and they believe that “this has been a positive opportunity for PARSA to highlight all the great work we’ve been doing behind the scenes, not only with the governance, but also within our advocacy, community building and support services.”

Representatives from ANUSA approached PARSA earlier this year to propose a “merger” to avoid the impact of the constitutional changes and ensure the latter’s continued independence. However, PARSA declined in favour of adopting the constitutional amendments.

Yip reiterated that PARSA’s decision to reject the merger was based on multiple pressure points, including significant demographic differences between the postgraduate and undergraduate student bodies. For example, 30 percent of PARSA members are Higher Degree by Research students, and there is an equal split between international and domestic students in PARSA. This would, Yip argued, hinder a combined union from representing both cohorts.

Despite the governance and financial issues, PARSA has confirmed that all services are available to their members and that they plan to operate as expected for the foreseeable future. However, it lamented that the ANU’s decision has caused unnecessary interruption and stress for the PARSA team.