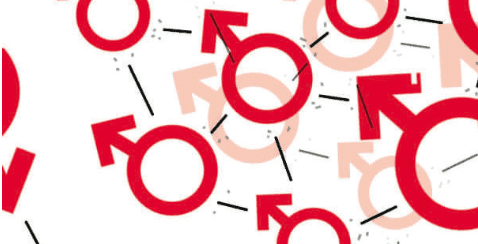 Men looking for support and advice at the ANU now have a few communities to choose from. The Men’s Network, borne out of controversy and ideological division, is divided following a political annual general meeting.

The meeting comprised of elections for a new executive, as candidates with deep ideological differences vied for control.

Emerging victorious was a diverse group of students hoping to continue the Men’s Network’s work of creating an inclusive space and continuing ties with Canberra mental health groups. A group of unsuccessful candidates have created a splinter group, the ‘ANU Men’s Support Network,’ which aims to ‘de-politicise’ the support available to men and remove politics, such as gender politics, from the community.

Woroni spoke to both leaders to hear about the split, how it has affected their groups and their plans for the future.

The Men’s Network, the group which affiliated with the Clubs Council under the promise of support for men’s issues, elected a new executive on 25 August. The majority of the executive were feminist, and it was a gender- diverse group.

The newly elected Men’s Network president, Eben Leifer, said that for many, this undermined the hope that the network would be a place where ‘men could be men’.

The president of the Men’s Support Network, and failed presidential candidate for the Men’s Network, Brandon Hargraves, said that: ‘We were painted as “the right”. When in reality, I have nothing to do with politics … The left/right divide really detracts from the purpose of the group.’

Hargraves said that, ‘We try to keep it open to all kinds of guys, and that includes people with outdated views.’ He likened the approach to the Men’s Shed, a group that the Men’s Network executive hopes to connect with and utilise as a resource.

This is seen by some members as a juxtaposition to the Men’s Network, which moderates discussion when it overlaps with contentious topics such as sexism or homophobia.

Some Men’s Support Network members criticised the moderation used to ban a member who repeatedly insulted the gender identity of an administrator.

Moderation of sexist and homophobic opinions also occurred throughout the year.

Hargraves, of the splinter Men’s Support Network, suggested that his group would not be intended for the political discussions that permeated the Men’s Network. However he also asserted that the aforementioned opinions would not be moderated.

Leifer suggested that the division was deeper than opinions on online moderation. ‘[The Men’s Network’s] formation was at a time when there were lots of arguments regarding feminism and whether it was unfair that men should not get a department. There has always been disagreement about the Club’s role on campus.’

On allegations by the Support Network that Leifer was an ‘illegitimate president’, Leifer said that he has ‘a vision for [the Network] as a place where male identifying students can seek advice on everything from mental health to relationship advice. I articulated that vision at the AGM and was endorsed by the membership.’

Brandon Hargraves accused the new Men’s Network executive of ‘branch stacking’, and Eben Leifer of nominating for the role in response to conservative interest.

Leifer said that he ‘had been a member of the club since its inception.’

One conservative-leaning student also allegedly put up a public call to vote at the AGM, according to ANU Observer reports.

The groups have now gone their separate ways, though when it comes to physical meetings and mental health support, many of the plans are the same. The Men’s Network hopes to instigate a weekly meetup, frequent BBQs and connect with Menslink and the ANU Departments.

The Men’s Support Network said they also had a BBQ planned for just prior to the final Semester 2 exams. However they suggested that their plans were to build the online advice forum. After an initial flurry of activity following the split, activity online has died down. The BBQ is to be funded by members of the executive, raising questions about the sustainability of the group into the future.

Leifer said: ‘It’s unnecessary to have a second club… We will continue to work on the current Men’s Network as the official affiliated club and host events – such as the conversations with Menslink.’