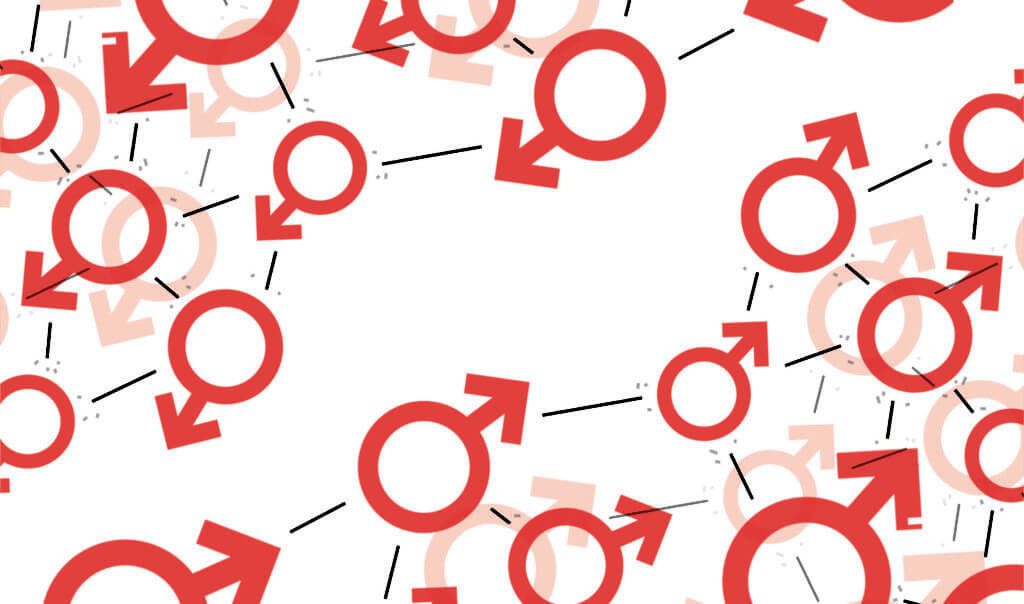 The ANU Men’s Network became an affiliated club at the Clubs Council meeting last Thursday, where the group stressed there were ‘no plans’ for launching a campaign to form a Men’s Department within the ANU Students’ Association.

The group, which has its origins in a controversial social media incident where private posts were allegedly shared without the consent of those who wrote them, will now be able to apply for ANUSA funding to host events on campus.

The president of the ANU Men’s Network, Sebastian Rossi, distributed fact sheets at the meeting, which outlined the group’s aims and distanced the group from suggestions that affiliation would be the thin edge of the wedge towards establishing a Men’s Department.

The vice-president of the group, Nick Blood, who spoke for the motion, said that the executive was ‘very inclusive, very supportive’.

‘We have a really diverse executive, including women,’ he said.

Blood said that the group was not autonomous and was intended to provide support, and also responded to fears the group would provide a space for expressing misogynistic ideas.

The objectives of the Network are to ‘promote and foster discussion of male gender-related issues’ and ‘create the space for members to seek support in a confidential and non-judgemental environment’, the group’s fact sheet read.

The group has 33 formally registered members and more than 350 members of a Facebook discussion group, and will now seek to hold a fundraising event with Menslink, an organisation which supports men in the ACT and southern NSW.

The motion for the group to affiliate passed with five votes against and 10 abstentions. No one spoke against the motion.

The president of the ANU Circle for Gender Equity, Jody McPhee, spoke in favour of the motion, arguing that the Men’s Network was a ‘really important thing to have on campus’.

McPhee said that the Circle for Gender Equity was planning a collaborative event with the Men’s Network for next semester.

‘I think it’s really important that we do affiliate this club so that moving forward we can have these events, especially with Menslink and other clubs like the Circle for Gender Equity,’ she said.

Blood told Woroni after the meeting that he would now focus on the ‘back end’ of the ANU Men’s Network, writing policy and focusing on administration.

The last time a motion was put to the Clubs Council for the Men’s Network to affiliate, it was not passed due to a high number of abstentions. A similar motion was on the agenda for the previous meeting, but could not be voted on after quorum was lost.

Concerns have been raised that allowing the Men’s Network to affiliate with the Clubs Council would be a ‘slippery slope’ towards the establishment of a Men’s Department.

The group, created in May 2016, first called itself the ANU Men’s Department before quickly changing the name to the Men’s Collective.

But the ANU Men’s Network has been at great pains to reiterate that this is not currently on the agenda, and that such a policy would be subject to a decision of its executive. The current executive unanimously voted against launching such a campaign.

Speaking to Woroni Blood said that while he ‘used to think that we needed’ a Men’s Department he no longer feels that way.

‘It was only by discussing the issue with other people – not just Men’s Network execs, but other people in the Men’s Network, also just people in general – did I realise that the functions of a department are primarily support and advocacy. We can do both of those things as a student club. There’s no need for us to become a department.

‘Men, particularly for being men, aren’t being marginalised to the extent where I think you can justify it,’ he said.

The Men’s Network’s Facebook page was originally called the ANU Men’s Department and was formed in response to allegations that the ANU Women’s Department’s closed, autonomous Facebook group was being used to bully members of Stalkerspace.

Screenshots were leaked in violation of that group’s policy and were posted to Stalkerspace, which raised questions of free speech.

One person familiar with the incident said that the original Men’s Department Facebook group was created to get back at the Women’s Department, and that it ‘was never originally intended to be about men’s mental health, abuse or anything.’

But President Rossi rejected that view, saying that he wanted to create something which would ‘serve a similar purpose’ as the Women’s Department. ‘A lot of people think it was a dig at them, if anything it was to imitate and reflect them,’ he said.

‘[The Women’s Department] had a good system going and I wanted to try and replicate that for men to a degree,’ Rossi told Woroni.

Rossi said that the events which led to the group’s formation were a ‘catalyst’.

‘I realised that men need a space … to be able to express and talk about men’s issues, because in truth a lot of the time … you try to express men’s issues and although they’re technically correct you’ll get attacked, you don’t feel safe.’

The group has been seeking affiliation since its formation in 2016.

In the previous attempt to become affiliated a large number of abstentions saw the motion fail.

‘Last time round I think there concerns that weren’t adequately put to bed about ties to MRA [Men’s Rights Activism], our tolerance on it, our stance on it, our official policies regarding it. I think that speaks credit to the process itself,’ Blood told Woroni after the group affiliated last week.

Rossi said there had been a ‘conscious effort’ to improve the public image of the Men’s Network.

‘Public representation is important,’ he said.

The ANU women’s officer, Holly Zhang, said she was ‘keen’ to collaborate with the Men’s Network and ensure its Facebook group operated in a safe manner that minimised the risk of vicarious trauma and pointed people towards professional avenues for support.

Zhang said she was not interested in holding ‘onto the past too much’, and said the present group has ‘very good intentions.’

‘I’m happy to collaborate and work with the Men’s Network,’ Zhang said, with a view to ‘improving the social media landscape in terms of bad things that happen in the world because of the patriarchy.’

The Men’s Network is currently planning a collaborative event for next semester which will see them team up with the Circle for Gender Equity to raise money for local charity Menslink.