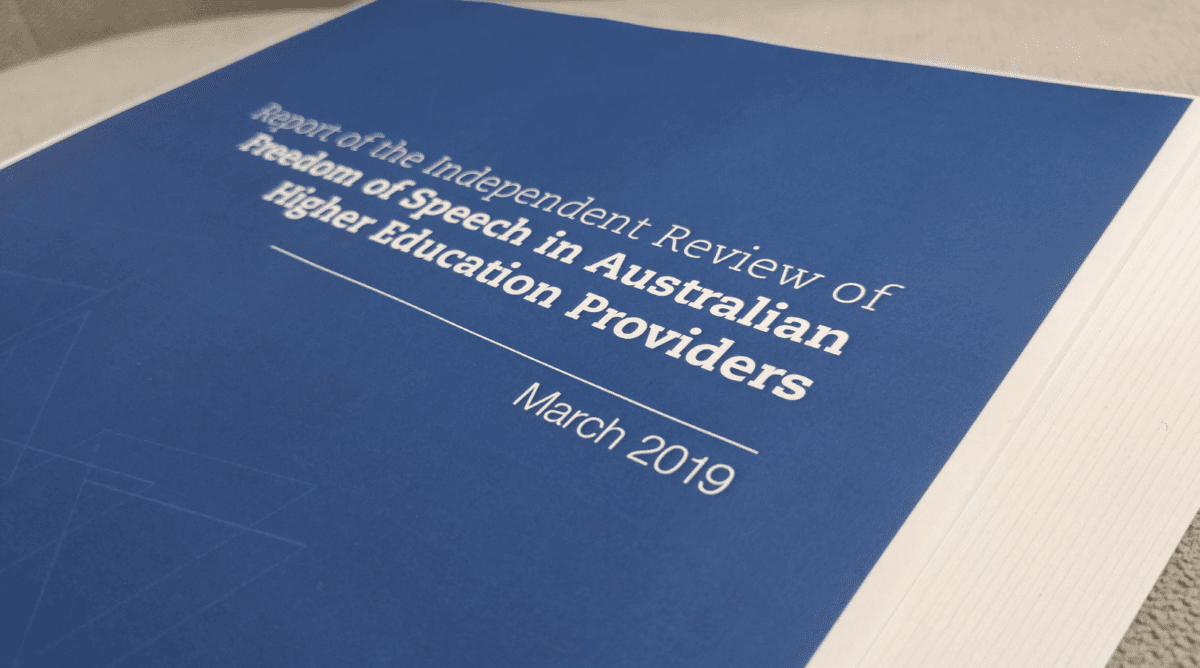 A report into the state of freedom of speech at Australian universities has been released by former Chief Justice Robert French. The report, which follows a contrary December 2018 audit from the Institute of Public Affairs, found no evidence of a free speech crisis.

“We remain concerned that sector-wide legislative or regulatory requirements would be aimed at solving a problem that has not been demonstrated to exist and any changes could conflict with fundamental principles of university autonomy.”

French noted that this concern for academic freedom was sustained by some University Chancellors, including ANU’s outgoing Chancellor Gareth Evans. In the Chancellor’s Oration at the National Conference on University Governance, the Chancellor disparaged “‘attempt[s] by some students and staff to shut down argument and debate, on the basis that people should not be exposed to ideas which with they strongly disagree”.

“This Review makes an important contribution to the higher education sector’s reflection on and management of issues of free speech and academic freedom and I have accepted Mr French’s recommendations” – Dan Tehan, Minister for Education

However even Evans noted “we do not presently have anything remotely resembling a free speech crisis in the Australian system”.

The audit into Free Speech on Campus, which sparked the review, was conducted by the Institute for Public Affairs, a think tank dedicated to economic and political freedom. The 2018 audit compared universities for their ‘support for free speech’ and gave the ANU a ‘red’ rating for its protection of free speech.

The audit took issue with the ANU’s policies against blasphemy, specifically the ANU’s Discipline Rule aimed at preventing speech that causes offence on the basis of ‘religious belief’ or ‘national or ethnic origin’. As evidence of this, it noted that ANU cancelled events with speakers associated with Hizb ut-Tahrir.

We do not presently have anything remotely resembling a free speech crisis in the Australian system. – Gareth Evans, ANU Chancellor

The audit says “these policies are a serious threat to freedom of inquiry. In the process of exploring and contesting ideas, particularly in contested fields such as religion and politics, it is not uncommon for an individual to be offended.”

The audit was not without factual error, reporting that the ANU had divested from fossil fuels.