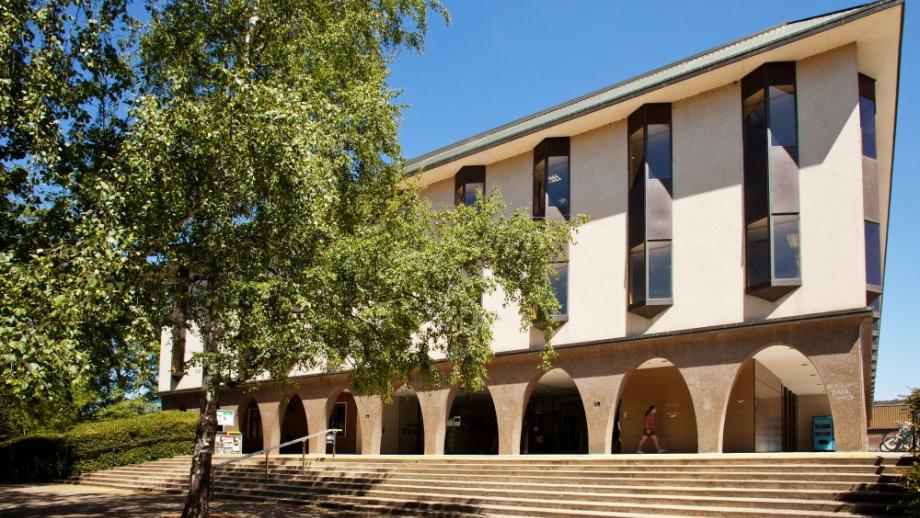 On 11/03/2021, members of the university, including library staff, the National Tertiary Education Union (NTEU) and the Education Officer, protested the ANU’s decision to cut library staff, citing failure on behalf of the University to protect the welfare of its staff and students in the library.

The ANU Education Activism Network and the NTEU have held two rallies in opposition of the library staff cuts, including today’s staff speak-out and a sit-down meeting on March 3rd.

One member who identified themselves as a permanent staff member of the ANU library described their experience. They stated that “almost every day that I’ve been closing, I’ve encountered students racing to the door at three minutes to five begging that we let them quickly race up to grab a book, staring questioningly at a door that won’t open.”

Staff also said that last week, a student tried to hide in the library to stay past 5 pm. “We are forced to push students out who are still using the library and study spaces. We have to interrupt them while they are studying on zoom attending lectures,” said one attendee.

According to the Activism Network, a former library staff member affected by the cuts reported that the standard working week had been cut from 19 hours in Semester 1 2020 to an average of 6 hours in Semester 1 2021. Moreover, most ANU libraries (Chifley, Hancock, Art & Music, Law, and Menzies) have had their staffed hours cut significantly.

The most recent speak-out protest comes after a survey conducted by the NTEU, which revealed among other issues that 82.5% of ANU library staff had an increased workload in the past year, while 84.2% said they have more work to complete in the same amount of time. The survey also found staff morale was relatively low with respondents placing themselves at 4.8 out of 10. Further, they perceived the morale of fellow staff members a 4 out of 10. It cited issues such as cuts to staff, funding and additional job duties for responders.

At a previous meeting titled “COVID and the Crisis of the Corporate University”, a student activist from the Activism Network raised concerns that the University is turning into a “degree factory” that only “run[s] courses most enticing to businesses and [the] government”. Another student said that universities should be a venue for “expanding collective human intellect” rather than “one overburdened tutor who doesn’t have time to engage with all their students” and “run for profit”. They were also afraid of Australian universities “turn[ing] into a US-style form of higher education”.

A spokesperson for the ANU has responded to the criticisms stating that “the Library will continue to review needs and opportunities to provide service innovation.”