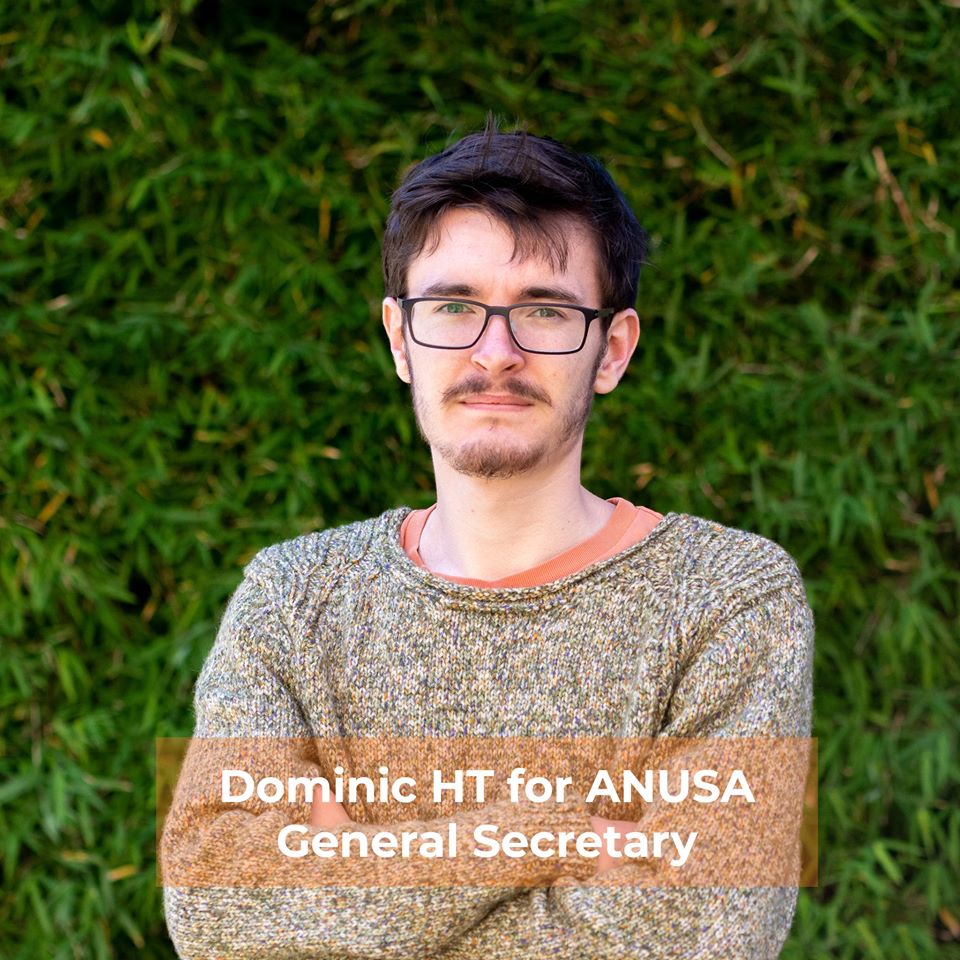 Dominic Harvey-Taylor, a 2019 College of Asia and the Pacific representative has announced his independent candidacy for the ANUSA General Secretary in 2021. Running under the slogan ‘Independent, Experienced, Policy Driven’, Harvey-Taylor plans to improve the functionality of ANUSA, communicate effectively with students, work with clubs and societies, encourage student participation in ANUSA and provide training for student representatives.

Harvey-Taylor resigned from his position on the 2020 ANUSA disputes committee in order to run, and is promising disputes committee reform if elected. This would include simplifying the process of filling casual vacancies, clarifying the role of the disputes committee during the elections and removing the ability of the Returning Officer to strip ANUSA members of their membership.

“Running as an Independent gives me much more flexibility, autonomy and control over my campaign” Harvey Taylor highlighted as his reasons for running independently.

“Because the ANUSA General Secretary is meant to act impartially, I believe students will particularly appreciate the value of a General Secretary who is running independently rather than coming into the role with a pre-existing relationship with others on a ticket” he continued.

However, Harvey Taylor conceded that “the disadvantage of running independently is that large tickets can outspend me on Facebook advertising, graphics, websites and colour coordinated t-shirts as a full ticket’s cap on campaign expenditure is 600% more than an independent candidate and the costs are spread out over multiple people.”

Conversely, Harvey Taylor accepted this may be difficult, highlighting that, “Other representatives may have different priorities, or other things may become more pressing. I know for example COVID-19 has certainly affected the priorities of ANUSA representatives this year. In these scenarios, however, you should communicate clearly with the student community the reasons why you fell short of your aims or why you are taking a different approach. ”

Grace Sixsmith ran for a General Representative position in 2018