Hope Students will Go as Nat Con Delegates, Not Observers 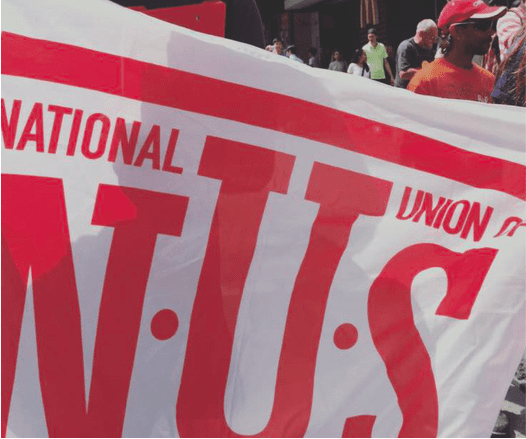 At the beginning of this year, ANUSA voted to reaccredit with the National Union of Students on the condition that the NUS improved their transparency. So far, the NUS has not met ANUSA’s conditions.

In 2016, ANUSA was affiliated with the NUS, but did not pay accreditation fees.

Earlier in the year, the University of Canberra Student Representative Council (UCSCR) voted to disaffiliate with the
NUS completely. The UCSCR president said the decision was based on the NUS’s failure to provide any services of real value.

With the UCSCR’s disaffiliation, and ANUSA yet to officially accredit, the NUS ACT Branch could be forced to dissolve. ‘If the ANU doesn’t accredit there will be no ACT NUS branch next year,’ newly elected NUS delegate Freya Willis told Woroni.

Willis said that despite not having officially accredited yet, the ANU has worked closely with the NUS this year. She is optimistic that ANU students still support the NUS.

Every year, the NUS runs a National Conference, which is a forum for delegates from Australian student unions to debate national issues facing students.

It remains to be seen whether ANUSA’s newly elected delegates will represent ANU students at the NUS National conference this December. Willis told Woroni that if the NUS doesn’t fulfill ANUSA’s conditions, her and the other delegates will be sent as observers to the conference. This would be the second year ANU student attended as observers.