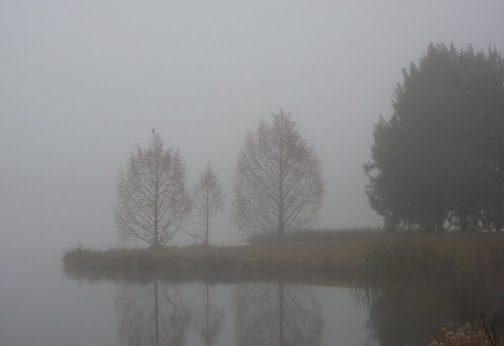 The leaflets and posters, which contest what they deem the ‘official version’ of the Holocaust, are distributed by the Chemtrails Geelong group and were also found at the University of Canberra.

The posters and flyers refer to the recently released film Denial, a dramatised account of the the high-profile libel case brought by the author and Holocaust denier David Irving against Deborah Lipstadt.

‘A holocaust film just released in Australia, would have us believe that in a court case in 2000 proved the official version of the Holocaust. Did it really?’ the material asks.

Flyers were slipped in between the windscreen wipers and the windshields of cars in residential college carparks, and other cars on the west side of campus.

An eyewitness described the distributor of the material as wearing large, silver headphones, and a high-necked fleece jacket. He was approximately 50 years of age, they said.

Last Thursday, these same leaflets were found on a noticeboard outside the School of Art.

Several hundred of the posters were found at the University of Canberra campus in Bruce last week.

A video published on the Fascist Free USyd Facebook page last Wednesday recorded an altercation with one of the distributors of these leaflets.

At first the distributor challenged the videomaker to use their ‘brains instead of just being emotive about it’, to which the videomaker responded: ‘This is fucking bigotry.’

Later, around a dozen students surrounded the man, who at points chanted ‘Fuck off Nazi, fuck off’ and said, ‘This is what is going to happen to you literally every time you step on campus.’

The organisers of the leaflet drops, Chemtrails Geelong, have a website that propagates a mix of views. The authors condemn the ‘flagrant promoting of homosexualism’, calls psychiatry a ‘fraud’, but also supports a 100 per cent shift to renewable energy.

Within the section disputing the Holocaust, the authors host a lengthy blog that challenges the decision of the famous Nuremberg Trials, as well as blaming the ‘emotional manipulation’ of Hollywood, and the ‘international Jewry’, for the prevalence of Holocaust narratives today. The latest update to the blog, dated as January of this year, iterates the argument that was printed onto the leaflets.

Similar flyers were distributed in a separate incident at ANU last year.

The Australian Union of Jewish Students hit back at the leaflets, writing in a Facebook post: ‘AUJS is profoundly concerned that these leaflets are part of the increasing normalisation of antisemitism on Australian campuses with growing reports of Jewish students facing abuse simply because of their identity.’

The president of the ANU Students’ Society, James Connolly, said that the material was ‘inherently intolerant.’

‘ANU as a university is committed to being inclusive to people of all faiths,’ he said.

A spokesperson for ANU said ‘the vice-chancellor has made it clear that the distribution of derogatory and inappropriate material is completely unacceptable … ANU Security removed the fliers, and is reviewing CCTV footage to identify the perpetrators’.