'Have a Jab with Jeffery' Launches Candidacy 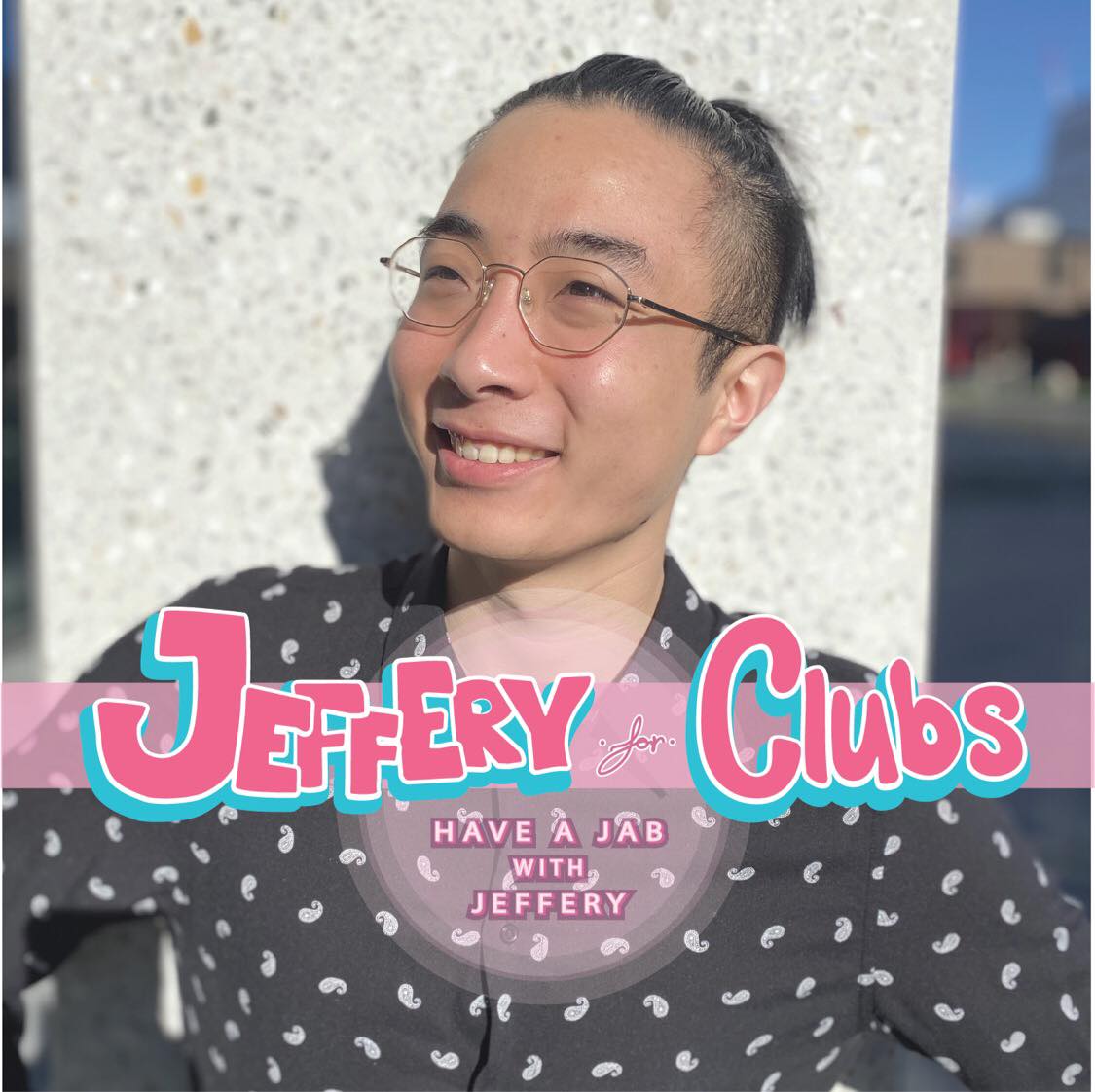 Jeffery Yang, currently Affiliations Officer of ANUSA Clubs Council, has launched his ticket for Clubs Officer for 2022. He is running “because [he] believe[s] that students deserve a better campus life than we’re currently getting, and because ANUSA can do more to support the volunteers working tirelessly to keep our clubs running.”

Yang hopes to “reframe Clubs as one of ANUSA’s main offerings”, stating that “they are the lifeblood of this University, and I know first hand both how much they can mean to people, and how difficult they are to run well”. He hopes to “make it easier to start clubs, join clubs, and run clubs … and help more people connect with each other”.

Yang has had four years on the Clubs Council, residential committees, and society executive positions. His selected policies include:

Yang explains his reason for running because of “The systems in place at both the policy and institutional level [being] vastly inadequate to serve the needs of both students and clubs”, and because he has “witnessed the slow abandonment of remote and off campus students”. He is running independently as he “values … interpersonal relationships”, and had been “warned .. that running on a ticket could have potentially negative impacts on [these]”. He stated that “running as an independent also gives [him] considerable freedom in choosing [his] policy priorities”.

He describes his qualifications and track record as means for his candidacy. As the “only candidate with the working relationships across ANUSA, ANU stakeholders, Residential Halls, and clubs themselves”, he believes he is the best option for the “leadership and stability required for a functional Clubs Council’. Moreover, he stands by his policies “because it has been crafted in consultation with clubs big and small, resident committees, ANUSA officers/departments, and most importantly with students themselves.”

Yang’s past achievements include: