'Electrify' and 'You!' Cross Party Lines

In a move that crosses party lines, ANUSA election tickets ‘Electrify’ and ‘You!,’ are putting aside their political differences and joining ranks for the upcoming ANUSA election. As a partnership, both tickets are hoping to “appeal to a broad cross-section of the ANU student body,” and will be collaborating and supporting each other on policy issues and campaigning.

Conversely, ‘You!’ will be supporting Electrify’s candidate for Social Officer Nick Pagonis and its candidates for NUS delegate.

Pagonis stated that “in this year’s election there are only two tickets that are running on what students actually care about.” Pagonis claims that “[o]ur tickets are both sensible in policy and unconventional in approach” and that they “are excited about supporting each other in this election.”

Cass, outlined that “both of [their] tickets, like most ANU students, just want less waste and better services from ANUSA.” With this partnership, Cass says that they are hoping to bring “less bullshit, more parties along with better services and advocacy” to ANU students. 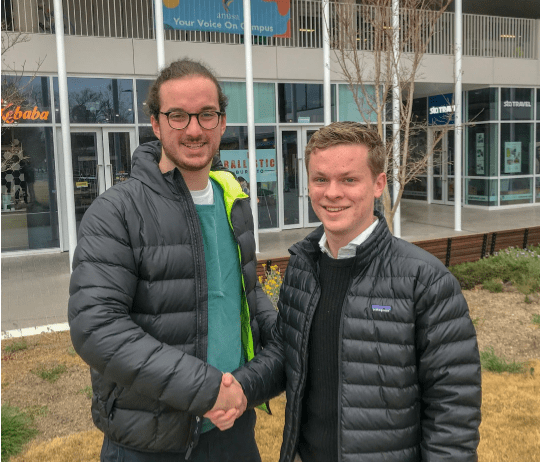 At release, ‘You!’ centred their campaign launch around pay cuts for the executive, and recalibrating the ANUSA budget to better align with student needs. Conversely, ‘Electrify’s’ policy at announcement concentrated on developing the social climate in and around ANU. Demonstrated by their slogan “More Parties, Less Bullshit.”