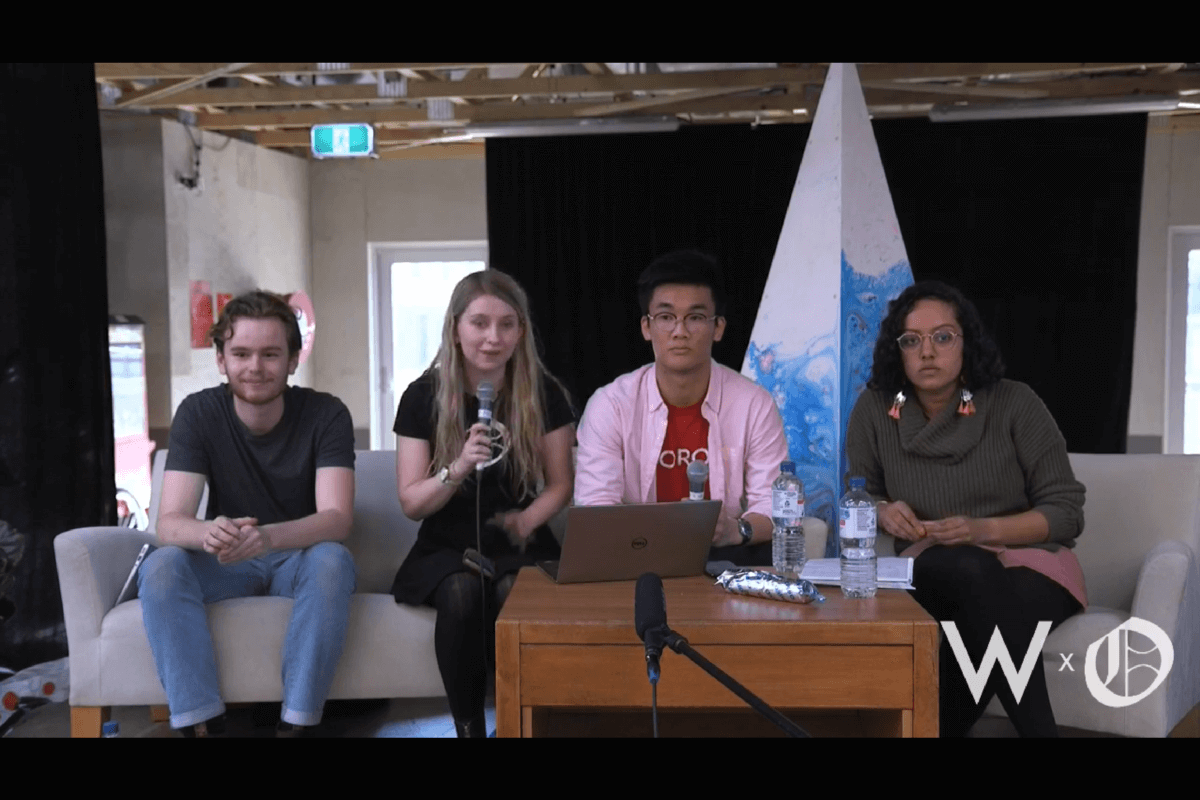 The Pop-up hosted the first ANUSA debate between the two nominees for Education officer Niall Cummins for Ignite ANUSA and Tanika Sibal for Refresh ANUSA. The position of Education Officer is the only contested executive ANUSA position in week four’s student elections.

Both candidates echoed the sentiments of their policy documents when prompted with notice about their proposed actions towards the currently implemented 12 week semesters. Cummins strongly asserted that the current system “takes students for granted” and that he will consult with the education committee to campaign against the current 12 week system. Sibal highlighted how courses are being condensed to fit into the shorter semesters and subsequently, students are receiving less for the same amount of money. Sibal also asserted that she would “work closely” with Vice President Campbell Clapp and President Eden Lim to produce campaigns centred around how the 12 week semesters have influenced the experiences of students and teachers.

When queried as to their opinions on the live streaming of the NUS, Niall demonstrated his concerns. He highlighted that a live-stream of the event, removed the ability for the union to discuss “contentious issues” and was sceptical as to what benefits a live-stream of the event would provide. In contrast, Refresh Candidate Sibal, supported the proposal. She drew on her experience at this years conference, asserting that when camera’s accompanied the appearance of Greens Senator, Sarah Hanson-Young, the discussion became far more efficient and she believes that a live stream would achieve a similar result.

Sibal was queried as to whether she would distribute a list of parliamentarians and how they voted on issues in light of her proposal to collate and distribute information on politician opinions regarding increasing HECS repayment threshold. The Refresh ANUSA candidate expressed an interest in pursuing a similar course of action given the upcoming election likely to be held in 2019.

Prompted on notice as to his plans to reform the education committee, Cummins outlined that he plans to emphasise key focuses of the committee going forward. Drawing experience from the recent committee meeting on housing, Cummins outlined that a clear meeting objective allowed for greater student engagement and productivity. The Ignite for ANUSA candidate also outlined his plan to shift the structure of the committee to align closer to the model of a parliamentary system. He also asserted that he wished to work with two passionate general representatives to work towards more effective campaigns.

Both candidates asserted that funding cuts from the federal government are the greatest foreseeable education issue in the coming year. Sibal demonstrated that she aims to counteract this through the provision of lobbying campaigns through print and social media. Cummins more directly cited action to lobby directly to cross benches as well as producing campaigns demonstrating student opinions.

An audience member asked both candidates as to how they will respond to the recent cuts to the diploma of languages by the federal government. Cummins demonstrated his intent to produce a “big campaign”, which utilises the testimonies of alumni and those who missed out on the program. Sibal praised the current efforts of the education committee and pledged to continue their work.

The incoming President and Vice President were also interviewed. They showed enthusiasm for their upcoming terms. 2019 will be the first time in three years that the two positions are nominated from different tickets.