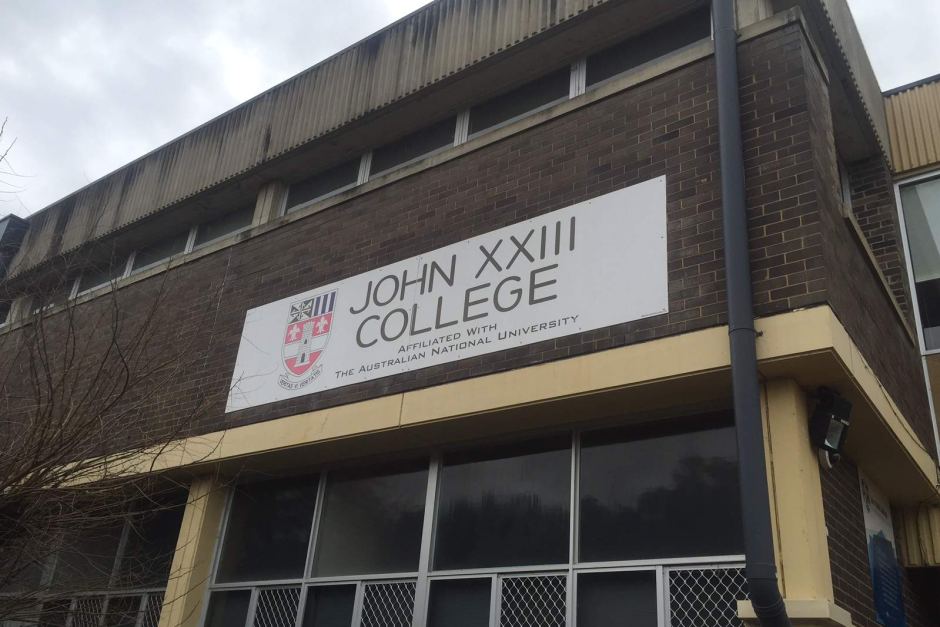 ‘On-hold’ students at St Johns’ XXIII College will have to wait until the first week of December before knowing whether they have a place at the residence next year.

Johns’ president Lucy Bannon told ABC Radio Canberra that this date had been pushed back.

‘Originally it was the 20th of November, but it’s not looking like that. Now we believe they are pushing it back to after the exam dates so they can see if students fail and use that as an excuse’.

Bannon has spearheaded the student action against her college’s administration, filing a petition signed by 180 Johns’ residents last week which accused the returner application process of abusing ‘the trust our residents have in the administration’.

‘There are many other students who are less worthy than these boys of being admitted — some of these boys have distinction averages, play every sport in college, and don’t have behavioural probation,’ Bannon further told the ABC.

Head of hall Geoff Johnston told Woroni that they hadn’t planned to put students ‘on-hold’ at the beginning of the process, but they were forced to after recognising that not enough residents wished to leave.

‘We made a lot of offers before we realised we weren’t getting enough people not returning, and therefore we had to put a hold on the offers that we were making and people had to be put on this list’. This may have influenced the fairness of the process, as some students who were let in before the Johns’ administration realised their mistake may not have deserved it as much as though who are ‘on-hold’. While Johnston had previously told students that their behaviour throughout the year was a key discriminator for whether they were offered a place, he told Woroni that some residents accepted before the creation of the ‘on-hold’ status had in fact been given warnings and probation for bad behaviour. ‘There have been people who would have had issues early on in the year, and they would have been disciplined, and if they have learnt from it then they would have been given offers’.

When asked how the administration decides who has learnt from their behaviour and who has not, Johnston said that they looked at ‘their ongoing behaviour and their attitude – you can tell that in a lot of cases’.

Around 70 students were initially placed on the ‘on-hold’ list, but by the end of last week that number had reduced to 41. The Johns’ administration asked students ‘on-hold’ to write further submissions, in order to narrow down the original wait-list.

The controversy at Johns’ comes after a large number of students at other colleges, including Bruce Hall and UniLodge, had their returner applications denied. 42 per cent of current students at UniLodge were required to clear out in order to make way for first year students in 2018.

A key question that students are asking is whether they will be able to find off-campus accommodation with such an influx of students diving into the market.

When asked how Johns’ college was assisting students who don’t know whether they should seek out off-campus accommodation, Johnston said that he was in contact with the residents that were ‘on-hold’. ‘I sent out emails to a number of students maybe two weeks ago, saying “given the length of the list it might be worth having a look out for accommodation”, and there were three different emails sent out depending on where they were on the list’.

But Bannon has said that this response might not be enough. ‘If they don’t taken [the petition] seriously we will consider further action. A lot of the Johns’ parents work in the legal field, so hopefully they will aid us in that endeavour’.