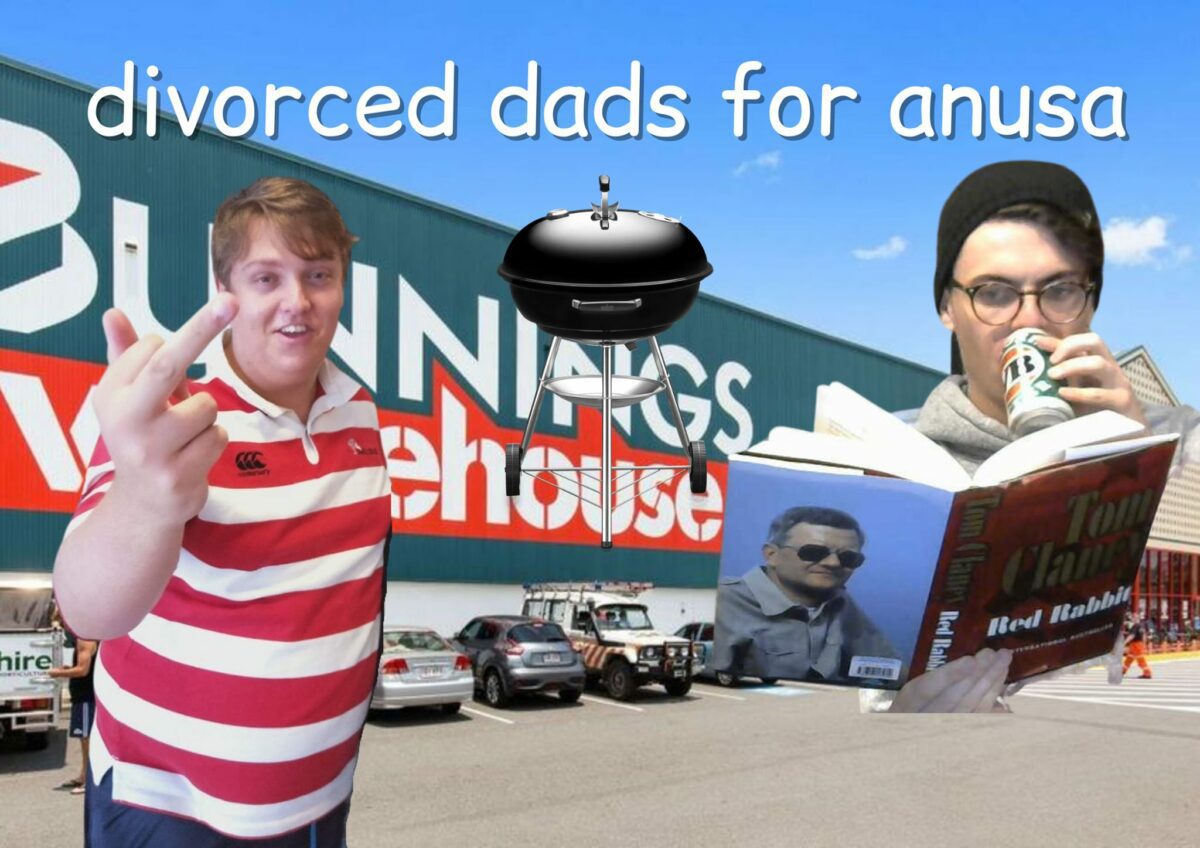 Update 28 August: ‘Divorced Dads for ANUSA’ has withdrawn from the ANUSA elections.

‘Divorced Dads for ANUSA,’ headed by Elijah Smith and Ben Wicks, have announced their ticket for the upcoming 2021 ANU Students’ Association Election. After supposedly being left by their respective wives, Susan and Darlene, and being cast out of society as “political failures” they plan to use their platform to advocate for the needs and welfare of divorced dads on campus which includes installing Scott Caminetti as Vice Chancellor and converting the Kambri lawns into a non-profit cage fight arena. The pair plan to contest two NUS Delegate positions to be “your voice fighting for your ex-wife back at the National Conference and will sit with the NLS”.

Smith and Wicks stated that they “[h]eard NLS have the best drinks so will probably hang out with that mob”, and said that “the only thing we hate more than our ex-wives new boyfriends, Brentàn and Clarence, is Scumo, so were both proud members and backers of the union boys in the ALP”.

Among their policies and intentions, Elijah and Ben are launching the ticket with a platform that is “simpler then [sic] microwaving the ready-made meals we’ve have [sic] lived off for the past year.”

Their platform includes increasing the transparency of the University’s finances and expenses, which includes providing an accurate quote of the cost of Chancellor Julie Bishop’s office in Perth, and ensuring that the University’s newly purchased land for a planned bus stop is used in the interest of students.

A full list of their policies are detailed below:

Wicks and Smith state that “there will be more to come and more detailed plans coming soon but the deck needs another oiling before this bloody rain comes”.

Smith is also running for Clubs Officer on the ticket ‘Get Sh!t Done for ANUSA’.

The first independent ticket for ANUSA has launched tonight. Su-En Hia is running for Clubs Officer in the 2022 ANUSA election.