Despite Appeal, University Of Sydney Ad Banned For Being Racist 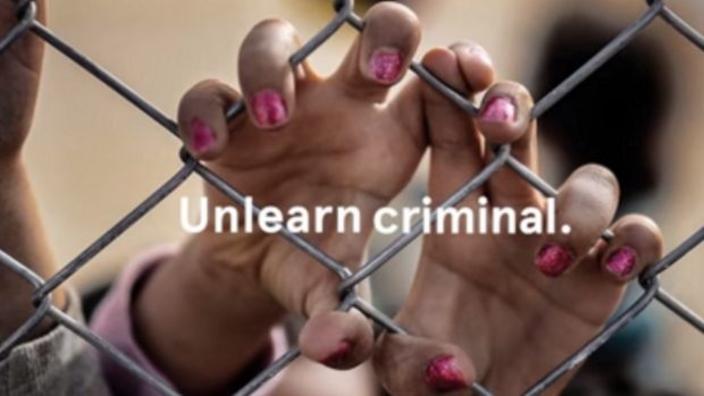 After an unsuccessful appeal by the University of Sydney, an advertisement that comprised part of the university’s ‘Unlearn’ marketing campaign has been banned by the Advertising Standards Board for being racist.

Late last year, a number of complaints were made about the advertisement, which depicts a child’s small hands reaching through the holes in a wire fence, overlayed with the words “unlearn criminal”. The child has dark skin. At the bottom of the advertisement, the words “we’ve reimagined the way we teach, so our students can reimagine the world” appear.

A decision in November determined that the advertisement, which was shown at bus stations, train stations, and external billboards, had breached the industry’s code of ethics.

In an appeal, the University of Sydney argued that the intention of the campaign was not racist:

“The advertisement, along with other advertisements in the ‘Unlearn’ campaign, communicates the University’s new undergraduate education model,” wrote the university in response to the decision, “which aims to give students the critical thinking skills that allows them to question established beliefs”.

The elite university also claimed that the image, source from the United Nations High Commission on Refugees, related to ongoing academic research concerning Aboriginal and Torres Strait Islander incarceration rates. According to the university, the advertisement “advocates an approach to controversial subject matter that is non-discriminatory and open-minded”.

Section 2.1 of the AANA Code of Ethics notes that advertisements should not “portray people or depict material in a way which discriminates against or vilifies a person or section of the community on account of race, ethnicity, nationality, gender, age, sexual preference, religion, disability, mental illness or political belief.”

In deciding whether to uphold the appeal, the Advertising Standards Board wrote that the word criminal was “very prominent” in the advertisement.

“In the Board’s view the overall impression of the advertisement is that non Caucasian people are criminals – whether in the context of being held in gaol or in detention camps.”

It was further suggested that the meaning of the word ‘unlearn’ was ambiguous:

“Though the intent of the advertiser was in fact to ask people to challenge stereotypical assumptions regarding race, the particular emphasis on the word ‘criminal’… was unlikely to give that impression and in the Board’s view did depict material in a way which discriminates against a section of the community on account of ethnicity.”

As per Advertising Standards Board protocol, an independent reviewer analysed the decision, and ultimately recommended that the advertisement was not in breach of the code of ethics. Despite this, the decision remained and University of Sydney’s appeal was dismissed.

The university has confirmed to the Advertising Standards Board that the advertisement has been taken down.

You can read the full appeal and decision here.