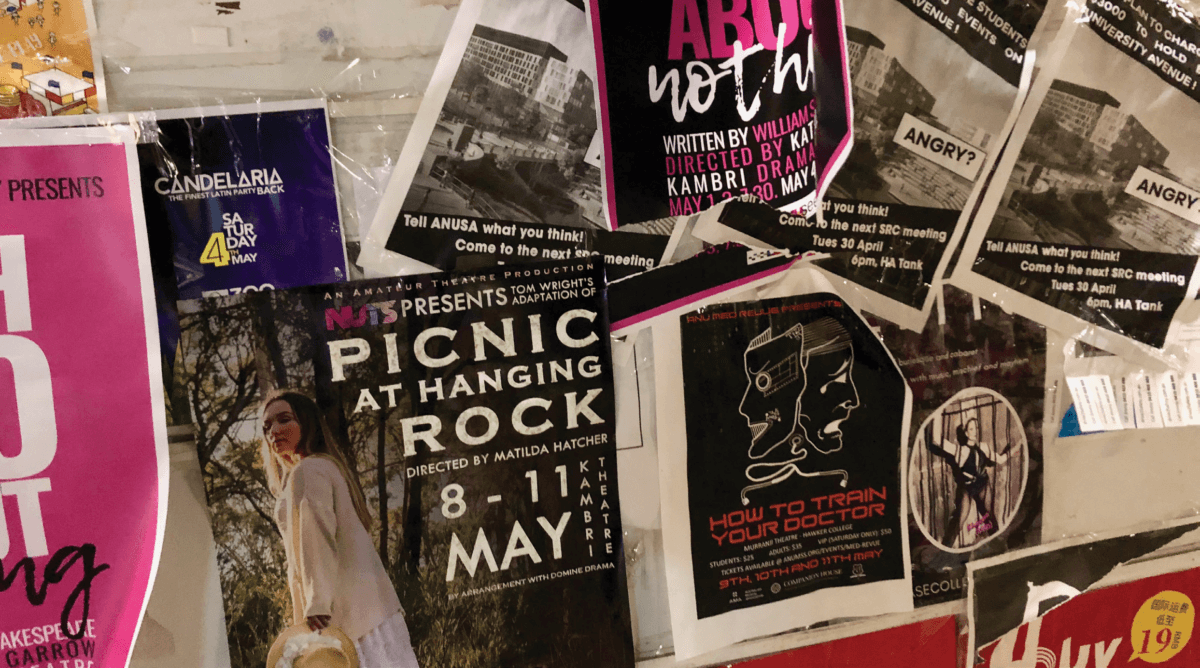 In the wake of the Christchurch tragedy, the Socialist Alternative (SAlt) have been criticised for their potentially insensitive advertising. Posters advertising an event on the ‘rise of fascism,’ with ‘Christchurch’ in block letters were plastered outside ANU Counselling only days after the tragedy, which saw 51 people killed.

Student James Eveille was concerned by the position of these posters. He was with friends at ANU hangout Coffee Grounds when he saw the posters affixed to the entry sign for ANU Counselling. “We saw they were about the Christchurch attack and thought that was quite improper in a place where students may be receiving grief counselling,” said Eveille.

The posters were removed shortly after James notified ANU Counselling. ANU Facilities, responding to Woroni for comment, said the removal of SAlt’s posters from ANU Counselling was not political.

“The ‘rules’ around putting posters up on campus, are that they need to be posted to the allocated poster boards around campus – i.e. they cannot be posted to building signage, wayfinding signage and the like.”

“The Rapunzel Room is a wonderful, inclusive space for our members where they can relax and wind down,” said Women’s officer Priyanka Tomar. “As per our goal of representing, advocating and supporting all women and non-binary students on our campus, we remain non-partisan with no direct affiliation.”

“This is why it has been so disappointing to hear that some individuals have been utilising the space inappropriately to advertise their political organisations,” she added.

Tomar, acknowledging the importance of political inter- action between students, suggests that there are “more suitable opportunities to advertise” events to their membership. She outlined that autonomous Facebook groups and collective meetings might be more suitable as they “don’t breach [their] members’ sense of safety and comfort”. Such avenues are always available for contributions and campaigning.