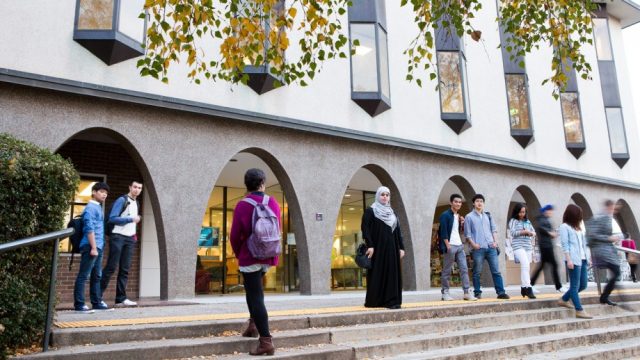 The ANU has unveiled a new online module, Consent Matters: Boundaries, Respect and Positive Intervention, designed to raise awareness of issues surrounding sexual consent. The module, available on Wattle, discusses issues of consent, healthy communication and being an ethical bystander.

The module has been developed in the context of nation-wide concern about sexual discrimination and violence on university campuses. A 2015 National Union of Students survey found that 27 percent of respondents had experienced sexual assault while studying at university, and concerns have been raised about the ability of universities to adequately respond to sexual assault.

ANUSA Women’s Officer Holly Haoyi Zhang, said that she was ‘very glad to see the university take on its responsibilities in educating and planning for the wellbeing and safety of its students in a more holistic way’.

The module is part of a wider framework of sexual health and sexual assault education provided by residential halls.

Burton and Garran, Fenner, Ursula and John XXIII have made the module compulsory for new students, with some also situating it within compulsory face-to-face sessions throughout the semester.

‘The additional compulsory session also helped me discuss issues I had never even considered before’, said Holly Stapleton, a Burton and Garran resident.

In some residential halls the module did not form part of a wider sexual assault and consent discussion, or was not made compulsory for students

‘A more embedded delivery program needs to accompany the online module which includes open discussions facilitated by professional educators experienced in delivering sexual consent training, to ensure students are engaged in a deeper, guided consideration of its content’, said Zhang.

One Unilodge resident stated that he was ‘actually quite surprised at how little there’s been’ in the way of consent education and discussion.

End Rape on Campus Australia’s recent Connecting the Dots report raised concerns about the lack of coherence in the ANU’s policies towards students accused of domestic assault.

‘Policies and procedures relating to sexual assault span over at least four different documents, not all of which refer to one another’, the report points out.

Three heads of hall admitted they had little or ‘no idea’ what of happens in sexual assault investigations, according to the report.

Editor’s note (9/3/17): An earlier version of this article implied that first-year Ursula Hall residents were not required to complete the online module. This is not the case, and the article has been amended to reflect that. We apologise for this error.