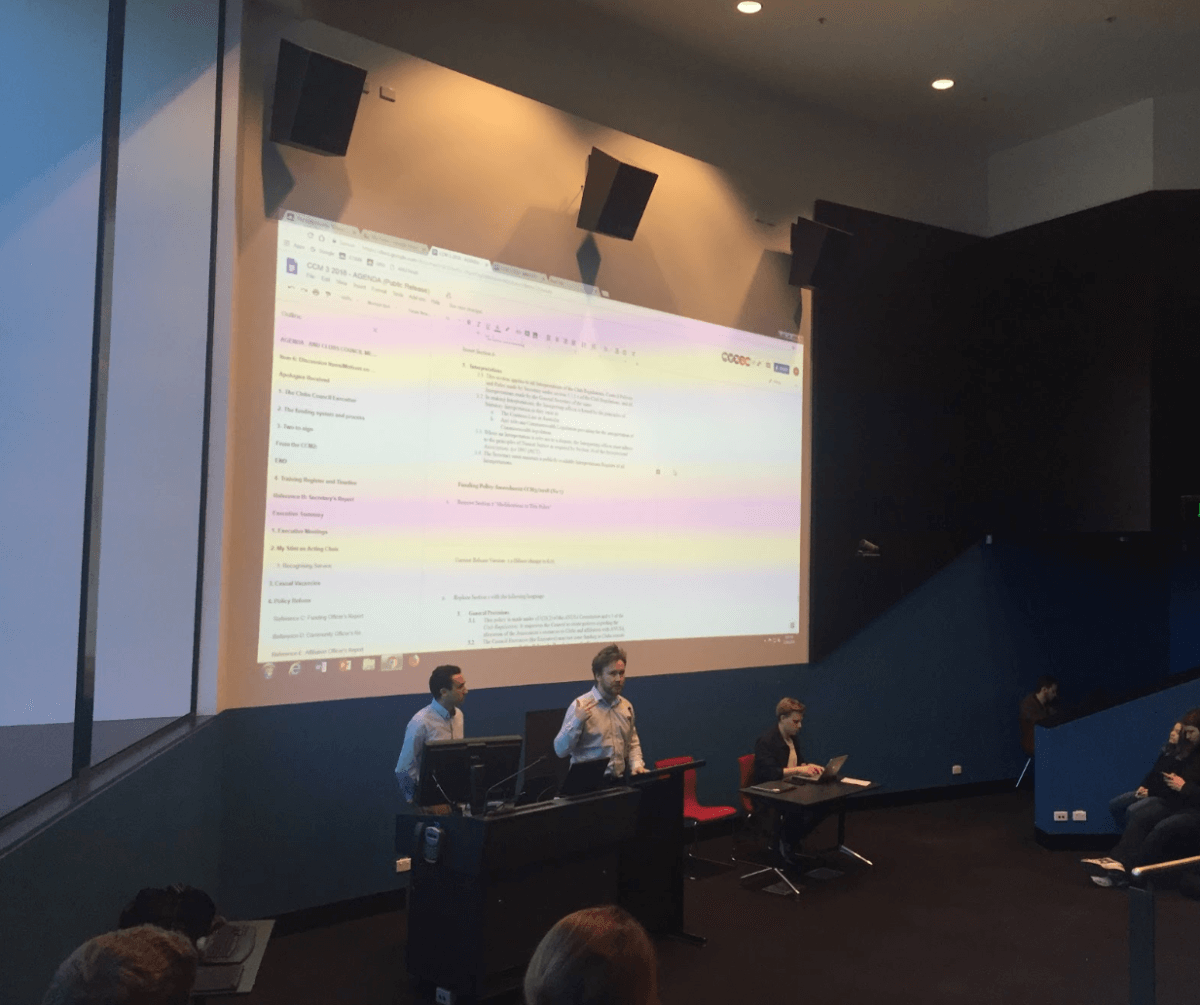 The Students Clubs Council met yesterday for their third Clubs Council Meeting of 2018. Seeing a number of executive positions vacated as of this semester, a significant focus of the meeting was to address any issues that have come about as a result of this.

Newly vacated positions in the executive include Chairperson, Communications Officer, Funding Officer and General Officer. While the other positions have all been filled, the position of Funding Officer still remains vacant.

Included among the issues caused by this change in the executive is the fact that the new Communications Officer, James Howarth, was only recently able to gain access to the Clubs Council email account. This has seen a backlog in emails to and from the council, with at least one club not receiving any notification that it’s bid for affiliation had been approved.

A major reform to the Clubs Council’s funding policy is the instituting of a flat rate of funding per person for Club events, allocating $11 per ANU student in attendance for ordinary events and $15 per student for “special events”. This is a move away from the funding rate being determined by the amount of people who attend the events, so as to allow for equal rates of funding to all clubs regardless of their size or popularity.

Another reform focused on granting to Council’s executive the discretionary power to refuse applications for travel grants should the use of such a grant be unreasonable or already funded through another student representative body. Speaking to the motion, Secretary of the Clubs Council Howard Maclean highlighted that almost every other grant included such a discretionary feature, and those that didn’t involved a considerably smaller amount of money.

Proposed as the Executive Powers Reform, another reformative motion was put forward with the purpose of standardising Executive powers under various policies and setting “ground rules” to executive meetings. It also looked to “centralise governance provisions under one policy”. Changes under this reform include the clear setting out of the process by which club regulations, council policies, and rules are interpreted, as well as to reconcile executive decisions with the constitutions, regulations and policies of both the Clubs Council and ANUSA.