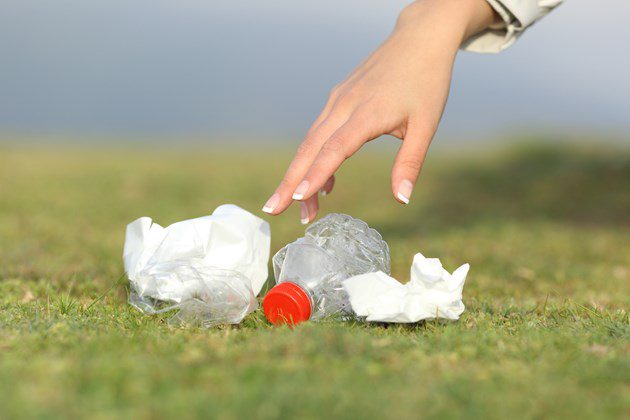 A group of Canberrans are setting out with a can-do attitude to tackle Canberra’s litter issue and restore the environment.

The ACT is the second dirtiest state in Australia. The most recent Keep Australia Beautiful surveys found an increase in litter contamination since 2014.

Trash Mob is Canberra’s newest informal environmental collective. The founder, Maddi Diamond, told Woroni that she aims to fight the growing increase of litter in the ACT by ‘doing the dirty work by hand.’

Diamond said: ‘Trash Mob is kind of like a flash mob. We show up, do our thing, then disappear. Except there’s a little less dancing and a little more cleaning up Canberra’s trash.’

Diamond describes the reason for creating the collective as a result of her personal desire to clean the environment.

‘When going for a walk, I often take a bag with me to pick up any rubbish I come across. One day, I just got straight up sick of it. I felt like I wasn’t even making a difference doing this by myself, because there was just so much of it. I thought, surely there are people who feel the same way?’

Trash Mob works to diminish the amount of litter within the ACT environment, meeting every few weeks to collect and properly dispose of rubbish.

Currently Trash Mob consists of roughly 100 supporters, although Diamond stresses that more people will increase the impact they can make, ‘We are averaging about 10 volunteers per clean up and doing an amazing job so far, so I can only imagine what we could achieve with more!’

In regards to the increasing amount of litter within the ACT, Diamond considers it related to ‘attitude and policy towards waste production.’

‘It would be tops if people threw rubbish in the bin and not out the car window. But really, the core problem here lies in the way we manufacture and package goods. It’s almost impossible to buy food, clothes, electronics, and literally anything else, without it being wrapped in single use plastic,’ Diamond said.

One of Diamond’s biggest concerns is the fact that, when litter is released into the environment ‘it will always exist.’ The majority of plastics are not biodegradable, and release toxins and chemicals when they deteriorate which are harmful to plants and animals.

Diamond states that the negative impact of litter on humans is often overlooked: ‘These toxins end up in the food we consume!’

In response to why she takes on a ‘hands on’ approach, Diamond said, ‘Littering is illegal, but once it’s on the ground, who’s going to clean it up? If we don’t, then it’s going to live there forever. When you remove rubbish from the environment, you enable nature to carry on and do its thing, and that’s what we aim to do.’

Diamond states it is the aim of the collective to utilise their capacity to make a change. ‘I want people to know that even though we may not be the ones with the power to call the shots and make the rules, we can still make an impact. Climate and environmental predictions are grim, but don’t despair. Instead, get together, organise and get shit done. Trash Mob enables people to connect with the land that gives us so much, that sustains us. It allows us to give back, and protect our local environment in a super easy, fun and safe way,’ she said.

Diamond says that anyone with a passion for cleaning up the environment is welcome. ‘So far, Trash Mob has been small-scale successful. We want to grow this movement and get as many people involved as possible, to maximise the awesome impact we can have on our city.

You can get in touch with Trash Mob on Facebook or by email: trashmobcanberra@gmail.com.