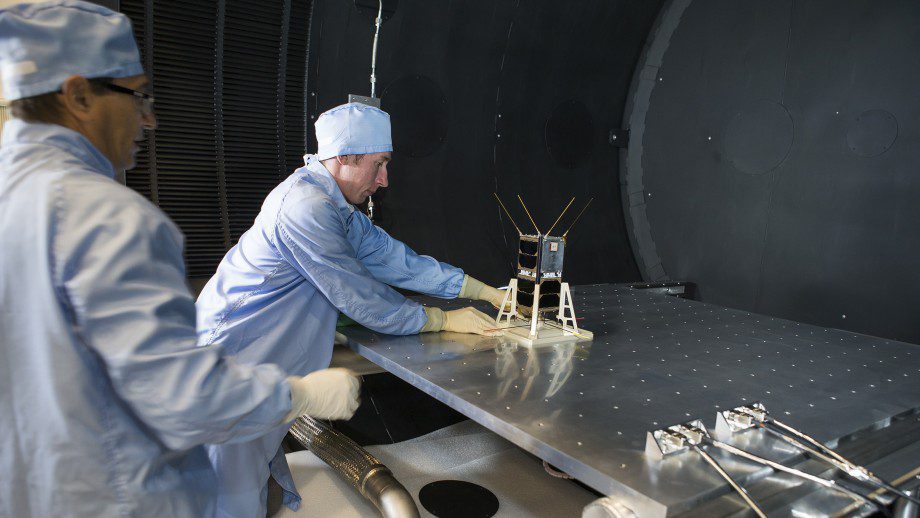 Three tiny CubeSats were launched this month from Cape Canaveral, Florida. They are part of the European Union-led QB50 program, through which 50 miniature satellites are being developed and deployed to research the lower layers of Earth’s atmosphere.

The satellites are each built from cubes only 10 centimetres a side.

INSPIRE-2, the satellite with which the ANU has been most involved, consists of two of these cubes, and weighs about 2 kilograms.

Little research has been done into the lower thermosphere, where the CubeSats will be operating. Both terrestrial and space weather events affect this part of the atmosphere, making it a turbulent zone for satellites to operate.

As the CubeSats spiral through the thermosphere, they will measure the temperature and density of molecules and charged particles, relaying back to Earth simultaneous data from various points in the thermosphere.

The CubeSats’ mission will last eight to 12 months, after which the satellites will burn up as they fall closer to Earth.

The ANU was responsible for power, communication and control components of INSPIRE-2.

As the CubeSats begin transmitting data back to Earth, the ANU’s Ground Station Blue Wren will be one of three ground stations receiving this information, alongside those in Sydney and Strasbourg, France.

With the Earth’s atmosphere becoming increasingly congested, developments in miniaturised satellites are being embraced in what is coming to be known as a ‘low-cost space race’. Miniature satellites are also small enough to be launched along with larger payloads, piggybacking into space. This combination of size and low cost is increasing access for students to both the development of, and data from, satellite missions.

The CubeSat launch marks an Australian commitment to developing capabilities in this emerging area of space research.

This discovery came as part of a wider investigation into the movements of people across the Pacific and beyond, as well how people lived and adapted to a rapidly changing climate.