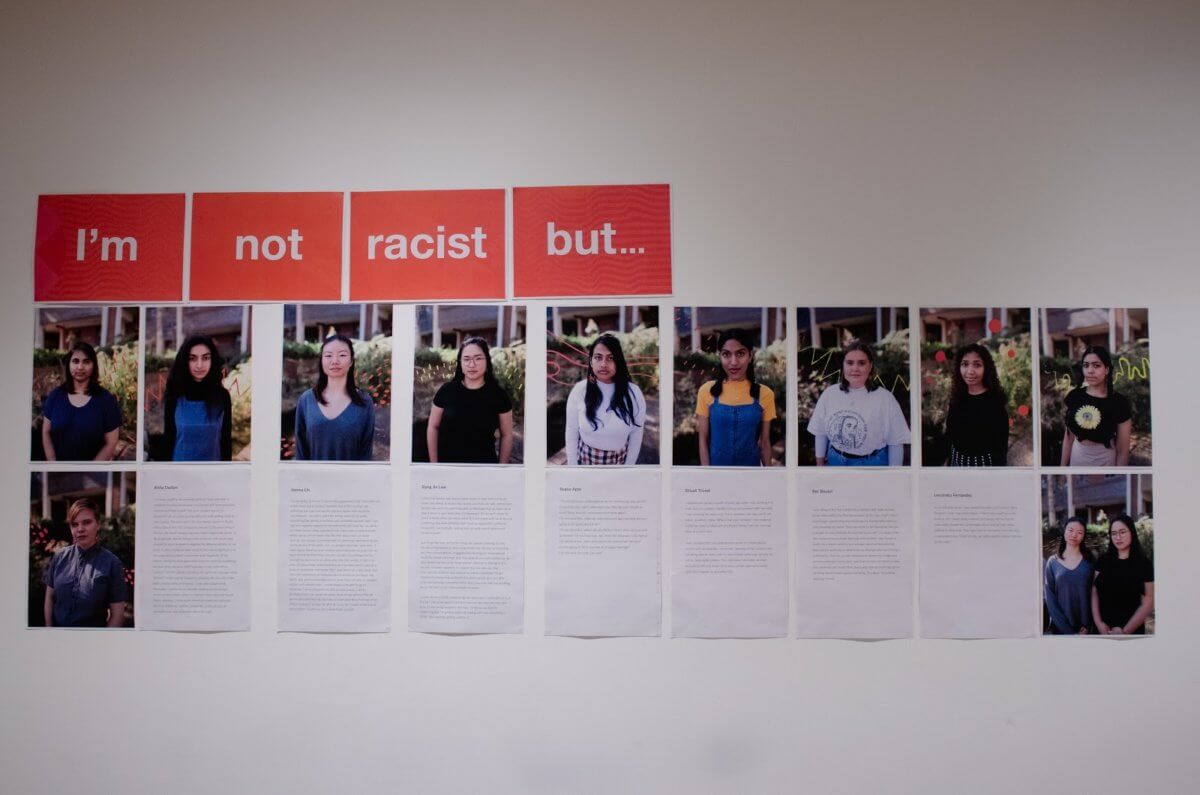 In an outstanding collaborative effort between ANUSA, the ANU Indigenous, Ethnocultural, and International Student Departments the campaign ‘I’m not racist but…’ was launched on Wednesday of Week nine. The event was brought together by ANU staff and students to discuss their experiences of casual racism during their day-to-day activities on campus.

Following on from this year’s International Week’s theme of ‘Breaking Boundaries’, the organisers outlined that the purpose of the event is to help combat the casual racism many in the ANU community experience. From here on, organisers Ethnocultural Officer Aisha Setipa and Indigenous Officer Sarah Loynes, hope that the campaign will continue with repeated success in years to come.

As part of the campaign, the departments held a panel, which aimed to share “the voices of people of colour from different levels of the university.” Chaired by Nupur Apte, a third-year ANU student and co-host of Woroni radio show ‘Whatever You Fancy,’ the panel consisted of three speakers: Maeve Powell, a PhD student specialising in Indigenous studies, Likim Ng, a PhD candidate within the College of Law with a focus on critical legal theory in regards to refugee law, and Hazel Ang, the International Students’ Department Officer for 2019.

The panellists discussed their experiences of casual racism and how it has affected them, particularly in the university context. Although the speakers were all different ages, ethnicities and had different experiences, they all had an example to share. They are not alone, if you have a spare moment, have a look at the gallery of stories from the ANU community near the wooden stairs.

Casual racism is a prevalent and harmful part of our society. Something as seemingly innocent as getting someone’s name wrong, when there are only two South-East Asian women in the group, can, in fact, be incredibly offensive. Furthermore, because it is accepted as being ‘not that racist’, casual racism can be internalised and the effects minimised by people of colour. This is why this campaign was launched, to bring the issue of casual racism to the attention of others.

In terms of what the university and students can do to make people of colour feel safe and included, Maeve Powell said that it was perhaps time for the university to take a step back and listen.

There are decades of work and literature done that should be celebrated which never see the light of day. Diversity in scholarship, says Likim Ng, will bring new perspectives to academia and ultimately benefit any discipline.

For Hazel Ang, she explains that there is a tendency to group all international students in one category when addressing concerns when it is so often not a one-size-fits-all solution.

As for students, we all have a responsibility to be aware of the effect our words can have on others. Sometimes, however, silence is just as harmful. The conclusions of the panel encouraged everyone within the ANU community to call out casual racism, support those who do and be aware of your own internalised biases. Nobody is perfect, but everyone can learn.