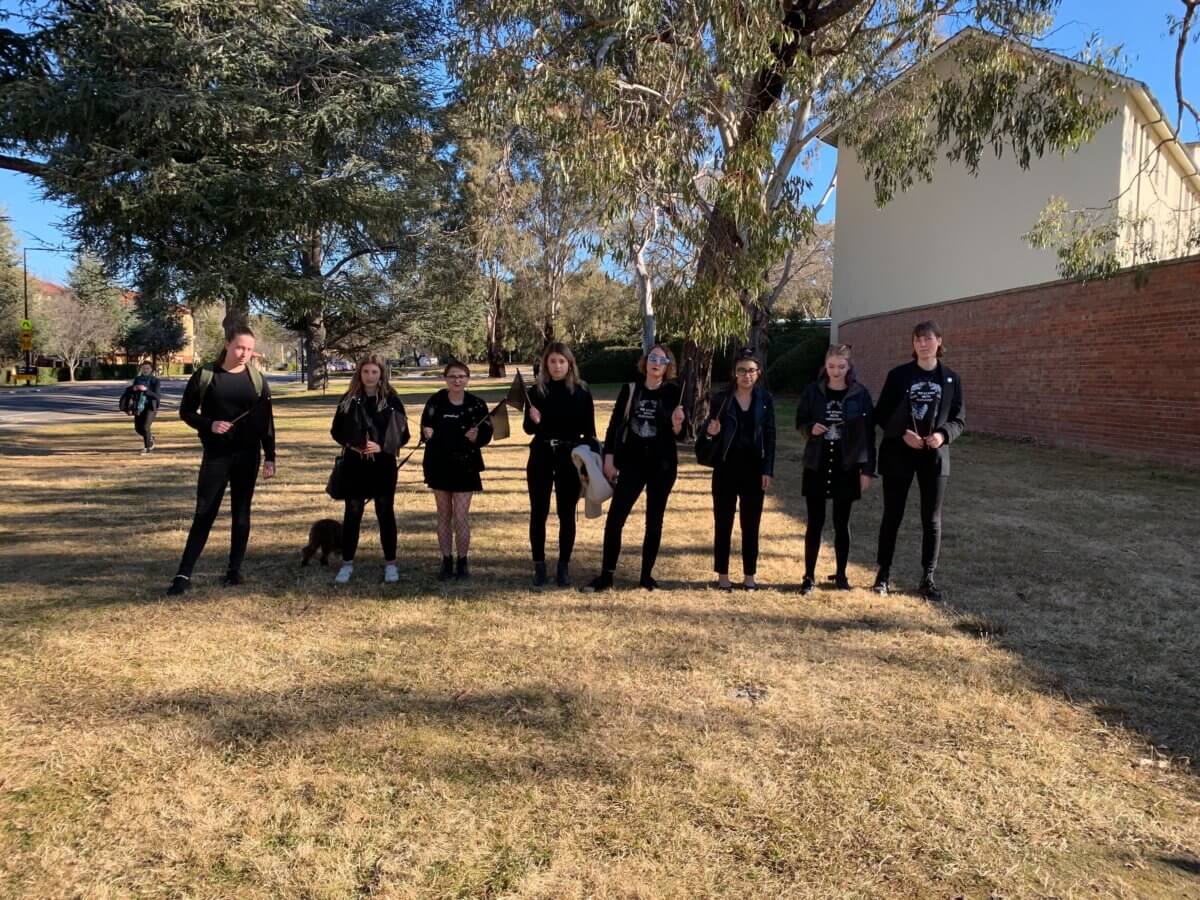 The ANU’s response to the August 1 sit-in outside University House has been, according to students, lacking and completely unacceptable. The event, which was organised by members of ANUSA, PARSA and the ANU Women’s Department, aligned with the two year anniversary of the release of the Australian Human Rights Commission report into Sexual Assault and Sexual Harassment at Australian Universities. The ‘Changing the Course’ report found that 38 per cent of ANU students had been sexually harassed and 3.5 per cent had been assaulted on campus at some point in the 12 months prior. Leaders of the event said that the sit-in was an effort to elicit a response from the ANU regarding their lack of action and to present them with the group’s report on preventing sexual violence at the university.

The 2019 report, entitled ‘One Step Forward, Two Steps Back’, is an update on collection of suggestions for immediate focus as well as a list of 15 demands to improve access and accountability for all students originally released in 2017. These demands include the creation of an ANU Sexual Assault & Sexual Harrassment taskforce and pre-arrival information and training for all students on consent. It is the hope that, despite the setbacks caused by bureaucratic red tape and communication issues, these suggestions can produce meaningful change.

Feelings of frustration were only heightened when members of the executive, who had been attending the Foundation Day celebrations inside University House, deliberately avoided protestors by exiting from a side door. To many, this action epitomises the failure of the ANU to respond appropriately to student concerns surrounding sexual harassment and assault. This was only made worse by the nature of Professor Brian Schmidt’s response to the group, the Vice-Chancellor appearing for less than a minute and speaking only briefly to the crowd. Later, when addressing a crowd of students, Chancellor Gareth Evans insisted that Professor Schmidt and the rest of the board were very conscious of the issues presented in the 2017 report and that they were making efforts to improve the systems in place. However, many students felt that the Vice-Chancellor’s absence in combination with the lacklustre progress over the last two years spoke volumes to the reality of the situation.

The overriding concern for most students has become the almost complete lack of communication between the ANU and the student body as well as the sluggishness at which long-term change is being adopted. This can be seen by the fact that the Respectful Relationships Working Group, a group designed to coordinate the ANU’s response to sexual assault and harassment, has only met once in the last eight months. One student even commented that “communication has been…at times deliberately evasive”, encapsulating a growing apprehension among some students that the ANU’s efforts to report and reduce sexual violence are not sufficient. As a result, many believe that despite the ANU’s pretence, the 2017 report has resulted in almost no meaningful, long-term change. A speaker at the event stated that “the University has taken significant steps to limit student participation in the review process and restrict access to the results”.

Many students felt disillusioned and betrayed by the actions of the ANU’s staff in responding to this matter and are looking for an immediate improvement in communication and action. Former ANUSA Women’s Officer Laura Perkov surmised that she hoped “the university will finally take responsibility, because after all, that’s all we are asking for”.

While it cannot be denied that preventing sexual violence is incredibly difficult, the sit-in at University House has shown that the students of ANU do not believe an appropriate level of action is being taken by the university. It has been made clear, however, that the ANU do not take issue with their response despite how poorly it has been received by the student body. As a result, until the proper action is taken to improve facilities, it is unlikely that students will see any significant change in this space anytime soon.

Editor’s note (2/8/2019): An earlier version of this article stated that it was the Respectful Relationships Unit that has only met once this year and that the list of student demands was from 2019. This article has since been amended to correct this. We apologise for this error.