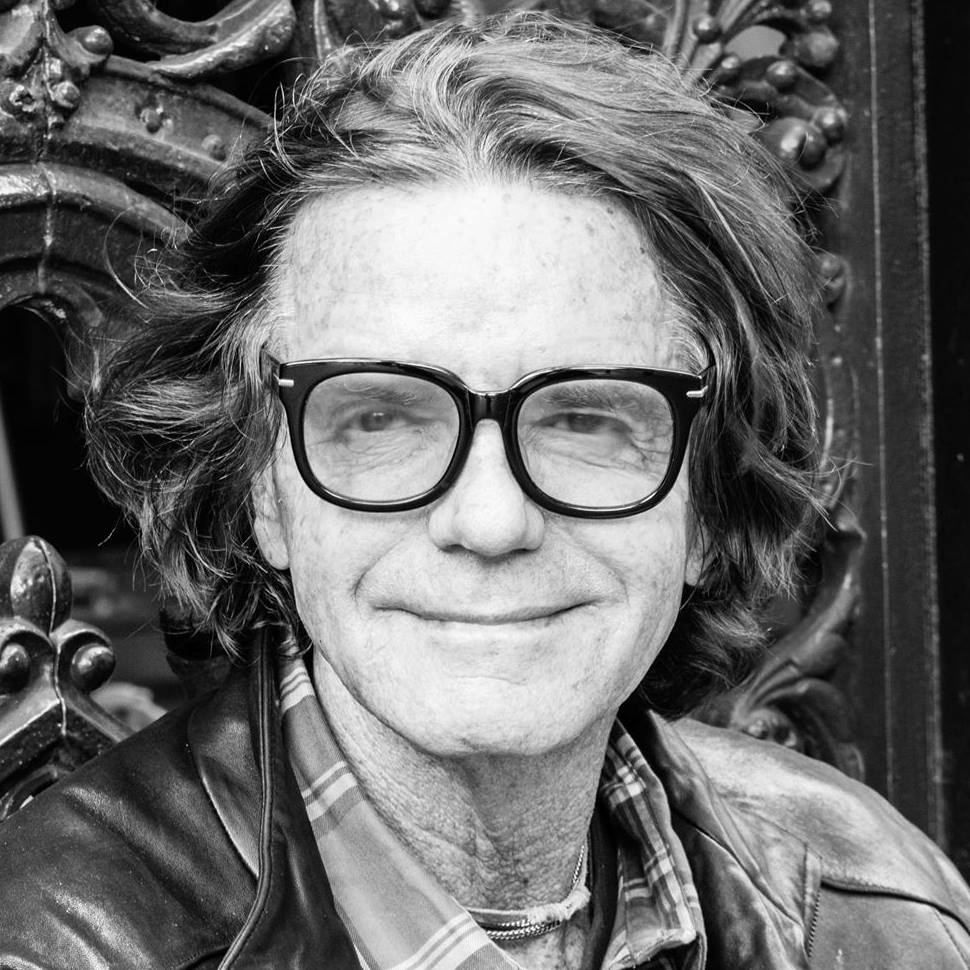 ANU’s Women’s Department officer Laura Perkov has condemned the ABC’s flagship program Q&A for inviting Charles Waterstreet, a lawyer who has been accused of sexual harassment, onto the show for its #MeToo special.

In an open letter which was sent to the ABC on Wednesday afternoon, Perkov wrote that she was angry and concerned at the invitation:

“Charles Waterstreet is the very person that #metoo stands against. Inviting him to speak on a panel where he can legitimise his actions is an insult not only to the thousands of women who have stood up to sexual harassment and misconduct in their workplaces around the world, but specifically the women who have come forward about Charles Waterstreet’s behaviour towards junior employees.”

In a statement published by the Sydney Morning Herald, Waterstreet denied the allegations:

“The circumstances of Miss Huang’s exit are not accurately reported by New Matilda and subsequent articles,” the statement read.

In a 2012 interview with Sydney University’s Honi Soit, Waterstreet described his approach to sexual relations with students during his tenure as a law tutor at the University of New South Wales:

“I made a pledge with myself not to sleep with any students until the graduate course,” he said. “Then I took them two at a time.”

Waterstreet, who is the lawyer that the ABC television show Rake is loosely based on, has also penned a number of controversial articles in the Sydney Morning Herald and Sun Herald. One such piece, published in 2011, was written in response to a legal case where a man was accused of sexually assaulting his partner while she was asleep. Waterstreet wrote that:

“The couple made love several times before falling asleep, presumably from exhaustion. [The accused] presumably thought he would have one for the road and did not disturb her”.

Woroni reached out to Nina Funnell, a sexual assault activist and journalist who has written extensively on the Waterstreet allegations, who said that the ABC was not taking sexual assault survivors seriously enough:

“It is hugely ironic that on a #MeToo special the ABC have offered a platform to an alleged sexual harasser, an apologist (Rachel Griffiths), a male lawyer (could they not rustle up a single female lawyer) and a token female academic,” Funnell wrote.

Woroni has also reached out to Q&A for a comment.

You can read Perkov’s full letter below: 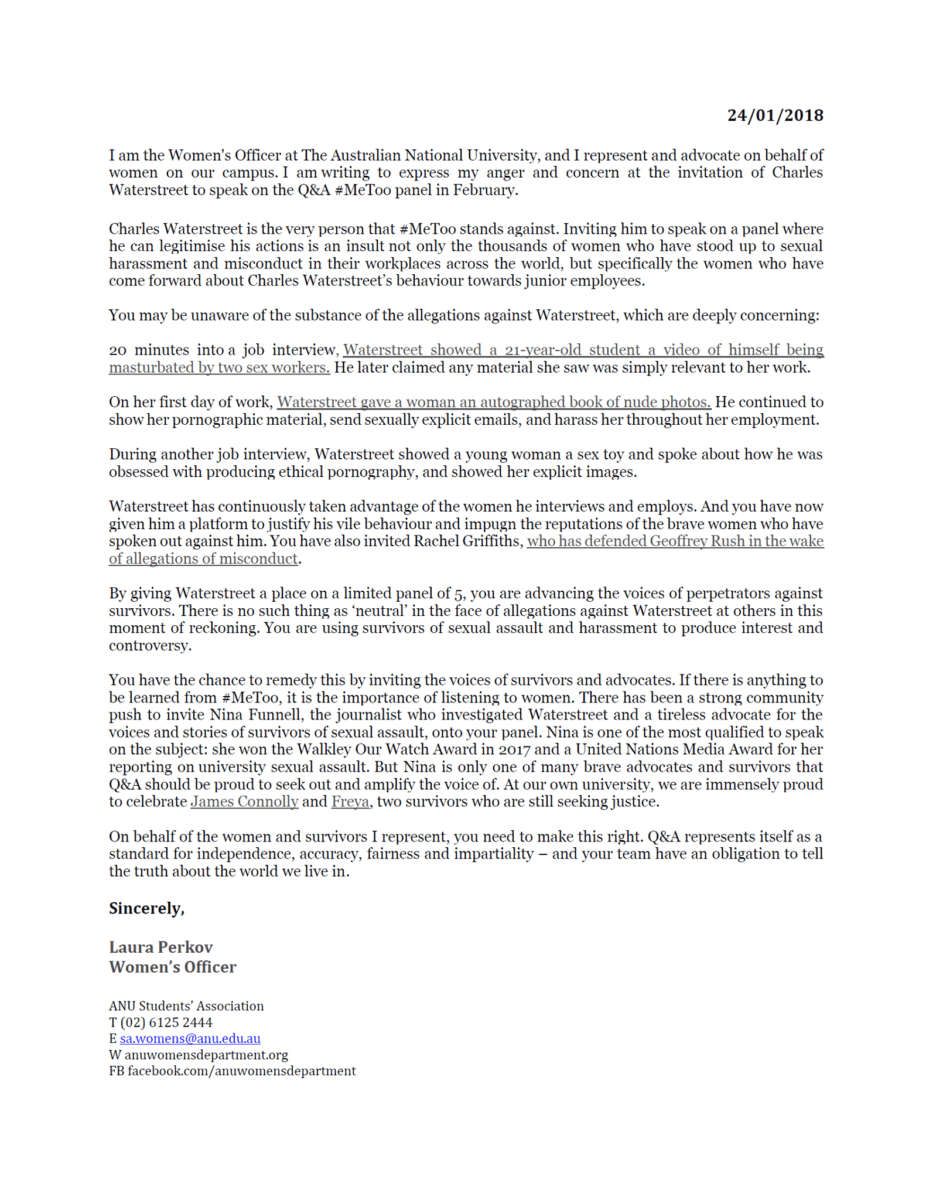