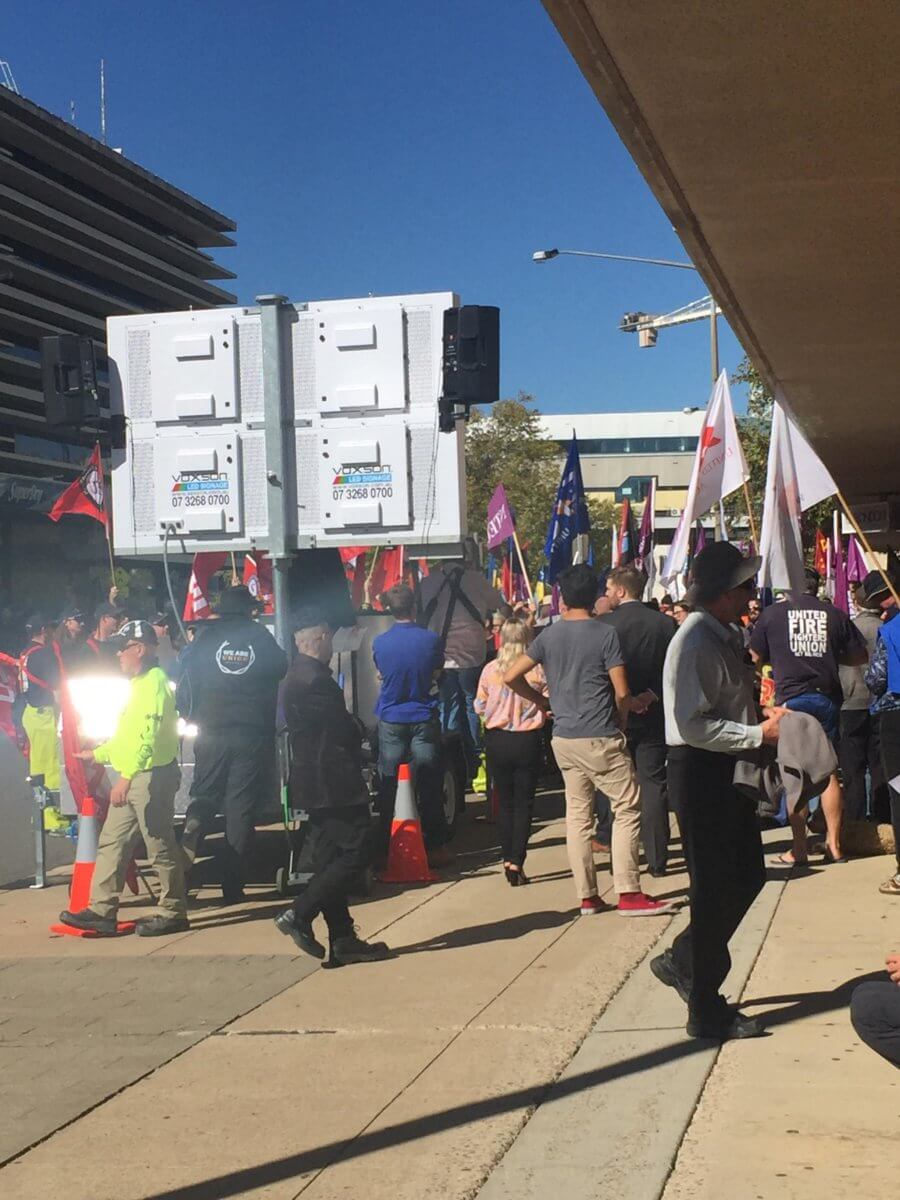 ANU tutors have rallied alongside members of ACT Unions to fight back against the casualisation of the university workface, as part of Australian Unions’ national 12 days of action.

The rally was attended by members of the United Firefighters Union and National Tertiary Education Union, as well as nurses, teachers and public servants.

One of the key issues attendees were protesting was the increased casualisation of jobs limiting workers’ access to employee benefits, such as sick leave and paid parental leave, and their lack of job security.

ANU tutor and PHD candidate, Blair Williams, told Woroni “tutors have no guarantee of whether they will have work next semester” and that this semester she found out a week before classes started that she would be tutoring because there was an unanticipated level of enrolments in her course.  Williams says that she has gone four to six weeks without receiving her pay from the ANU.

Today’s rally forms part of a nationwide campaign to “Change the Rules” of what the Australian Council of Trade Unions calls “the broken industrial system”. The aims of the campaign are to fight the casualisation of the workforce, allow more workers to take collective action to improve their conditions and address the gender pay gap.

While attendees were impressed with the turnout at today’s rally, when asked whether the government is listening a member of the ACTU Executive told Woroni that “they know where we stand on this and they know where they stand on it”. He stated that union membership is in decline because “smear campaigns have made people suspicious of the unions”.

According to Williams, uncertain working arrangements make it hard to plan for the future. She is fighting for the university to stop casualising the workforce and “have proper tenured jobs”.

Anyone employed by the ANU as a tutor is a casual seasonal academic.