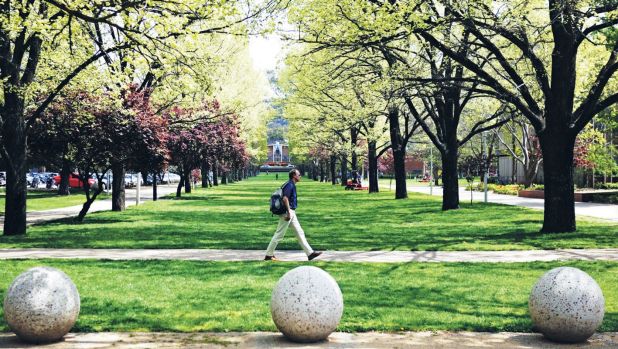 The ANU has accepted the Human Rights Commission’s nine recommendations following the release of a survey which found at least 116 ANU students were sexually assaulted in 2016. The University has also accepted the ‘majority’ of the 15 recommendations made by ANUSA and PARSA.

In a press conference on Tuesday morning, the vice-chancellor, Brian Schmidt, said he wanted ‘to start by saying sorry.’

‘I also want to say sorry to any student, to any staff member, to any member of our alumni community who has not received what they needed from the University in dealing with sexual harassment or sexual assault,’ Schmidt said.

‘The University will work with our students through the new Steering Committee on the other proposals they have made, including exploring a restorative justice process for the University.’

‘I pledge to the students and staff at ANU who are affected by sexual assault and harassment that we are acting, we will do more, and we will not cease until this stops happening in our community,’ Schmidt told a media conference.

In a joint media release on 31 June, ANUSA and PARSA asked for a student partnership with the ANU to develop adequate responses to sexual violence related issues.

‘Students need to be treated as equal partners, and their perspectives valued and considered,’ the statement read.

‘For decades, the issue of sexual assault and sexual harassment has not been taken seriously by universities across Australia … To date the response of ANU has been totally inadequate.’

A ‘Speak Out and Sit-in’ has been scheduled for 12pm, 1 August outside the ANU Chancellery. It has been timed to coincide with the conclusion of an ANU board meeting, and marks the beginning of public campaigning by student representatives in response to the report.

Student representatives have confirmed that campaigning will continue until the ANU affirms their recommendations. This may include action on ANU’s Open Day, to be held 26 August.

The central recommendations of ANUSA and PARSA focus on improving and making transparent ANU policy on sexual assault and sexual harassment. They demand independence, longevity and a focus on the survivor in the creation of new policy and services.

Nathalie Blakely, PARSA women’s officer, said, ‘Our students want a centralised sexual assault and sexual harassment policy, we want it to be properly funded and resourced, and we want to feel safe and strong in this community.’

In particular, there is a focus on transparency of ANU processes, following years of complaints about the ANU’s fractured and unclear policies on reports of sexual assault. Students have asked for transparency on how data is captured and evaluated, the rights and responsibilities of students and staff and the avenues for perpetrator accountability.

Transparent policy creation has also been called for residential halls. ANUSA and PARSA have asked for clear procedure on reporting and responding to sexual assault, which should include opportunities to report to the ANU or outside organisations. They’ve also asked that policies to establish the safety of the survivor should place the burden on the perpetrator rather than survivor.

The student associations have called for an ANU Sexual Assault and Sexual Harassment (SASH) Taskforce, resourced by the Senior Management Group, and reporting to the University Council.

A central and independent office, with separate staff, to coordinate support and investigations relating to sexual assault has also been requested by the start of semester 2019. This is designed to support existing services grappling with providing prompt support of survivors.

ACTION PROMISED BY THE ANU

A partnership between the ANU and ANUSA to fund a full-time Canberra Rape Crisis Centre counsellor was announced early July, with the counsellor commencing earlier than planned to support the release of the AHRC’s data. The current agreement expires in three years, with ANUSA and PARSA already calling for the ANU to commit itself to supporting the project into the future.

Brian Schmidt said in a 31 July media release, ‘I make a commitment to use the results of the report to identify areas for reform to improve the safety, security and wellbeing of our students and community.’

ANU action has instead focused on eradicating sexism and opening up dialogue on sex and consent.

ANUSA and PARSA have declared their support for the ‘Respectful Relationships’ portal, which launched prior to Semester 2. It recommended it take a prominent place in ANU’s online presence and be continually updated and embedded in syllabuses and orientation guides by the end of the year.

‘We do have to become more comfortable with difficult conversations about sex, about consent and about what it means to have respectful relationships with our peers, our classmates, our colleagues and our friends,’ Schmidt said.

ANUSA suggested this action could be built on with the creation of community standards attached to all contracts, and consent training be imbedded in the ISIS enrolment of students and training of staff. This is particularly pertinent for supervisors of higher degree by research and honours students, who are outlined as particularly vulnerable.

ANU has engaged with National President of the Australian National Committee for UN Women, Donelle Wheeler, to chair a working group on the prevention of sexism and sexual violence across the university.

The first short term recommendation from ANUSA and PARSA remains survivor focussed, as is concerned with the provision of ongoing and specialised support to survivors and staff who may become privy to disclosures.

The ANU has worked proactively to provide additional services on the day of the survey release and the weeks following. Additional counsellors have been provided and information about support providers has been placed at the fore of communications by the ANU and their residential halls.

Brian Schmidt said it was ‘important to remind survivors and people affected by sexual assault and harassment that confidential help and support services are available.’