This week, Federal Parliament will vote on a revised version of the highly contentious Religious Discrimination Bill. Yesterday, over 200 people gathered at Garema Place to protest the bill at a snap rally organised by the ANU Queer* Department.

Prime Minister Scott Morrison first introduced the Religious Discrimination Bill to Parliament in 2019. The bill emerged from the findings of the Religious Freedom Review, commissioned by Prime Minister Malcolm Turnbull in 2018, following the passage of same-sex marriage in late 2017.

After several revisions to the original, the bill will be voted on during the first sitting of Parliament this week. The government hopes it will pass before the upcoming election, currently expected to be held in May.

ANUSA and the Queer* Department jointly held the rally to criticise the bill. 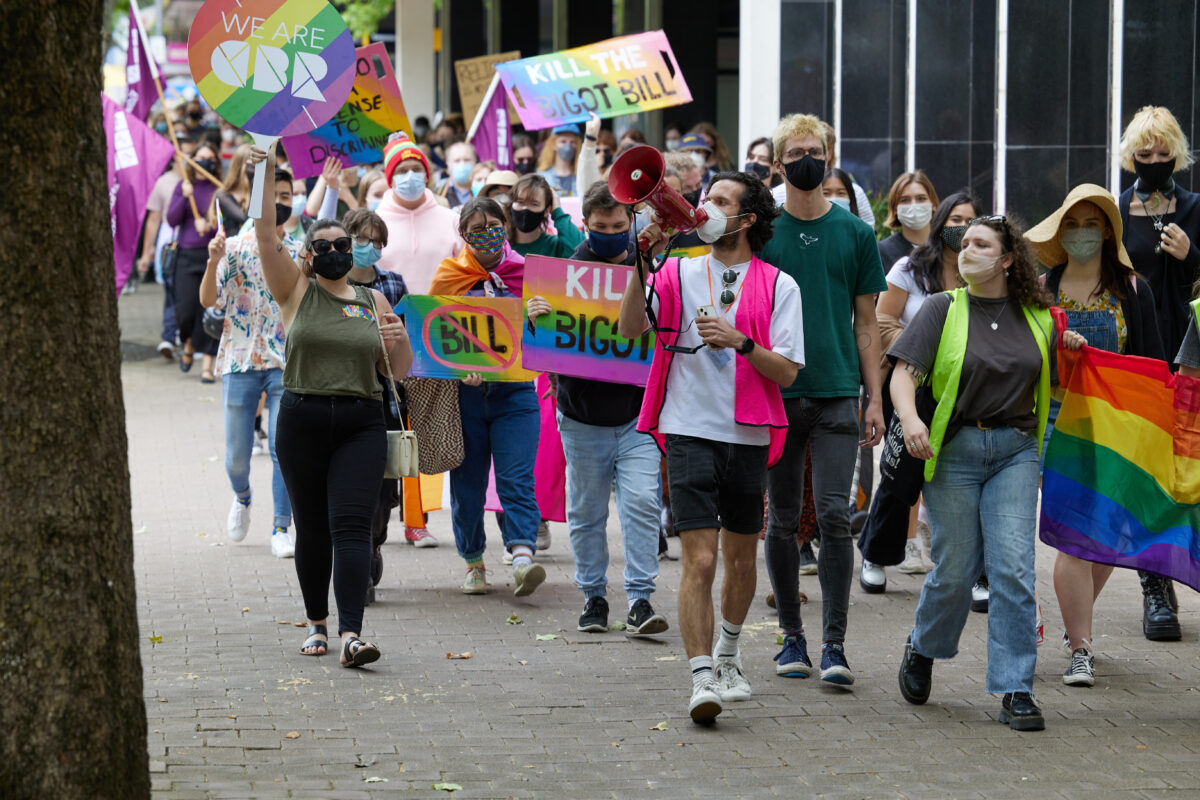 ANUSA Education Officer Beatrice Tucker outlined their opposition, “We believe no one should face discrimination, religious and queer people alike, but this bill licenses discrimination rather than preventing it.”

The ANUSA Queer* Officer Xya Romilio clarified the need for the snap action, “With Labor suddenly giving in to the Coalition’s Bill, our community urgently needed to raise marginalised voices against this attempt to further institutionalise homophobia and transphobia.”

Romilio expressed particular concern about the “statement of belief clause, which would permit extraordinarily hateful statements, causing harm to our queer students. It threatens to overrule state laws that were created after long fights for our legal protections.” ANUSA and the Queer* Department urged concerned students to call their MPs or leave a voice message after hours. Tucker explained, “Emailing MP’s is good but far less effective than a call,” and suggested that students “post about the bill all over social media and share the ANU Queer Department’s resources.”

The Department also directed students towards signing this petition against the bill.