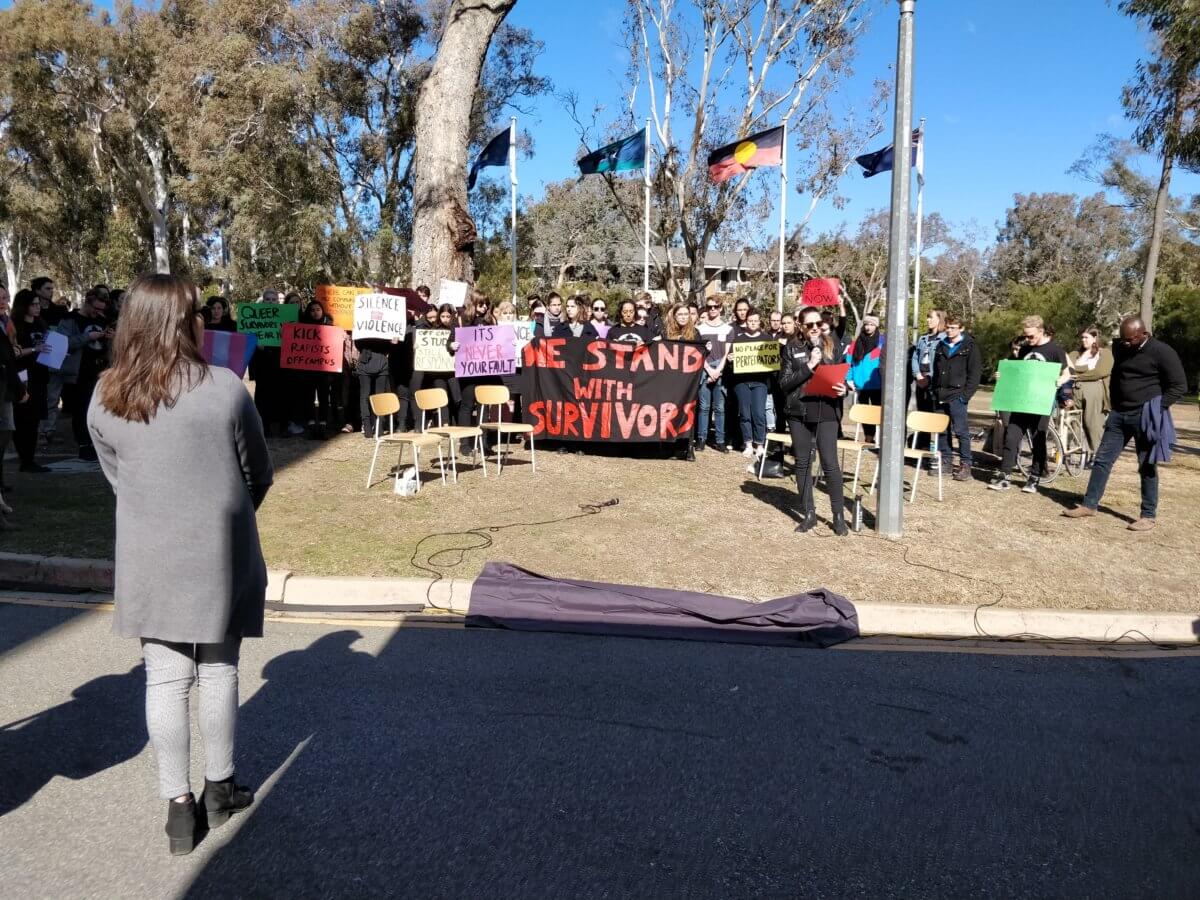 Many of the reforms brought by the AHRC report into sexual violence on campus have encountered their first O-Week. The Respectful Relationships Unit, consent modules and more cut their teeth amid the creation of Wright and Wamburun Halls and the opening of Kambri. We ask: what is being done to help new students stay safe as their relationship with, and understanding of, home changes? And what is not being done?

An Australian Human Rights Report released in 2017 concluded that one in four, or “26 percent of students were sexually harassed in a university setting,” in which women “were almost twice as likely to be harassed in 2016 and more than three times as likely to be sexually assaulted.” ANU was published in some newspapers as one of the worst in the country. Two years after said report, many reviews and personnel changes later, and two weeks into Semester 1 2019, we look into what occurs to make O-Week safer than in years past.

“The O-Week spike in SASH (sexual assault/ sexual harassment) incidents has been long noted in literature, most recently through the publication of the ‘Red Zone’”, said ANU’s Women’s Officer, Priyanka Tomar. That report said 12 percent of sexual assault incidents or attempts occurred during O-Week at the University of Sydney.

ANU, speaking to Woroni about incidents off campus, said the University “does not undertake or enter partnerships with private licensed venues for O-Week or other student related events.” That said, ANU-owned or associated residential halls frequently hold parties in these spaces.

“Alcohol is not the cause of sexual assault, which is symptomatic of a much deeper issue.” – Priyanka Tomar, ANUSA Women’s Officer

“The safety of our students is our first priority, both on and off campus,” ANU Media said. “We work very closely with the ACT Government, ACT Police and other Canberra universities to ensure our community is safe and the campus is accessible.” ANU also cites services such as the official safety and wellbeing app ANU OK as a means to “assist to prevent any incidents or respond to any incidents should they occur.”

While this collaboration encompasses many of the key stakeholders in this issue, the absence of one crucial party in the conversation and collaboration is glaring – that of the venues themselves. The question then arises, to what extent does ANU communicate with or have influence over these private venues?

The incidents that occurred in O-Week this year also draw attention to alcohol as a risk factor for SASH incidents at licensed venues, but Women’s Officer Priyanka Tomar said that “pretending like alcohol immediately equates to sexual violence is far too simplistic.”

“Alcohol is not the cause of sexual assault, which is symptomatic of a much deeper issue,” she said. “The incorrect causation drawn between alcohol and sexual assault only hinders our ability to deal with sexual assault on campus. It furthers harmful victim blaming rhetoric.”

Looking back on the efforts made by ANU to create a safe space for students, Tomar says, “this incremental movement towards a safer campus is not enough. Students have a right to safe university experience and ANU should be working harder to make that a reality.”

“It will take consistent, ongoing work to address the significant harm and trauma that survivors, and the community at large have suffered,” she said.

If you or someone you know have been affected in any way, please reach out to the support services listed.

1800 RESPECT The national sexual assault, domestic and family violence counselling service can be contacted 24 hours a day, seven days a week by calling 1800 737 732.

ANU Counselling The ANU Counselling Centre offers free, confidential and non-diagnostic service available to all currently enrolled ANU students. They provide on the day appointments every weekday at 9 am. No referral or Mental Health Treatment Plan from a General Practitioner is required to attend appointments.